Developer Torn Banner Studios brings new and long-promised customization options to its fast-paced, first-person slasher, Chivalry: Medieval Warfare, with the game's latest content update, according to a post on the studio's official website.

Alongside a long list of bug fixes and weapon balance tweaks, Torn Banner has added a customization system that allows players to colorize their soldiers' helmet, shield and tabard with new colors, patterns and crests. In a new poster (below) released in tandem with the content update details, it's evident just how colorful archers and knights can be.

Torn Banner also announced that Chivalry: Medieval Warfare has sold more than 1.2 million copies since its release in October 2012. Chivalry found success on Kickstarter last year, securing more than $85,000 in donations during the game's finishing stages of development.

For a breakdown of sales figures and details on "content update 2," head to the official Chivalry website. 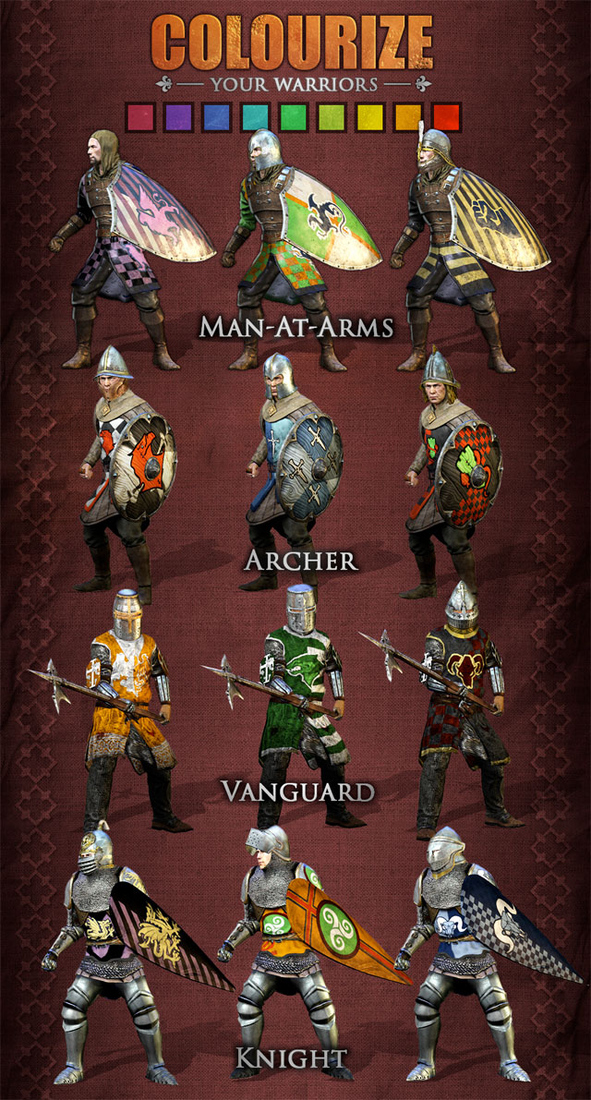