Mike Bithell is worried about being typecast, he tells Polygon.

In the summer of last year, Bithell's minimalist geometric platformer Thomas Was Alone went from being a little Flash-based side-project to a multi-platform indie darling. Bithell had been working with U.K. developer Bossa Studios, who at the time were best known for their Facebook release Monstermind, before edging into the often rocky shores of indie game territory. Now, out on his own roughly one year following the release of Thomas on consoles and Windows PC, he's already onto his second game - a modder-friendly crime-simulator called Volume. 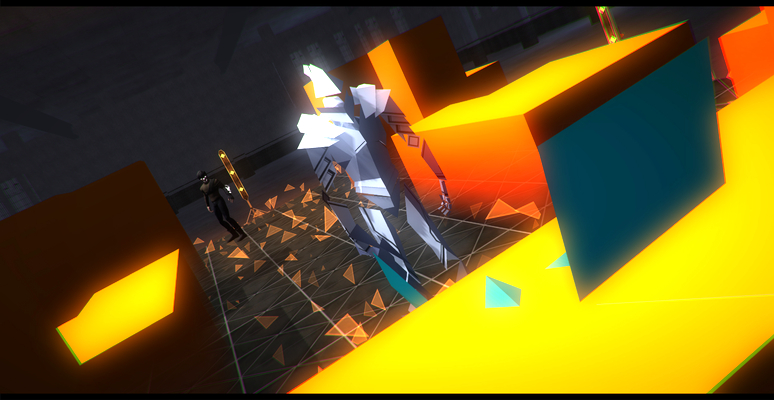 Bithell is taking his next step as an independent designer - something he's referred to as the "difficult second album."

"I think the act of creating something, at a basic level, is probably the same for everyone. And the whole second album thing is terrifying," he tells Polygon. "I'm scared of being typecast to Thomas, I'm scared that this game moves away too much and will annoy fans of that game. I'm just scared in general, basically."

His new game Volume has hints of the minimalist aesthetic from his earlier title. The game follows a a "different kind of hero," he says. The protagonist is clever and adept at room-solving problems. It's the kind of hero Bithell has wanted to play in a game for a long time, he says, but never had the chance. Volume is designed in the vein of stealth arcade titles. "It's a crime simulator," says Bithell, "the only wrinkle is that you can't kill anyone. You can never gain full domination of an environment so it becomes a game about fast-paced crowd control."

Volume is also designed with modders in mind. The "Remix System" will let players create their own levels and even edit the core game, then share those alterations as mods. "This massively opens up the game and hopefully creates a legacy where it'll take on a life of its own in the community."

Despite his fear of typecasting, Bithell describes his coming game as a continuation of the learning experience that began with Thomas was Alone. 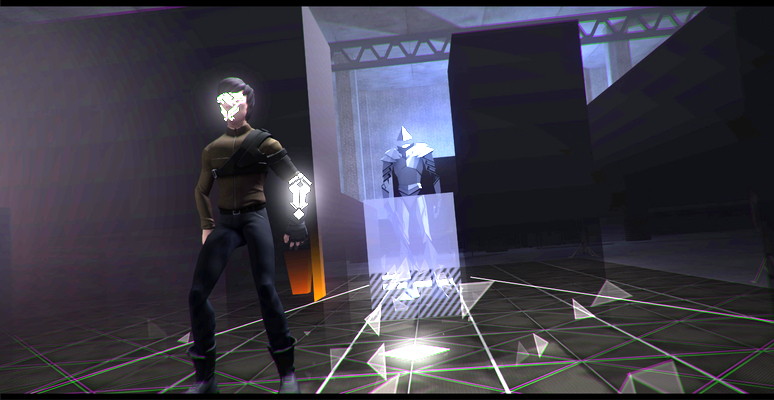 Volume's minimalist design is influenced by medieval design. Bithell became fascinated with the geometry that underpins medieval art and design. "We get distracted by the overlaying flourishes and fondness for flower prints, but underneath all that I found an elegance that appealed to me," he explains. " That definitely bled into the game."

"I really dig simplicity," he says, explaining how as a designer he aims to place mechanics at front and center of the game. "Simple forms and readable screens let the players engage directly on a mechanical level and that's really important to what I want to achieve here."

'I feel a lot more exposed.'

"Ultimately, I try to keep perspective, I've designed a bunch of games while working for other people, this is just one more, and there'll (hopefully) be a bunch more after it. My hope is that the game finds an audience which responds to it as well as folks did to Thomas Was Alone. That's all I can hope for now.

"The other big difference between this and the last one, is that people care this time around. Thomas made such a tiny splash when it was announced. This time around, I can actually see anticipation amongst fans, and I'm getting crazy numbers of interview requests. I feel a lot more exposed." 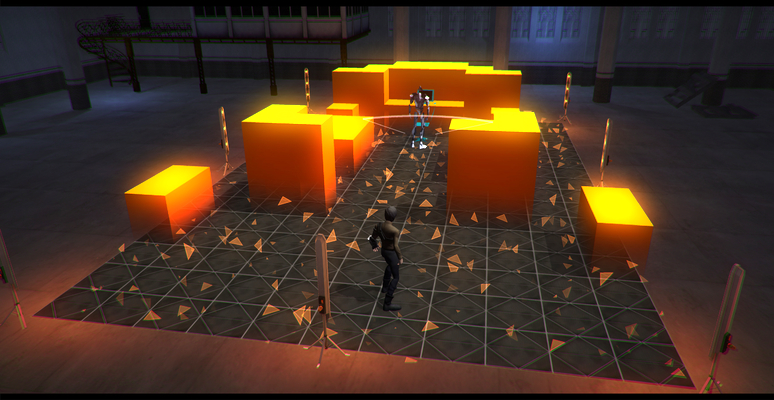 Story details will be announced this October at GameCity in Nottingham, England.