Review and information for Dishonored: The Brigmore Witches

Dishonored: The Brigmore Witches faces the dual misfortune of following up one of the most captivating stealth-action games in a decade as well as its excellent, first story-based downloadable content release, The Knife of Dunwall.

Where Dishonored built up the city of Dunwall and a whale-punk reality of high-technology, magic and dark, god-like figures, The Knife of Dunwall took the solid mechanics of the main game and pushed them in radical new directions. It worked so well because it pushed you as a player further than you’d gone before, and elaborated on and developed the events of Dishonored’s main narrative as well as the mysterious master assassin Daud.

By the end of The Knife of Dunwall, the stage was set for The Brigmore Witches to take the threads of Daud’s story and a parallel conspiracy and draw them tight. But Brigmore can’t maintain Knife's tension or momentum, and struggles in its latter sections to rediscover it. Brigmore’s first two thirds — often literally — retreads familiar ground for Dishonored, and it’s not until the last hour or so that it finds something new to offer. 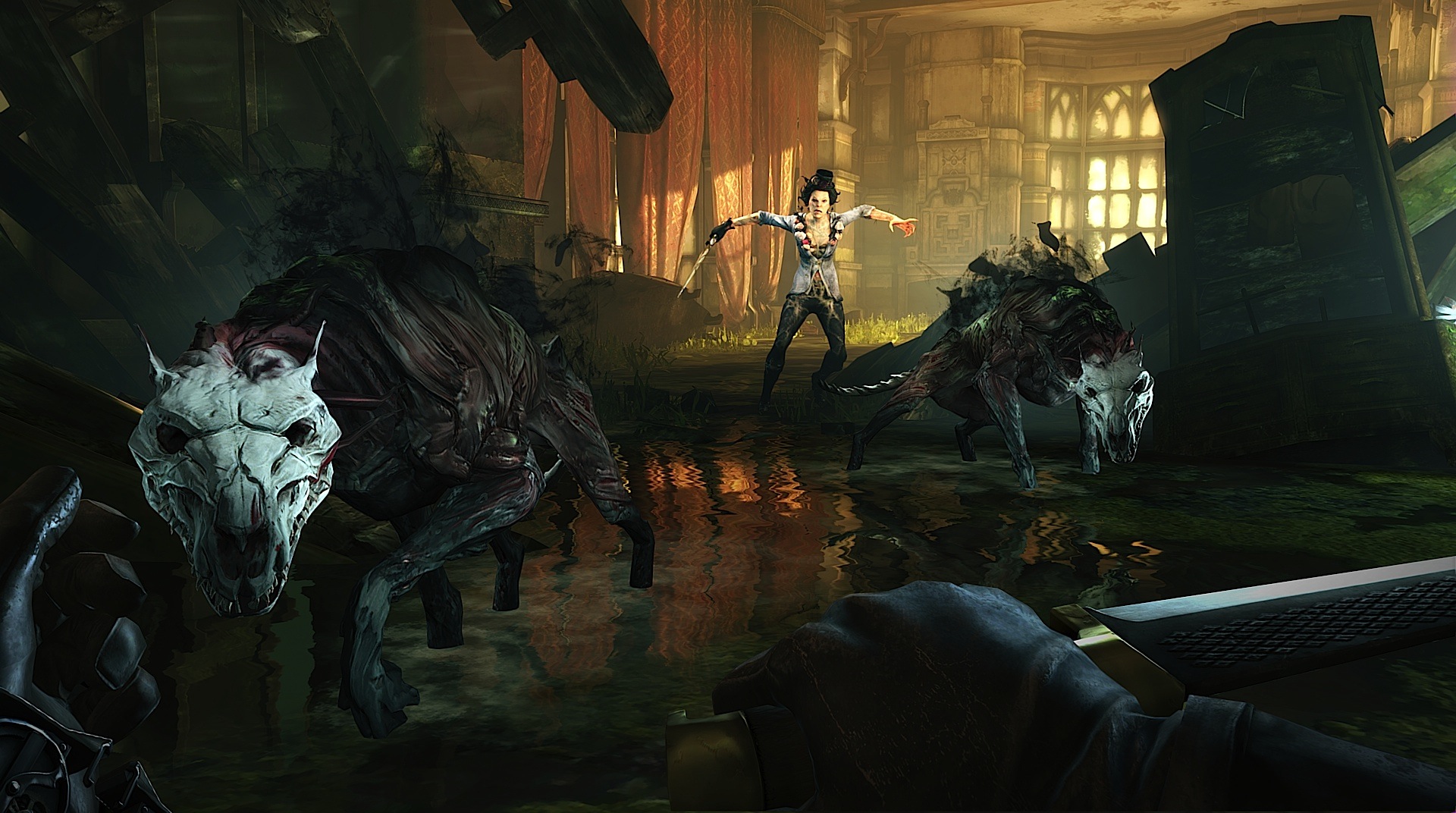 The Brigmore Witches picks up hours after The Knife of Dunwall leaves off. After successfully fending off an attempt to annihilate his guild, The Whalers, Daud leaves to find more information about the Brigmore coven, led by the mysterious witch Delilah.

I’d go into more detail, but there’s little point. The Brigmore Witches depends on having played The Knife of Dunwall to understand any of Daud’s motivations for finding Delilah, unraveling the conspiracy she sits at the center of and possibly finding redemption before his final act in Dishonored’s main story. Brigmore adds some additional impetus for Daud, but its predecessor does all the heavy lifting of character development and world-building — if you haven’t at least played The Knife of Dunwall you’re likely to spend most of this new DLC lost.

This carries over into the basic design and gameplay systems in The Brigmore Witches as well. Where Knife introduced nearly game-redefining changes to Blink, the short-range teleport that serves as a vital part of Dishonored’s sense of exploration, mobility and environmental versatility, this new DLC doesn’t have anything so revolutionary. Instead, most of The Brigmore Witches feels like additional scenarios to experiment with the basic changes developer Arkane made to Daud from Dishonored proper.

"It's stunning how non-structured everything in Dishonored can appear from a level-design perspective, but as you experiment with your approach and case your targets, it's clear how much thought went into possible player action. Dishonored establishes a language of player possibility, fostering a 'why not' attitude instead of focusing on relentless objective-driven design. Corvo has to take down the figures who set him up, as well as their benefactors, but whether that means death or a more poetic end is up to you."

"There's still a fair bit of trial and error involved in executing more complex platforming tricks, but where Dishonored often felt like a series of satisfactory results, The Knife of Dunwall feels like a series of successes — albeit punctuated by a lot of saving (and swearing) and reloading. When combined with the snaking, intertwined objectives and goals of most of The Knife of Dunwall, goals that might sit at odds with each other or result in surprising, unintended consequences, this new bit of Dishonored sharply focuses on the successful mechanical elements of the main game — the navigation, the sneaking, the tools, the hiding of bodies, whether alive or otherwise." 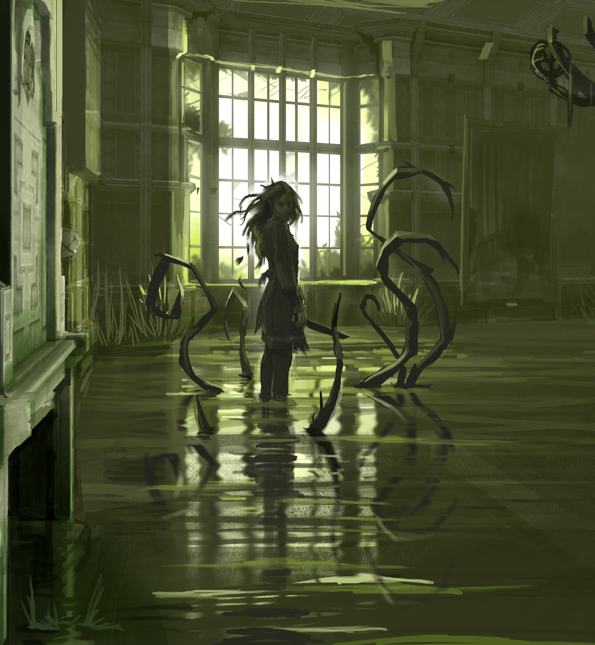 The Brigmore Witches spends most of its time wading through this sort of sensibility. For the first and second act, the world-building that served Dishonored so well is largely relegated to small intrigues and some basic, additional explanation of the politics and conflicts running through Dunwall’s various gangs. There are hints here and there toward a grander conspiracy and the Brigmore coven’s involvement, but the threads of Daud’s role in the coven’s plans aren’t pulled taut until the very end of the DLC.

The jump from predictable iteration of Dishonored and The Knife of Dunwall’s design sensibilities to the legitimately new and unpredictable elements that Brigmore closes with is so sudden that I was at a loss. Despite the frustration that followed, the final stretch includes the only really novel mechanical additions that Brigmore has to offer — it changes the way that stealth players have to engage with and navigate the environment almost as much as Daud’s new Blink did.

The story isn’t quite as fortunate. The coven’s plans come to light abruptly and with less fanfare than I would have expected, and it bleeds much of the revelatory power that discovering the nature of Delilah had in The Knife of Dunwall. Even Brigmore’s conclusion seems deflated somehow, rushed out over the course of a few minutes.

The Brigmore Witches ignores the tension and build-up that its predecessor established, both narratively and mechanically. Instead of continuing from where Knife left off tonally, Brigmore starts a few feet back and to the left, and it suffers until it manages to find design ideas to call its own. Brigmore does serve as a functional end to Dishonored, and there are worse things than to feel like âjust moreâ of one of the best games of 2012. But after the consistent, clever redefinition of The Knife of Dunwall itâs disappointing to see this final chapter take so long to find itself.

Our review of Dishonored: The Brigmore Witches 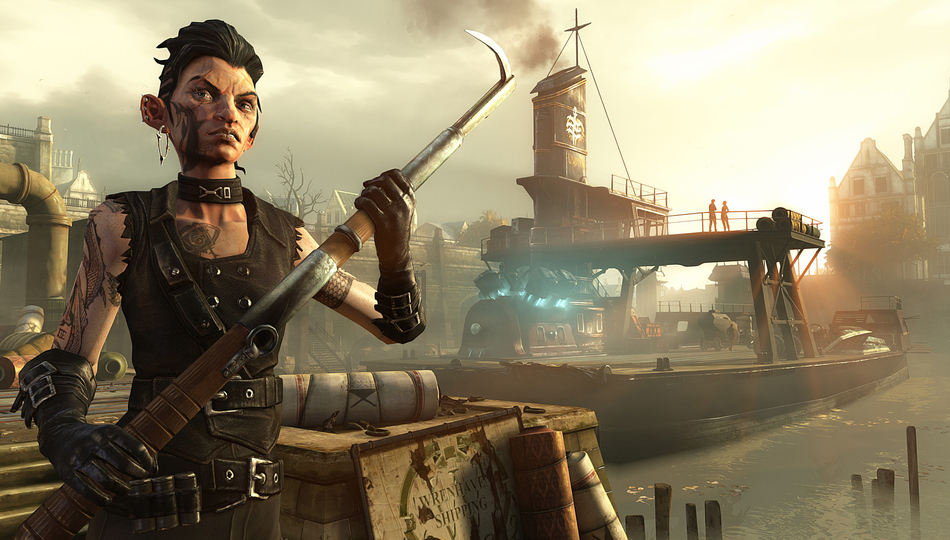