It's time for more leading women in games

Share All sharing options for: It's time for more leading women in games

"If you're sick of the gender imbalance in today's video games, here's your chance to flip the table."

Gender Bustin' invites gamers to re-imagine their favorite game characters in alternative genders, mostly meaning as female instead of as the default male.

Gender Bustin', along with other cultural touchstones like Tropes vs Women in Games, the Gender Bent Justice League and artist Shaylyn Hamm's female-versioned Team Fortress 2 characters reveal a growing community who want to play games where character variety is adequately represented.

The dilemma is how.

One obvious route, barring an unlikely flush of games featuring female leads, would be to give people the power to play in preferred gender roles. In so doing, developers could begin to satisfy both fairness and growing consumer demand for variety.

Mass Effect accomplished this with male or female variant of the lead character, Commander Shepard. In the last game of the series, BioWare said that 18 percent of players opted to play as female Shepard.

Shepard serves as a good example of a character whose integrity is not diminished by him / her existing in more than one gender.

It is ethically questionable and commercially short-sighted

The Saints Row series also allows players to choose between a male or female role, seamlessly working either option into the game's anything-goes morality. In true Saints Row style, player gender can be swapped at the office of an in-game surgeon at any point during each game.

In video games, stories are shaped by the player's actions, so it makes sense that the player ought to wield more power over representation of the character itself. Much more so than in other forms of fiction, lead characters in games represent not merely themselves but also the person on this side of the screen.

Character creation is not unusual in MMOs and RPGs and yet it is rare in the kind of third-person adventures and first-person shooters that dominate the sales charts. This is both ethically questionable and commercially short-sighted.

There is the obvious argument that narrative, linear games are works of fiction, based on the stories of discrete individuals. The objection holds that these games are portraits of humans, not garments designed to be fitted for individuals.

Many games offer male leads with particular circumstances and backstories. Although they are essentially the same character you have played dozens of times before, each is an individual work of his creators. To offer more-than-one of him might be to taint his integrity as a believable character.

But games are not stories in the same fashion as plays or books or films. They are worlds to explore, toys to be manipulated in the hands of the player. It's interesting that games companies rarely miss an opportunity to brag about the freedom offered by their great open worlds and yet that freedom does not extend to playing their adventures as anything other than one man. 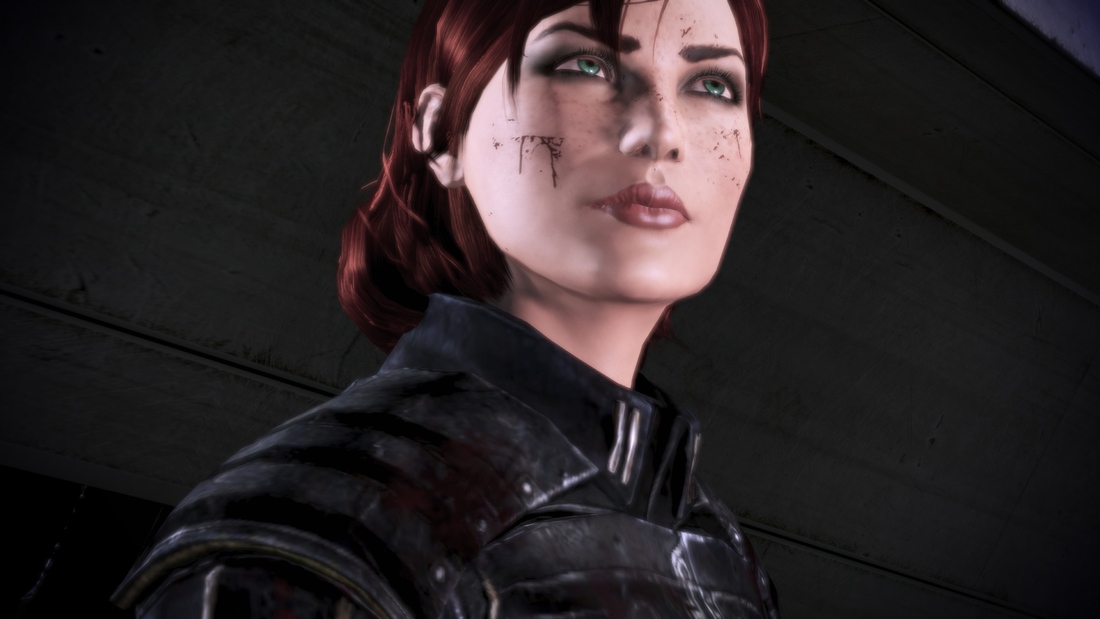 Many characters could be selectable as female. 'His' story might also work from the perspective of a woman. Ultimately, these characters are power-fantasy constructs whose motivations are generic family / vengeance / survival quests. We're not talking about particularly layered entities here.

Games tell stories, but they are primarily sandboxes. People do not say, "I can't wait to play as that character." They say, "let me loose in that fantastic world." The emphasis is on the player's interaction with the world first, with the adventure next, and only then with the avatar.

All forms of fiction have a long history of subverting that which is familiar, from modern-setting Shakespeare to biblical characters portrayed as vegetables. Games have the greatest opportunity to experiment, yet they make the least effort in doing so.

Another argument, specific to game development, is that implementing gender-options carries extra costs and narrative problems. Offering branching alternatives in narrative-based games is inherently difficult, the extra alternative scripts, voice acting, mo-capping and story-branching, for example, not to mention the problem of which version of the character to market most heavily.

But it is surely not beyond the ken of game designers to figure this stuff out, if they really want to. Just think of the effort that goes into mini-games, filler missions and unwanted multiplayer options, apparently more crucial to a game's mass acceptance than an alternative gender option. 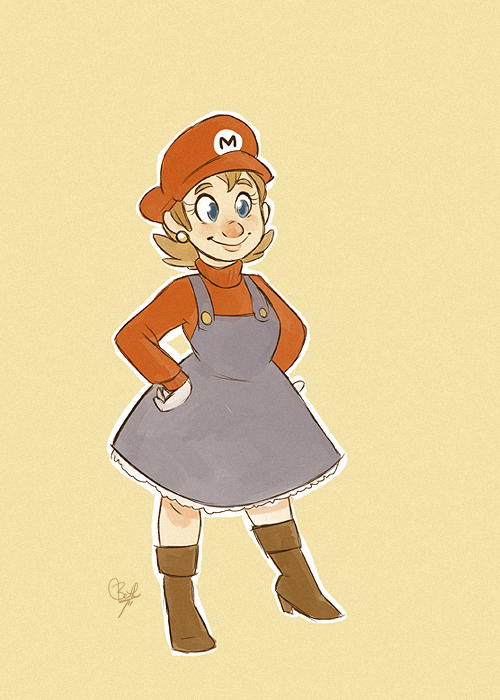 The suspicion remains that they just plain prefer working with male protagonists, believing that they minimize commercial risk by doing so. The game industry is still predominantly a male one. Change comes slowly not because of hostile resistance, but because people like to do the things they are most comfortable doing.

Ultimately, game creators have been doing the same stuff for 30 years. In the early 1980s when games first attempted to create human characters, the memory capacities of the day's hardware restricted the possibility of creating optional alternative lead characters.

That said, the designers of the day were much in thrall to traditional stories in which men adventured and women were victims, sidekicks or romantic interests. Warping this substantially, the fact that, overwhelmingly, the game market was viewed as being for males seeking out male-orientated power fantasies.

These obstacles are gone. The technical capacity exists to offer optional gender roles. The game market is no longer dominated by young, male consumers.

There are valid arguments against offering some characters in alternative gender roles. The world might not take kindly to meddling with beloved fictional individuals that have a long history and an emotional connection with millions of people. Gender-versioned Mario might, in reality, be something the world can live without.

Likewise, characters that deal with gender-specific story-lines or that have strong romantic stories or (say) father-daughter relationships with specific characters will also be problematic. Although, of course, none of this ignores the fact that we could use more romantic stories with female leads and more mother-child agency stories. 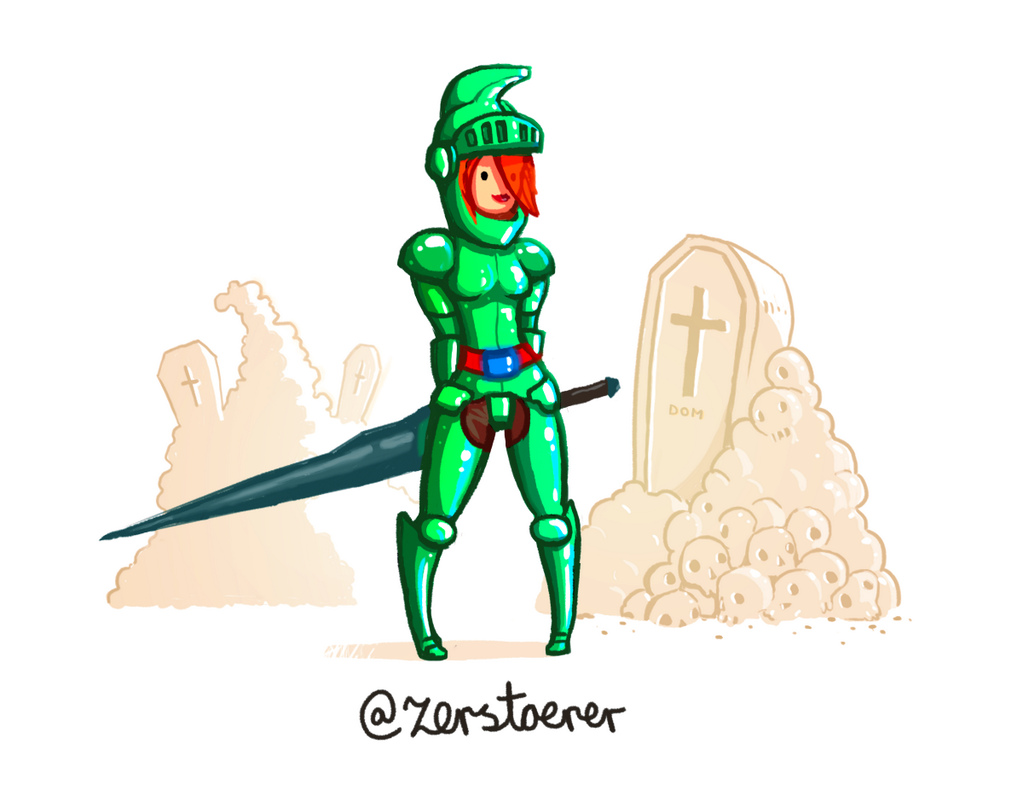 No-one is calling for a diktat that all fictional creations are offered to the public across an infinity of potentialities.

But gaming got to this place of homogenous male leads, of creative sterility, because the marketers believed that's what the world would pay for. This has not been an artistic choice, but a commercial one.

Projects like Gender Bustin' reflect the growing number of people who play games, and who would like to play as something other than the game industry's de facto stubble-faced, short-haired fella.

Of course, if gaming were able to provide an array of adventures featuring a genuine variety of lead protagonists, this might be a moot point, but such a thing, in the short term, looks unlikely.

Game developers are forever talking about how much they listen to the audience, how keen they are on offering choice and freedom. Now is the time to fulfill their boast.