Saints Row 4 is an over-the-top power fantasy with heart.

It knows what it wants to be: an outrageous exercise in player power fantasy. It succeeds, offering a glut of interesting challenges and a suite of bonafide super powers with which to take them on. And it does so while respecting the player's choice to cause chaos with whatever character identity they prefer.

You play as the leader of the Saints, once a street gang that's become the most powerful (and popular) organization on Earth. After an over-the-top prologue that sees you literally saving the world, you are thrust into the presidency of the United States, and subject to a devastating alien attack.

You spend most of your time alternating between story missions, side quests and simply running amok in the huge open world. Gameplay comes in a wide variety of flavors, with much of the fat trimmed from previous entries in the series. On top of genre staples like third-person shooting and racing, I found myself jumping among one-off sequences like fighting zombie hordes in a "supernatural bromance" parody, and battling neon tanks in a retro arcade throwback. The game moves nimbly from sequence to sequence, always offering something new and crazy to do. 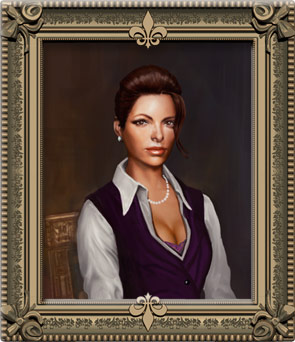 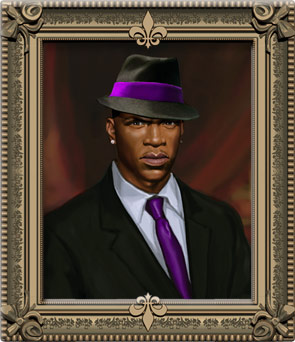 Every gameplay element in Saints Row 4 is escalated, thanks to your character's progression as a super-powered hero, increasingly able to bend the environment to your will. Within the first hour, you get the ability to jump superhuman heights and run with blazing fast speed. Soon, you're able to leap over skyscrapers, sprint past cars and destroy enemies with elemental powers.

These abilities — and the game's focus on them — blow the constraints off of a genre already known for player freedom. Saints Row 4 achieves this without sacrificing an effective progression structure, with the ability to upgrade almost every power, weapon and feature in the player's toolset. Want to run cars off the road with the power of your sprinting speed? Upgrade your run and have at. Want to one-hit-kill nasty alien troopers with your fists? Just throw money at that ability. Want to fly through the sky and dive bomb with nuclear power? Also possible. These choices always made me feel powerful, and this is Saints Row 4's greatest strength. 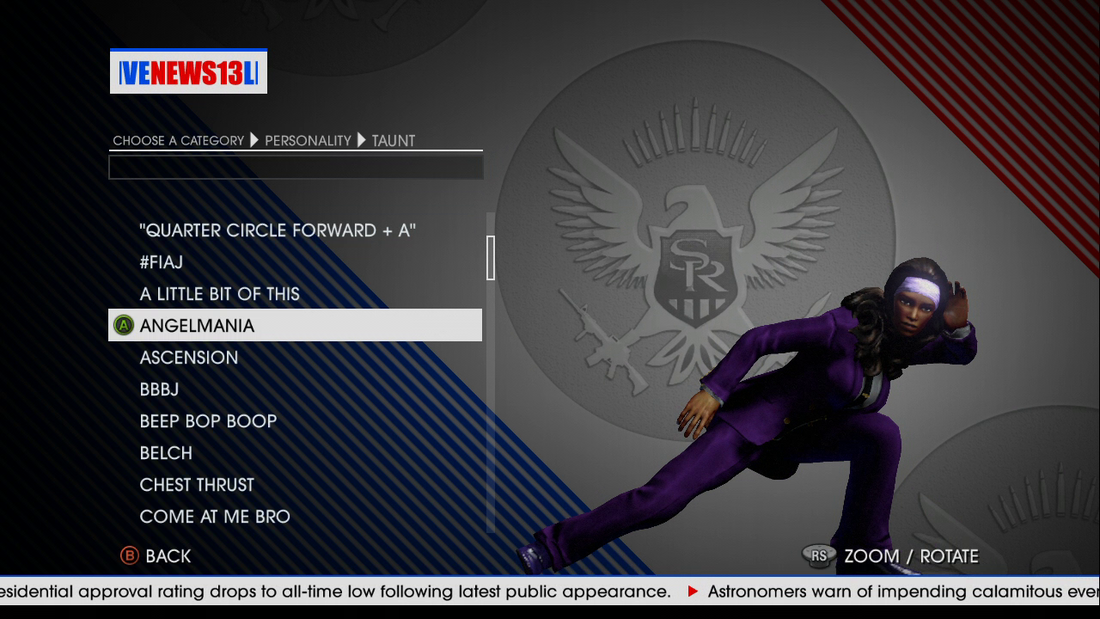 Impressively, the game scales to your burgeoning abilities. Volition has designed a worthy playground that teases new possibilities, with a healthy selection of challenges and secondary missions that kept me engaged — and allowed me to earn even more weaponry, buffs and upgrades.

Tying all the nonsense together is the story campaign. Ripping on every sci-fi game of the last five years (Mass Effect 2 in particular), along with The Matrix, Zero Dark Thirty, and buckets of nerd culture, Saints Row 4's narrative is dumb and lovable. The over-the-top characters are well-realized, down to their ridiculous outfits and individual existential crises (which all serve as fodder for missions), and the scenarios they find themselves in are constantly escalating. 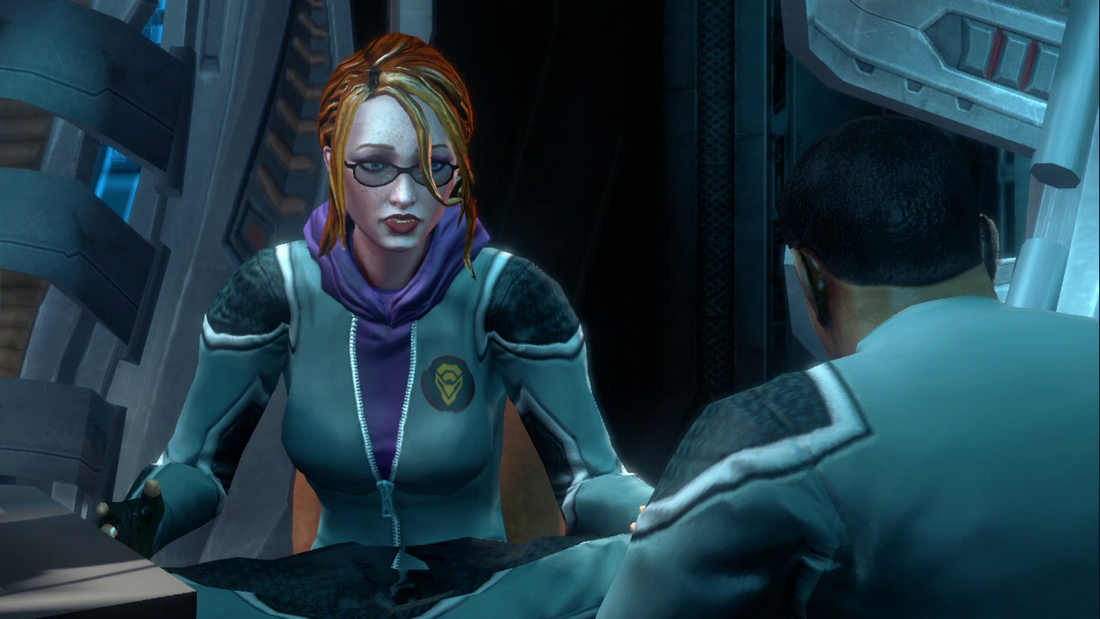 You don't need to have played previous games in the series to enjoy it, but Saints Row IV does revel in its goofy mythology. Beloved — and sometimes hated — characters and scenarios from the past pop up frequently. It's fan service, sure, but it also helped flesh out my zany crew and their backstories.

The writing is as obvious as can be — this is not a subtle story — but it completely works in the context of this world. While it's not always laugh out loud funny, the crazy themes and matching gameplay meant that I had a big, goofy grin on my face for nearly my entire playthrough.

The "anything goes" attitude carries through to Saints Row 4's treatment of gender. Playing as a woman, my protagonist was just as brash and bold as a male character. She could "romance" (another nod to the Mass Effect series) the women — as well as the men — of the Saints, and everyone — allies and villains alike — treated her the same way. The game even allows you to change your sex (as well as your race, body type, etc.) at any point along the adventure, and male-male romances are just as easy to create.

This isn't to say there's nothing problematic about the game's treatment of women. While it's toned down considerably from previous Saints Row games, there are still plenty of implied female sex workers (along with a few male leather daddies), and the strippers/go-go dancers lining up around town were always women — it would've been cool to have the choice for players who'd rather see men in that role. This feels like a vestige from the series' roots as a juvenile crime drama, and bizarrely enough, it's alien women who are most objectified (spy the many three-breasted alien statues lining the city's streets). 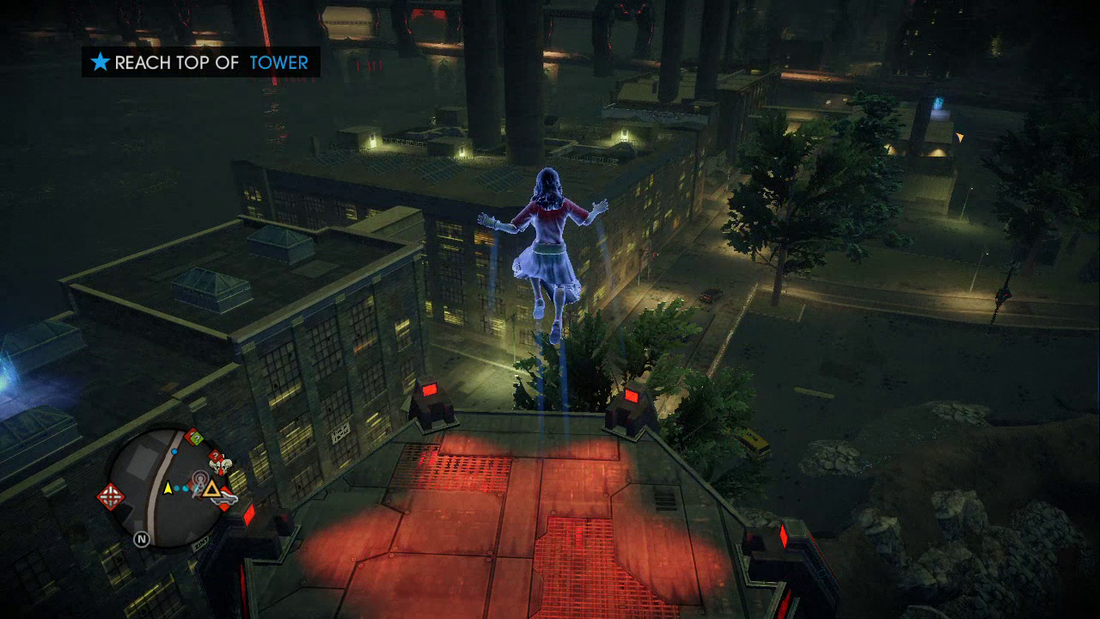 It's an annoying oversight in a game that otherwise treats gender in such a refreshing way. Saints Row 4 let me construct my own power fantasy, and play as the super-powered black lesbian president of the United States. So why not let me choose mascots or men instead of female-only strippers in the White House?

In almost every moment, Saints Row 4 feels like playing a cheesy superhero movie. Tied together by parody and pastiche, the whole world is just an excuse to throw gameplay variety at the player, and I felt like an over-powered badass throughout. It's not sophisticated or subtle, nor does it want to be. And the game's open stance on character customization and gender let me play the way I wanted to. Saints Row IV made me feel superhuman — and that's what this kind of game is all about.