Review and information for Charlie Murder

Charlie Murder is a product of very specific considerations.

The product of the two-person team at Ska Studios, Charlie Murder is a collection of Trapper Keeper punk rock fantasies. The characters and city in Charlie Murder look like they should have been drawn on notebook paper while the soundtrack sounds like it was recorded on a Tascam analog four-track. Most of the dialog is muffled and barely intelligible. This isn't an insult. There's obvious intention.

That intention hides a surprisingly sophisticated mix of old-school beat-em-up, combo-driven action game and the perks and loot of an RPG. That any of those things work by themselves is a Good Thing — that they work so well together is impressive. The only thing they can't quite seem to overcome is Charlie Murder's sharp difficulty curve.

And the goddamned phones.

Charlie Murder is the story of a punk rock band's quest to find and destroy the leader of a rival band bent on ... some kind of evil world domination plot, I think? The story is told through pantomimed actions, emotive mumbles and flashback sequences that, as often as not, are playable. This all functions pretty well, surprisingly enough, partly because of how seriously Charlie Murder doesn't take itself. The story is there, and it's not an afterthought, but it was obviously built around the need or desire to make a punk rock beat-em-up.

That game is difficult to explain, but feels seamless in practice. As you beat up enemies using a very fluid, skill-based combo system, they'll yield experience and often drop different kinds of loot, including weapons, armor and special use items. All of these tools are character specific — each band member has a specific skillset and strengths and weaknesses, per its RPG influences — and you'll only ever find gear that your character type can equip.

The gear in Charlie Murder successfully fulfills the risk/reward, cause and effect considerations that defines good action RPG loot systems. I frequently experimented with different kinds of modifiers, deciding if the trade-offs of lower damage might be worth a higher percentage bonus on elemental effects. I hoarded stat upgrade points just like I did in Diablo 2, waiting until I needed to have a specific minimum score in strength or speed to equip a cool new piece of kit. Games dedicated completely to experience and loot systems almost never get gear as right as Charlie Murder does.

Ska has taken the gear system and mixed in the traditional brawler elements like breakable weapon pickups and guns to create a combat experience full of options and quite a lot of chaos. In single player, this is pretty manageable, if often overwhelming. In co-op, I had a hard time picking myself out amidst everything happening on the screen, and it wasn't aided by the friendly fire I was consistently taking from random online players. This is less of a problem with friends, since you'll probably be more interested in working together.

This is a thing, in Charlie Murder. The time I spent playing in matchmaking was miserable.

Allow me this anecdote: to select new skills, to navigate your inventory, to read in-game email that often serves to develop plot, your character checks their phone. During one game, every other player on my team decided to check their skills and inventory at the same time, trapping me in a tattoo parlor, unable to move the game forward.

Just to clarify: Charlie Murder is the first game I've ever played to literally recreate the experience of four random strangers in a room staring at their phones rather than doing anything productive. With cooperation and communication, Charlie Murder is a fun, challenging multiplayer game. With random people online, it's my idea of hell.

Given how punishingly difficult Charlie Murder becomes in the second half (and even more so in the last third), you'll want to find non-random people to play with. I went from comfortably managing every encounter and boss fight in the game to dying repeatedly at various sections, which forced me to run through other cleared areas on the games' world map; no checkpoint system here. The latter issue wasn't a problem until the game's difficulty ramped up, but once I was dying regularly, retreading old areas felt more and more like a grind. 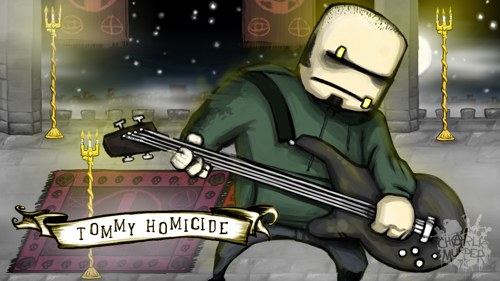 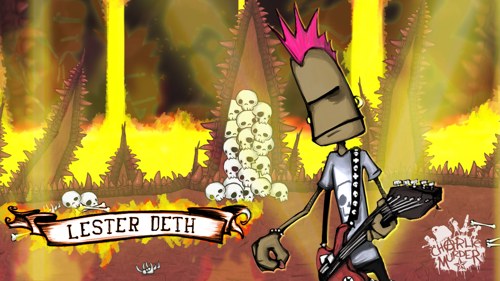 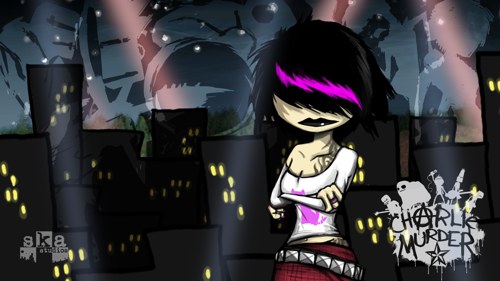 Difficulty and checkpointing are Charlie Murder’s main problems, but they aren’t the only ones. If you start a co-op game, each character can only be chosen once, and any leveling you do with one band member is specific to them. Unsurprisingly, this is even more frustrating playing online with strangers. I was also surprised and more than a little annoyed that the only female character in the game, Kelly, is relegated to the role of ... band manager. During any of the several performance mini-games, every other character plays an instrument via timed presses of the different face buttons. Kelly’s stuck shaking a tambourine using a single button.

Charlie Murder has lots going for it, as long as you never talk to strangers

Charlie Murder is dependent on finding friends. Alone, the sharp difficulty curve derailed me completely. With strangers online, I found an angry place inside of me I wasn't totally sure existed. Charlie Murder mixes so many elements so well that it's worth the effort to make it work — assuming you've got the friends, and the communication skills.

Our review of Charlie Murder 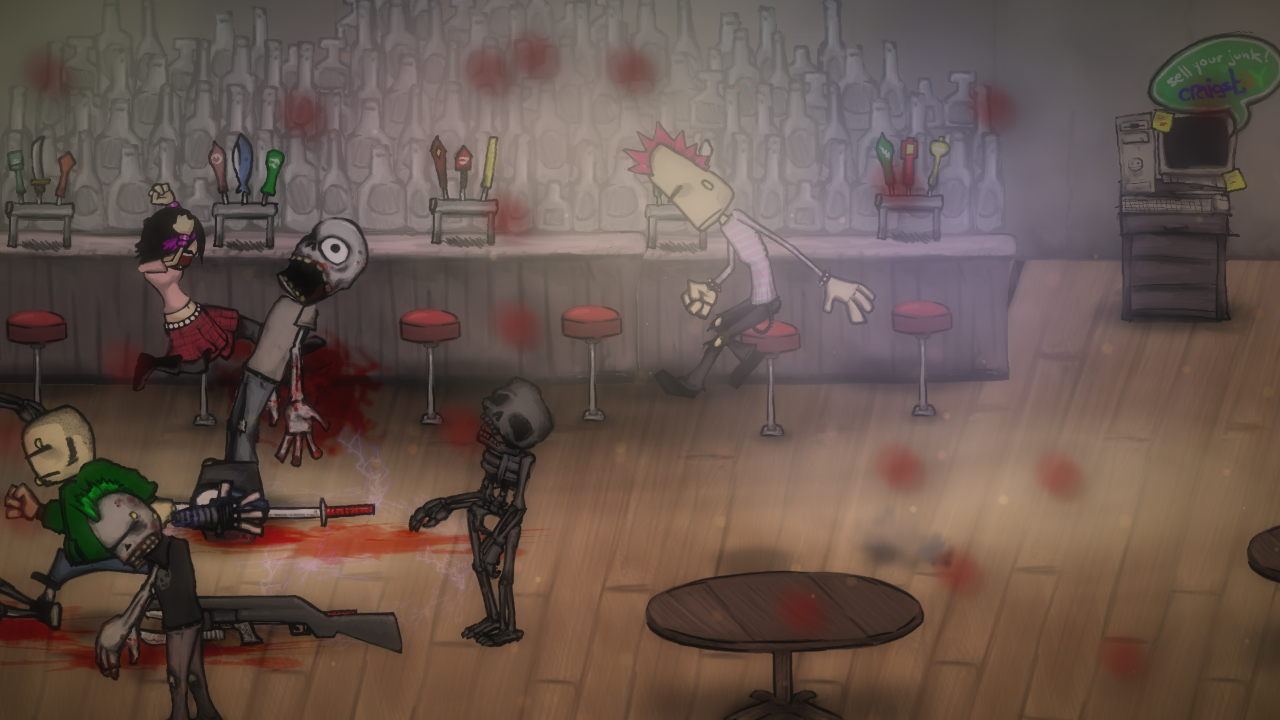