The University of Wisconsin-Whitewater is giving its students class credit for writing about video games.

GameZombie.TV is a university-run multimedia outlet focused on video games. Participating students received credit for web design, writing, video editing and assisting in site management — all wrapped up in the games journalism package.

The practicum was created six years ago by Spencer Striker, a professor who came to Wisconsin-Whitewater with the idea to create a student-run game website.

"The idea was that building a website was a great learning experience for students, and essentially it's a kind of 21st century learning," Professor James TerKeurst told Polgyon. With Striker's departure, TerKeurst, who teaches in the university's Media Arts and Game Development program, has taken over guidance of GameZombie. "Everyone is working together and they're all working with different skills, and working off each other."

GameZombie is comprised of a large group of students, between 20 and 30 at any given time, that develop a website dedicated to video game journalism. Students gather in smaller groups to work on projects, such as interviews and other video content, previews, news and opinion pieces. The group also houses 3D artists and web developers and programmers that handled the technical side of the website.

The current iteration of the publication is a hybrid, TerKeurst said; when Striker arrived on campus, he took an existing media studies practicum and modified it to focus on video games.

"It was more of a journalism thing, media production practicum, that was then modified for games," TerKeurst said. "He took both of these things and glued them together within our games course." 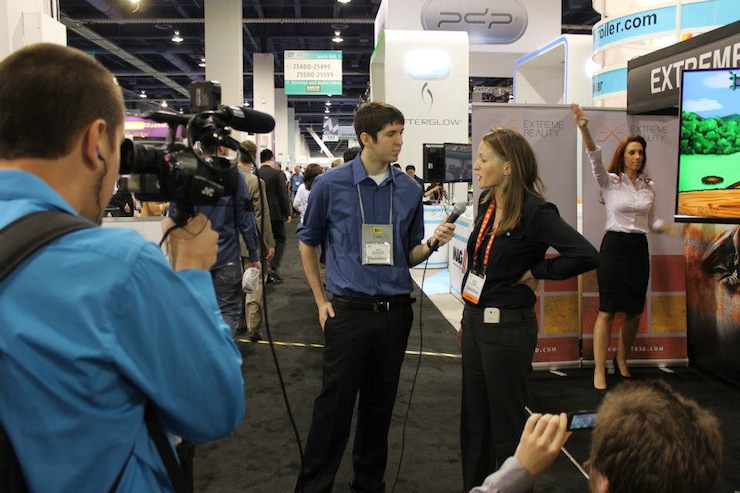 Semesters at GameZombie begin with a professor-created syllabus, which serves to guide students' output through the coming months. TerKeurst helps students set content goals for themselves within the first week, and from there it's up to the students to get those stories out the door.

"Writers might say, we'll have a total of 30 or 40 stories for this semester, and the video people might say, we're going to do one video a week," he explained. "3D artists may want to redo all the artwork and change the style. Last semester the development team redesigned the entire website, and we made a radio show."

According to the practicum's instructors, about 30 percent of GameZombie participants at any given time are volunteers who participate without receiving school credit. But regardless of commitment level, they are all required to set goals and meet them throughout the semester.

"My job is to make sure there's a proper pedagogical outcome to suit all that," TerKeurst added. "It's all about negotiation."

Students can only take GameZombie for credit for two semesters: once as a journalism course and once as a media production course. After that, further participation is on a volunteer basis. The most senior students TerKeurst said, become producers and help organize the publication's office-like environment. The producers' job is to keep the other students productive and on deadline.

"Students can join at any time," he said. "But people stay and work for multiple years."

"My job is to make sure there's a proper pedagogical outcome to suit all that."

Seniors Alec Frey, Jake Magee and Andrew Matt are GameZombie veterans who have gone on to form their own site, Indie Game Insider.

Frey said working at GameZombie was a bit like a free-for-all: students signed up to participate in the publication as a class and would get credit for writing opinion pieces, news, or creating video content. It was "full creative freedom," but, as with any project with educational bonus points on the line, things could become chaotic.

Why give school credit for writing about video games. TerKeurst asks, why not?

"Writing about games is form of journalism, and we think web writing — getting stuff up on the internet for everyone to see — makes them a lot more motivated," he said. "We want to get them writing and motivated and producing things that have a real home. The traditional newspaper model, while it's still around, isn't easy to get student work into. Now students can write a piece and know it will be published that week and seen."

Wisconsin-Whitewater's Media Arts and Game Development program is the hub of the university's games initiative. Students in the program train for work in game development and make their own games as part of their studies. According to TerKeurst's former GameZombie co-worker, Media Arts program coordinator Professor Jeff Harriott, video games are very much part of the university's culture. Working at GameZombie, he told Polygon, allows them to create content that they own 100 percent.

"At GameZombie, they are making products, making videos, making designs or reviews, and they're making the stuff that goes on the site. Once it's posted they can share with friends, and now real people are interacting with them. They go to conferences and they interview real game makers and get real feedback and opportunities."

Harriott notes that his and TerKeurst's roles "steering" students create a kind of "constructivist learning." 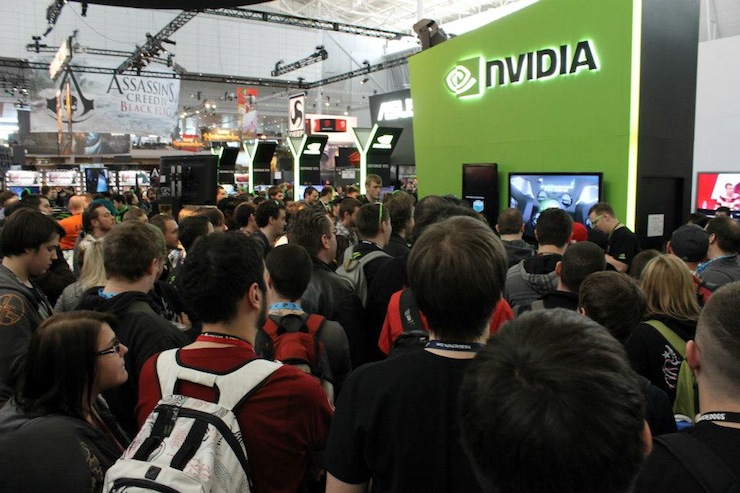 "Striker's idea was to get an environment where students have ownership or a stake in the content, without being forced to do it, which is what you often have in an academic environment," he said. "We've also been trying to find ways to take this model and apply it to other areas of our program.""

"GameZombie is a practicum class; there aren't any teachers telling you how to write or how to do things, you just sign up and go in with skills and apply them to video games journalism," MacGee explained. "I took what I had learned from working on the school's newspaper and my journalism classes and applied it to GameZombie. It's a little like working on a school play [for credit.] It was a much different vibe."

But according to Frey, the professors at GameZombie did give students one major piece of advice for hunting down interviews and scoops: never play the student card.

"We were originally taught to always try and not play the student card until you've become more personable with [the professionals you're working with," Frey said, noting they have applied to a number of conferences not as students - including CES, PAX East and the upcoming PAX Prime.

When asked what adults not involved with GameZombie — namely their parents — thought of their work writing about video games at school, MacGee said he's never received any sort of discouragement.

Now it's almost like, if you don't play games you're kinda of weird, at this point."

"GameZombie is part of a program, and you know — all our teachers aren't young, they're not just young males," he explained. "They're older dudes.

"And I come from a generation of parents that believe there's no such thing as honest work unless you're sweating and whatnot, but [they and my parents] have been supportive," he added. "Writing about games for a potential paycheck, it's okay.

"Society is getting away from the idea where video game aren't cool. Now it's almost like, if you don't play games you're kinda of weird, at this point."

"I'm a gamer, and I think games are hugely important," TerKeurst said of games' role in media education. "They're a big part of the economy; there's no longer a question about the importance of games to my mind. It's so much a part of the modern entertainment landscape.

"GameZombie as a project is very important; any kind of thing where students get real world experience working together in teams and across professions and crafts, is really how the modern mediascape works," he added. "It shows how a universe can spur students to work on projects beyond what you might normally think is possible. I think thats what GameZombie does best."

"We take students with different skills and ideas, bring them together to help each other make it happen. That's the real achievement."