The figures were originally on sale through 3D printing marketplace Shapeways, who Square Enix sent the original notice to on Aug. 14. Shortly after the notice, Shapeways removed the figures from Baldwin's profile.

"Standard procedure, just like a video in YouTube using copyrighted music can be pulled down," Baldwin told CNET. "I only made that whole set recently, and I posted the full new set of secondary characters two days ago, when I guess I exploded the Internet."

Figure prices started at $13. The set included the game's full cast of playable characters, as well as Sephiroth, The Turks, Shinra executives and many more. You can see the full selection of now unattainable models below. 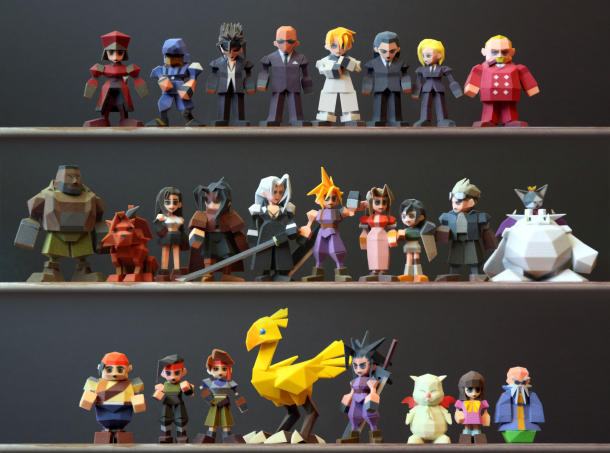