I stole pigs from my son. We had slap fights. We raced helicopters and talking cars. We tossed each other into the infinite more times than I can remember. We played, we created, we giggled.

Disney Infinity, powered by a treasure trove of characters, settings, stories and childhood memories, manages to deliver a game that isn't about any of those things.

Instead, Disney Infinity is about you. It is a toy box dumped onto your living room floor, brought to life by imagination, both yours and Disney's. That those precious items, packed away in the game, take so much effort, time and ultimately luck to unlock, is the game's one major stumbling block.

if you want to play with a child or friend, you're going to have to plunk down some cash

Infinity hopes to live up to its name. A play set brings with it two meticulously detailed plastic figures and a set piece. To access the content, a player places the figures and set piece on the Disney Infinity base and they are brought into the game. In the game, the play sets deliver two sorts of content: a fully themed open world packed with a campaign and quests, and new items for use in the game's player-created toy box worlds. While your own toy box creations can mash up settings and characters, these play sets are designed to be pure experiences. That means you can only use the characters from those play sets in their campaigns. Not a big deal unless you want to play multiplayer. The starter kit only has one character from each set, so if you want to play with a child or friend, you're going to have to plunk down some cash for new toys before you even get started. 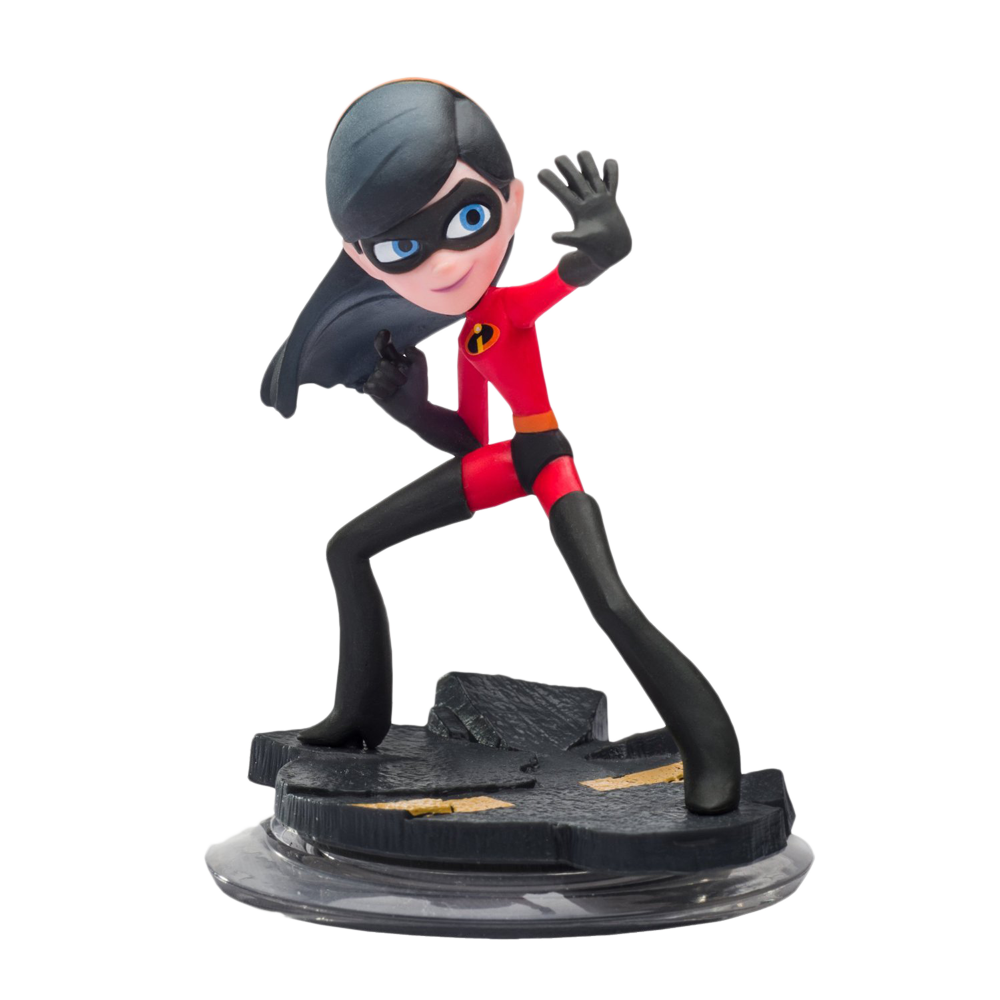 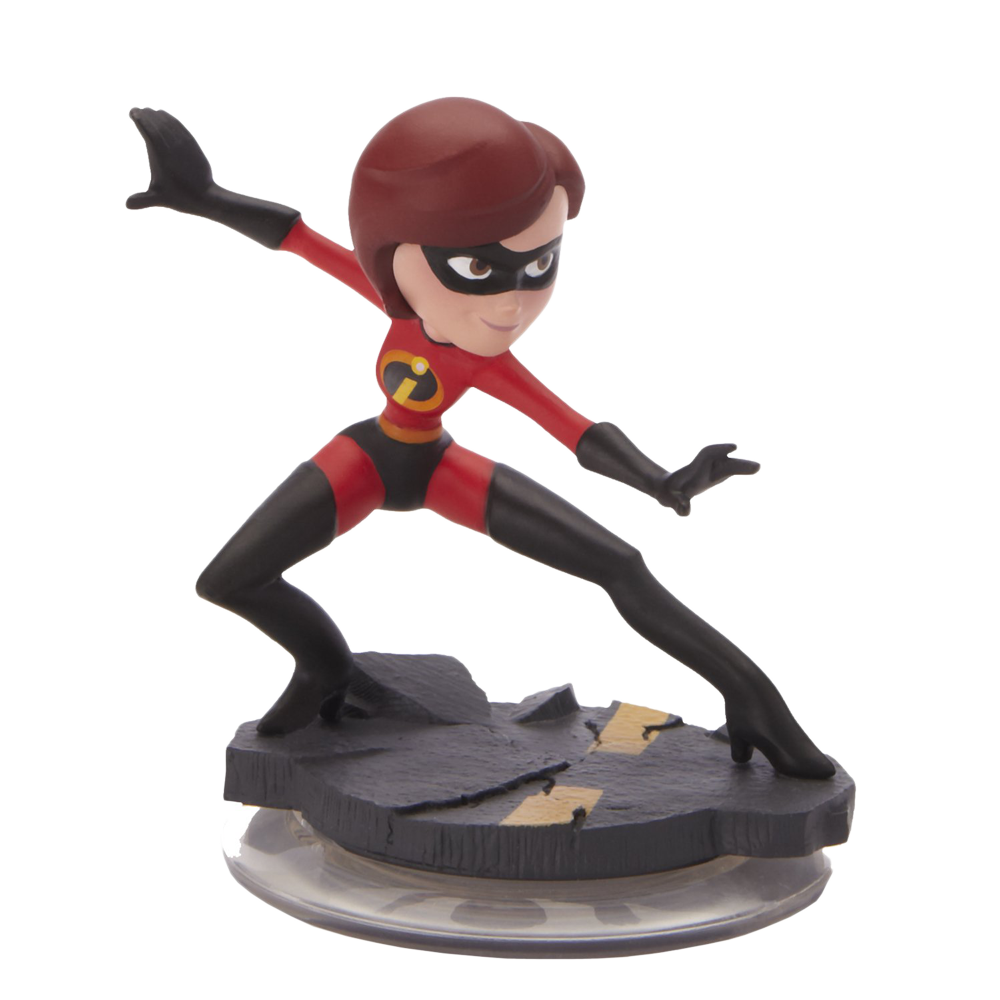 New play sets don't just bring new settings, characters and items; they also include new mechanics. The starter kit comes with three play sets. Pirates of the Caribbean introduces with it swordplay and ship battles. Monsters University delivers pranks, and The Incredibles brings super powers and melee combat. Each of these play set campaigns took my son and me four to five hours to play through.

While the play sets are all essentially add-ons to a single game, we were surprised to find they offered completely different sorts of experiences. There is an underlying similarity to Disney Infinity's play set content, in the way the mechanics behave on a very basic level, along with the game's general aesthetic. But the play sets quickly took on their own flavor over the course of the campaign. 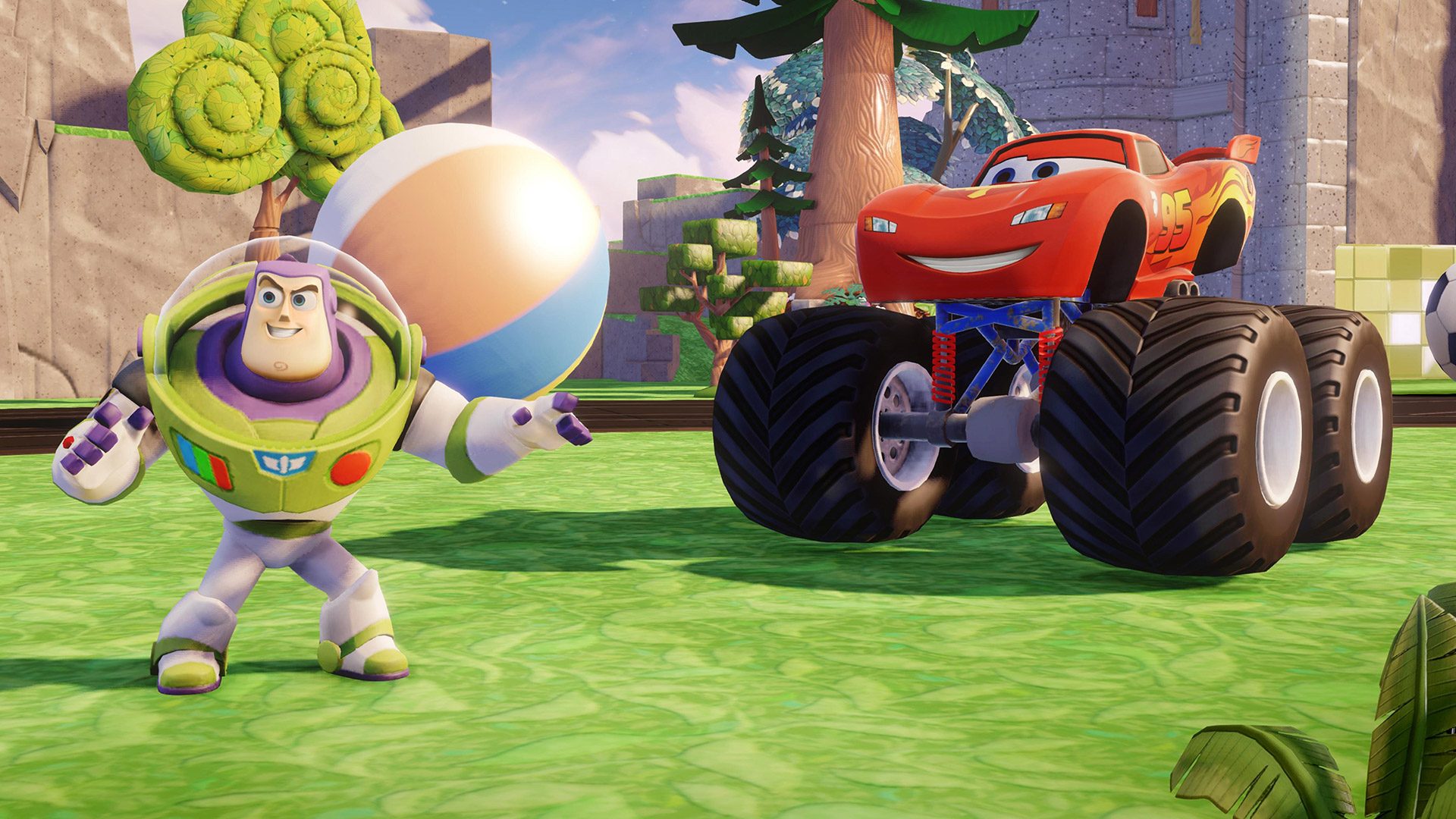 Pirates of the Caribbean's ship-to-ship battles are absolutely stunning — with two players, one can assume control of the ship and the broadside cannons, and the other can run from cannon to cannon blasting away at enemies with more precision. The Incredibles' Metro City was a playground of roof running and super power attacks. Monsters University brings scares and pranks.

But the novelty of all the new things to do or see offered by each additional play set is undermined by their lack of depth. While all three of the starter play sets include campaigns, none of them were very memorable, bar the Pirates of the Caribbean quest, which ended with an epic battle and some amazing loot. They were all light on story and heavy on instruction, and the missions devolved into overly repetitive bunches of tasks and objectives. We could only change someone's costume, scare the freshmen or blow up robots so many times before we wanted to move on.

This plays into one of Disney Infinity's biggest problems: Unlocking items for its Toy Box.

The Toy Box in Disney Infinity is a blank slate, a massive field designed to be filled up with your imagination or pre-loaded with the creations that come with the game. It is the most significant element of the game, the most fun and certainly the best reason to buy Disney Infinity. But after nearly 20 hours of play, beating three campaigns and then some, I still can't access the best bits of the Toy Box.

After 20 hours of play, I still can't access the best bits of Toy Box

This is partly because I'm unlucky and because the game relies on luck to grant players full access to that virtual toy box of goodies. But where I found frustration, my son found enjoyment in the surprise, like the Toy Box rewards were loot drops in an MMO or RPG.

He also enjoyed the Disney Toy Box Vault's "spins." While players can unlock some items by playing through the campaigns, the bulk of those items, including the most powerful gadgets, have to be unlocked through "spins" in the Disney Toy Box Vault. Spins are earned when you level up characters, complete a campaign or complete an adventure, or you can find them in capsules spread throughout the Toy Box. 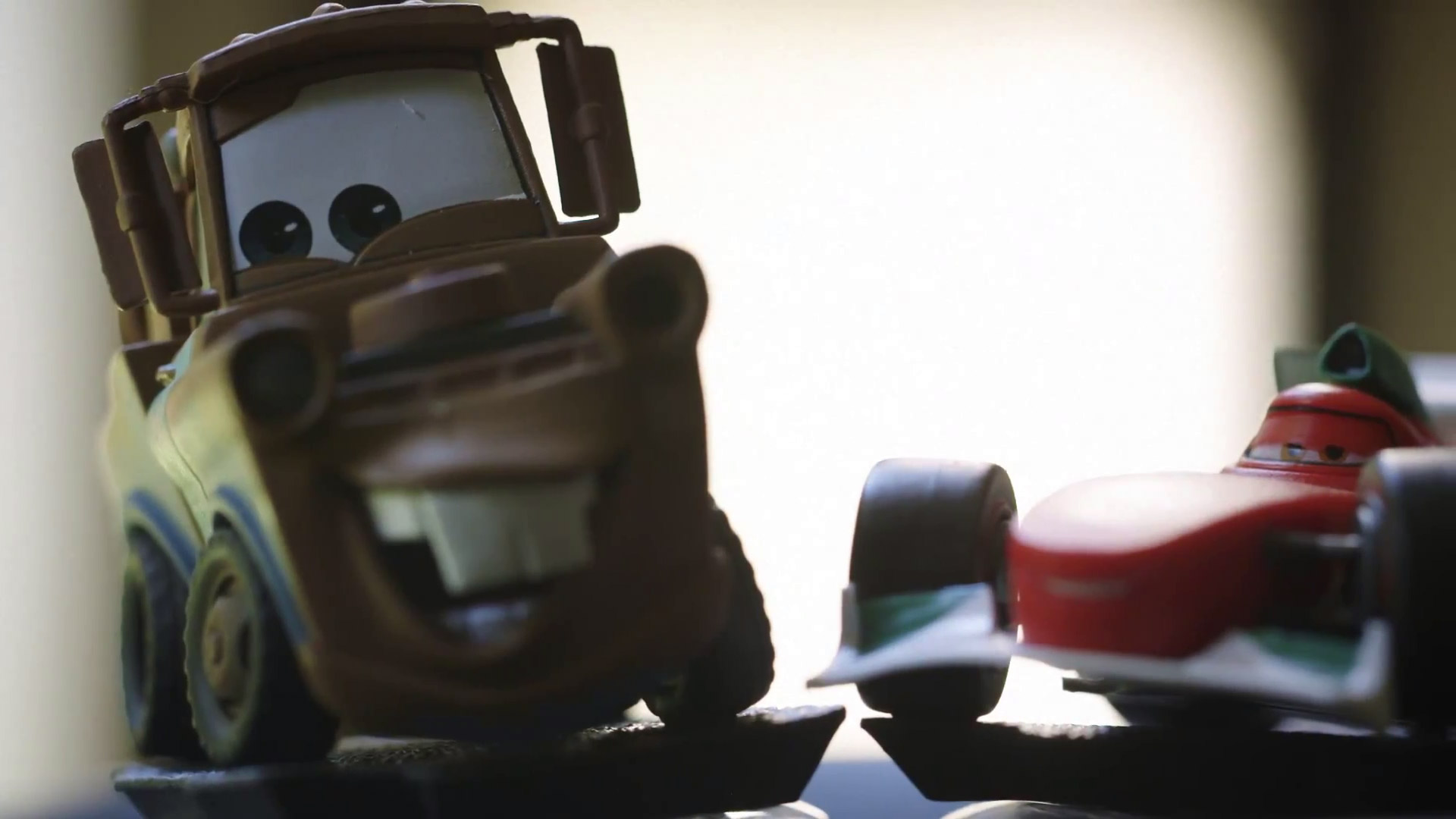 Over the course of our play, mostly in the Toy Box it seemed, we ran into a few basic bugs. A character dropped halfway through the scenery once, though removing the figurine and replacing him on the base fixed the issue. The game chugs sometimes as you ramp up your design work, and on three occasions the game completely froze while transitioning either between scenes or play sets.

Some of this felt like a game that was pushing the console to its limits. In particular, you could occasionally feel the strain when trying to drop mammoth items into the Toy Box, like Cinderella's massive castle.

Once a spin is unlocked, you can go into the vault, pull up a page of 16 items and press the spin button. The vault then randomly awards you with one of the items shown. If you have enough spins you can, in theory, unlock everything on a page. But playing through all three play sets won't grant you enough to unlock everything.

Barring those locked-away items, Disney Infinity's Toy Box is an amazingly fun experience. The Toy Box manages to strike the perfect balance between user- and developer-generated content, giving gamers a place to create that is so full of distraction that the line between playing and creating is completely blurred.

Within minutes of playing in the Toy Box, my son and I were creating our own games — not deliberately, but accidentally. We were seeing if I could knock him off of his Tron recognizer with a massive slingshot, or if I could steal all of the pigs he had locked away within his walled fortress. 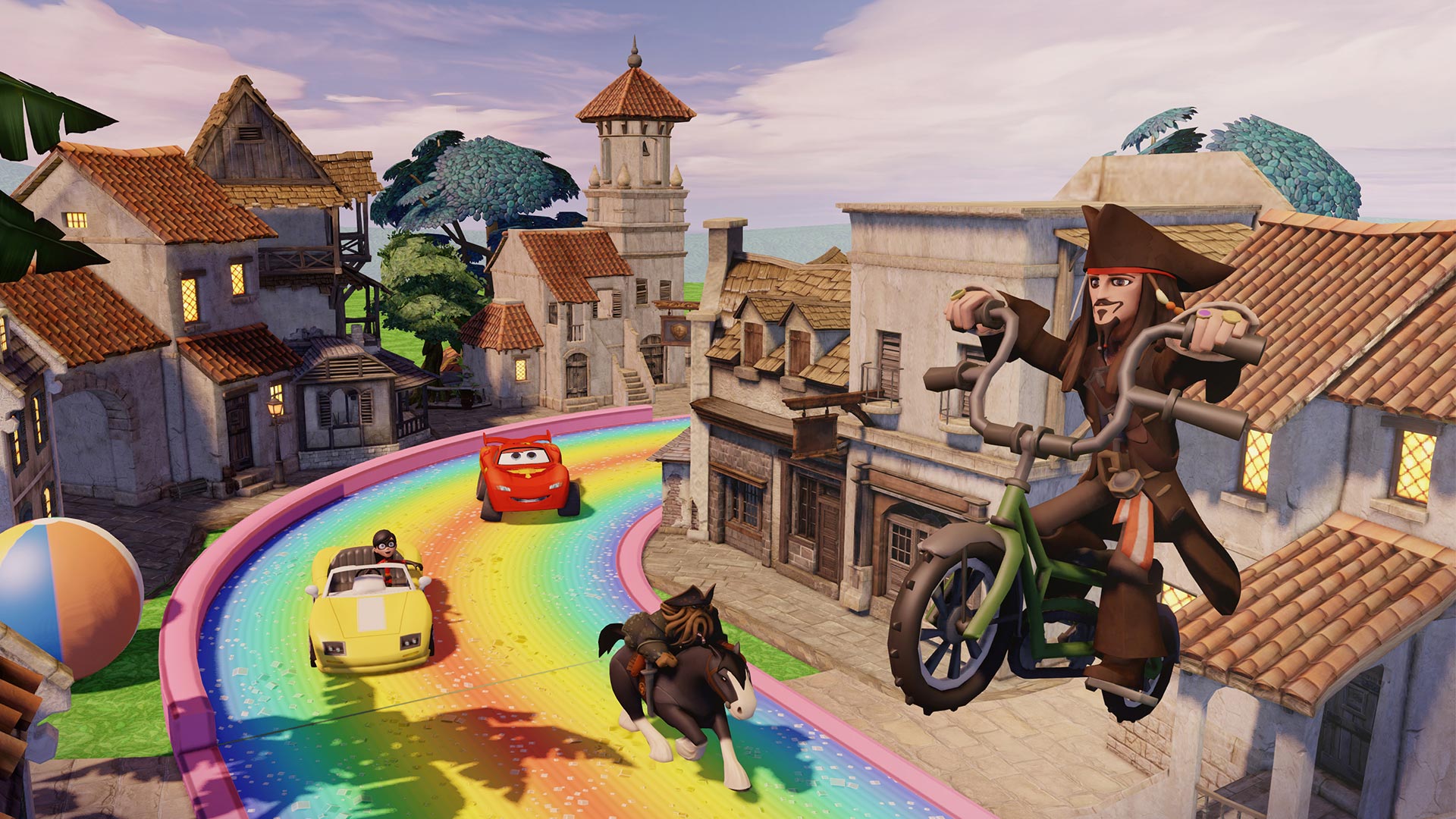 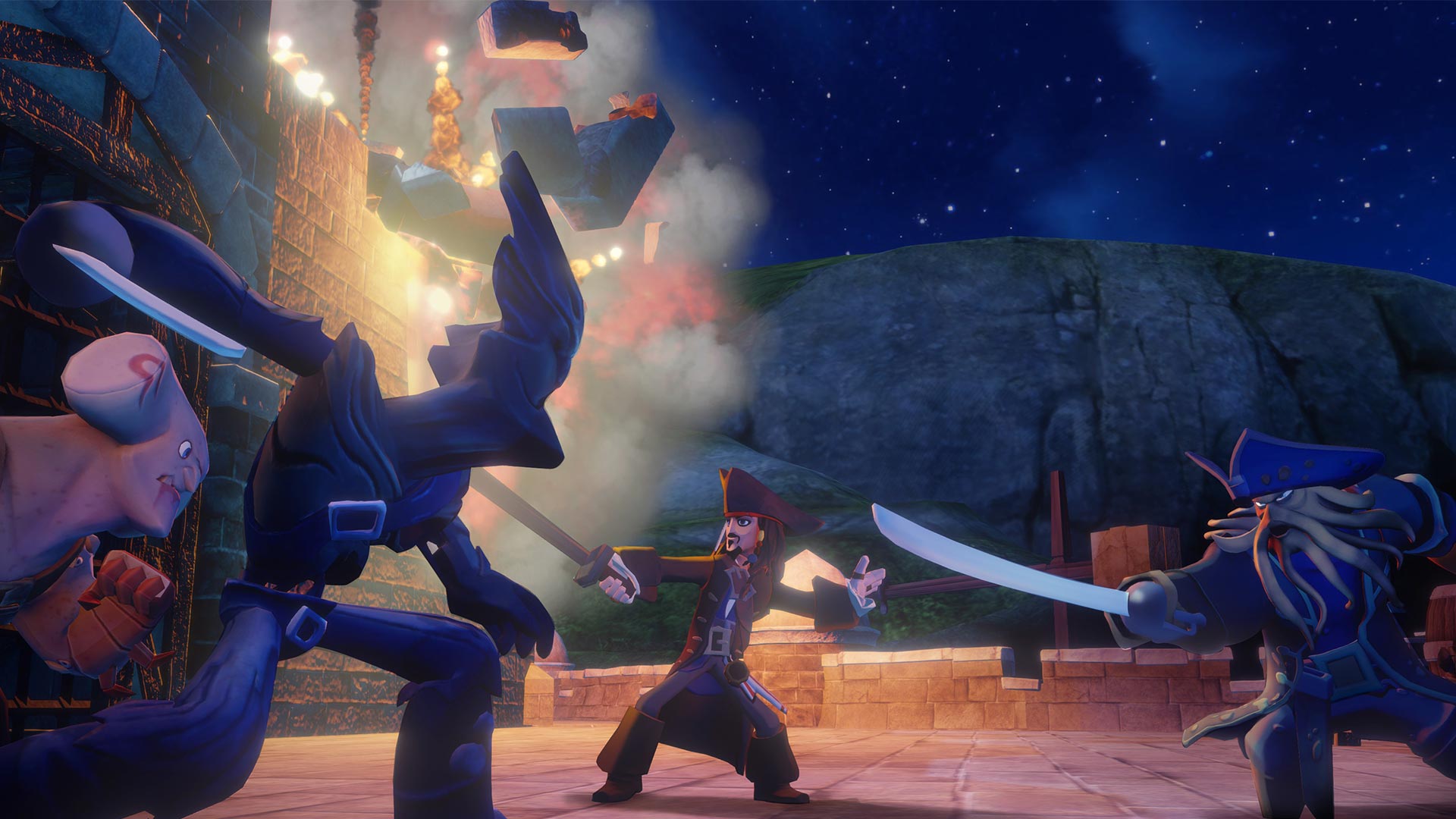 Infinity feels like it's pushing you to buy more play sets

Creating is fairly simple. You flick through pages of categories and items with button presses via Disney Infinity's Spark mode; once selected you can rotate and place items, stacking them up to build your own creations or, in some cases, just using their creations as playing fields. That means you can flip through basic building blocks, enemies and villagers, decorative plants and items like signs, or use pieces from themed play sets, like race tracks, castles or towns. You can also unlock items that change the sky, spawn monsters or drop toy capsules.

On top of those many basic items, costumes and characters, Disney Infinity includes powerful objects that have pre-assigned simple, selectable behaviors. Players can connect these special items together and give them basic rules, like when someone steps on this tar trap, play music from that boom box, or when someone kicks that soccer ball into that goal, change the score on the scoreboard. There are also cameras you can unlock that will allow you to fix a perspective to create side-scrolling games or top-down games.

It feels like this is tied to a push to get gamers to buy more play sets, which is unfortunate if true. That Disney Infinity also supports power discs and item discs — add-ons that can be placed under a character's base to give them buffs or unlock new things — only strengthens that feeling when you have to buy them in blind packs. Either by bad luck or design, I was only able to unlock a few of these special items 20 or so hours into the game. That's a lot of spins, and a lot of bad luck. 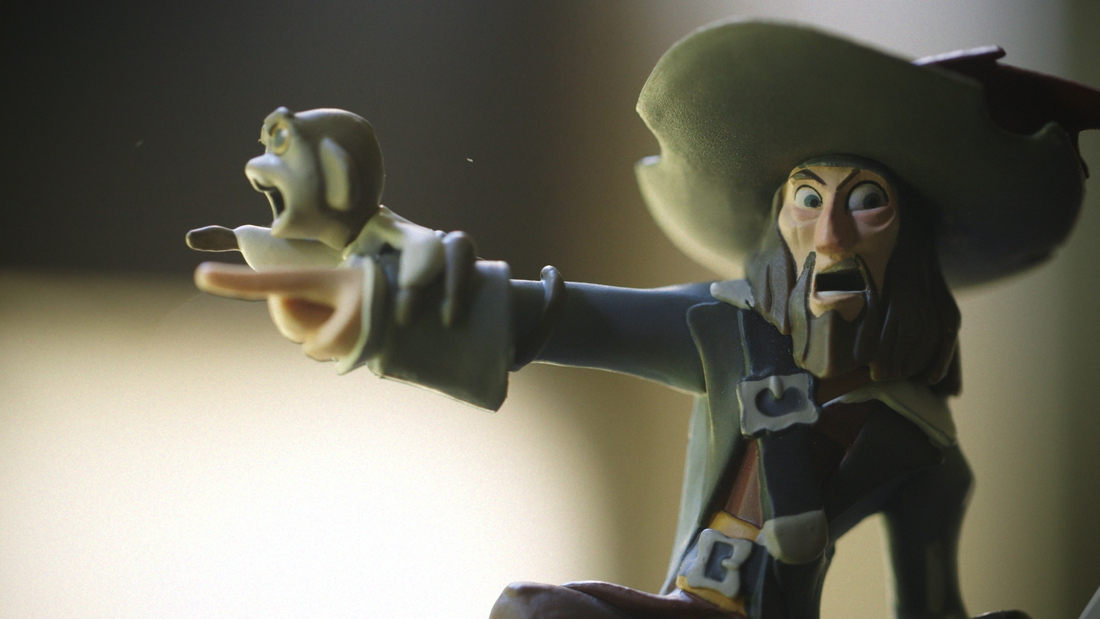 Disney Infinity is a wonderful game that mashes together the best of collectables, cherished childhood memories of playing with toys and Minecraft-esque creation into a beautiful package, and then locks it up behind what I found to be an aggravatingly vague system of luck and grinding â and what my son found an exciting and rewarding game of chance.

But we both loved what Disney Infinity provides: a place to play, to create, to giggle ... and yes, maybe swear. While the play sets feel a little light in content, their inclusion in the Toy Box extends the experience, well, infinitely. The game doesn't quite nail those moments of carefree child's play found in every real-world toy box, but it gets closer than any other game we've played.