Gamescom and GDC Europe 2013: Everything you need to know

Share All sharing options for: Gamescom and GDC Europe 2013: Everything you need to know

Welcome to Cologne, Germany, the current hotbed for gaming news. The week kicks off with GDC Europe on Monday, Aug. 19 and melts right into one of the biggest gaming events of the year. No, not E3. Gamescom.

The Gamescom campus is home to the world's largest trade fair for video games and interactive entertainment. It's a mix of both press and public — and it packs more than 275,000 attendees every year. With the next-generation of consoles right around the corner, the fifth annual convention will have no shortage of big announcements.

For the next week, Polygon will be reporting on-site from both GDC Europe and Gamescom. We've put together a comprehensive guide on when to watch and what to expect. Even if you're back home, there's a lot to take in.

GDC Europe kicks off the festivities in Cologne from Aug. 19-21. The conference will include talks on tracks such as design, production, business and marketing, programming and visual arts.

Plenty of game news is expected as well. Nintendo will discuss the Wii U and is expected to highlight the indie scene this year. Speaking of indies, the organizers behind Indie Megabooth are also expected to deliver a talk. Titles such as Dontnod's Remember Me, Double Fine's Broken Age and IO Interactive Hitman: Absolution will also get some time at the podium.

More than 600 hundred companies from some 40 countries will be presenting at the show. On top of the crazy amount of demos, presentations and more, attendees can slow things down with discussions on a wide variety of gaming topics, or a ton of side activities.

In case you need a break, Gamescom's event level in Hall 10.2 offers a lot in the way of distractions. Go-karting, skateboarding and bizzarro versions of sports like soccer (Globetroter-Kicker) or tennis (headis) can all be found here. If you're interested in something a little more unfamiliar, the CaseMod Championships also take place here. Teams take a standard case and have only 24-hours to make it something special.

The cosplay village is making a triumphant return this year, and this time attendees will be welcomed and consulted by resident hosts and maids. You'll also be able to enter contests, get professional photos taken, karaoke to your heart's content, or even find artists to pen a manga version of yourself. That's located in Hall 10.1.

Gamescom festival offers entertainment for music lovers. Shows such as Sound of Games, Flo Mega & The Ruffcats and Intergalactic Lovers will be playing all week on three different stages.

No convention is complete without awards, and Gamescom Award 2013 will have prizes for software and hardware in 17 categories. Nominees include titles such as Battlefield 4, Beyond: Two Souls, Assassin's Creed 4: Black Flag, Tearaway and The Legend of Zelda: A Link Between Worlds. 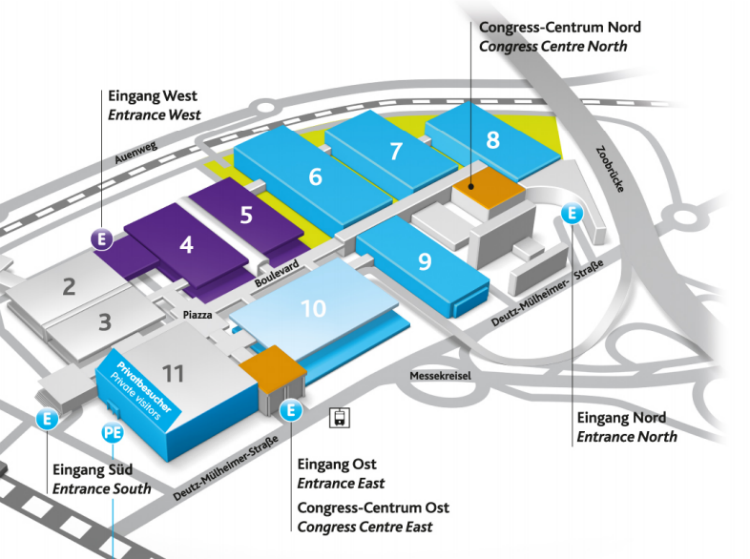 Gaming giants such as Electronic Arts, Blizzard, Sony and have many announcements to make and a mess 'a games to show. Here are a few things you'll want to pay attention to.

Microsoft will hold a small, press-only event on Aug. 20 with more information on Xbox One. The hot topic for discussion is the company's new policy of self-publishing for indie developers. Studio head Phil Spencer is also slated to deliver the keynote speech at Gamescom.

Sony is expected to detail release plans for the PlayStation 4.

After being a no-show last year, Nintendo is making its triumphant return to Gamescom. The company will have The Wonderful 101, The Legend of Zelda: Wind Waker HD and Mario Kart 8 on hand, in addition to several others.

Electronic Arts will feature Battlefield 4, The Sims 4, Titanfall, FIFA 14 and more at its booth.

Ubisoft is expected to unveil a new next-gen IP at the conference. It will also showcase titles such as Assassin's Creed 4: Black Flag, The Crew, Watch Dogs, Heroes of Might and Magic: X Legacy and more. Last week, Ubisoft also registered a new domain for an unknown project called Fighter Within. 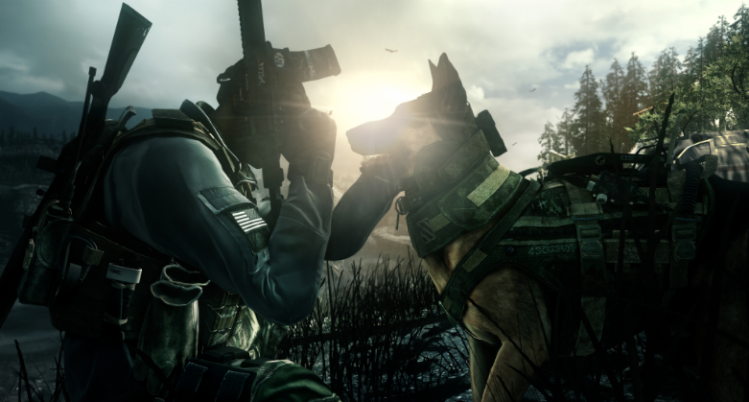 Infinity Ward will showcase its new multiplayer modes for upcoming shooter Call of Duty: Ghosts, which were revealed last week.

Square Enix will include demos for Final Fantasy 14: A Realm Reborn and Lightning Returns: Final Fantasy 13, as well as presentations for Thief, Murdered: Soul Suspect and more at its booth. No news for Final Fantasy 15 or Kingdom Hearts 3 is expected, though both games will be shown as part of the booth's trailer display.

Konami confirmed that Castlevania: Lords of Shadow 2 and PES 2014 will be playable at the show.

Blizzard has some Diablo-related news to share. Early speculations suggest that it could be an expansion for Diablo 3; a URL called Reaper of Souls recently appeared on Battle.net.

Firaxis is expected to announce a new entry in the XCOM franchise. Early reports suggest the title could be called XCOM: Enemy Within.

Crytek will feature Ryse: Son of Rome and a beta version of Warface at its booth.

Wargaming.net announced that it would bring a playable version of World of Tanks: Xbox 360 Edition to the show. The developer is also sponsoring several eSports events.

Bethesda is bringing a playable version of The Elder Scrolls Online. More news is also expected on its current Wolfenstein title, The New Order.

Following its transition from THQ to Ubisoft, South Park: The Stick of Truth is still in development. More details are expected on its progress.

Bohemia Interactive will be showing DayZ Standalone as well as Arma 3 at its booth.

Oculus VR will be on hand to show off new capabilities of the Oculus Rift.

Devolver Digital has a lot of up-and-coming titles on its hands, including Mediatonic's Foul Play, Dennaton Games' Hotline Miami 2: Wrong Number and the Shadow Warrior remake. The publisher is expected to show off at least a few of its titles.

CCP has more details to announce on its long-running MMO, EVE Online. The game recently started running with Oculus Rift support, and we expect more details on its functionality

NIS America is expected to show off its upcoming titles Disgaea D2 and The Guided Fate Paradox.

InXile will have more information about its Kickstarter-funded role-playing game, Wasteland 2. The game was originally slated to launch in October, but will instead head into beta testing.

We got a first look at The Witcher 3: Wild Hunt during E3, and CDProjekt Red is expected to bring the next-gen title along for the ride once again. 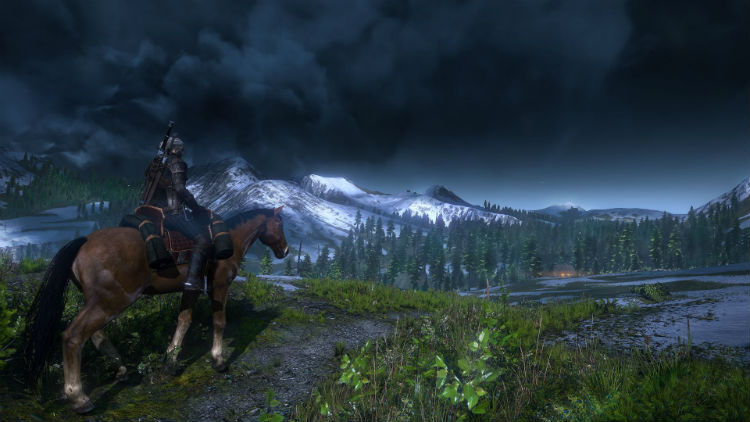 Vicarious Visions will have more to say on their upcoming toy-based title, Skylanders: Swap Force.

Nordic Games found itself in the spotlight after acquiring THQ franchises Darksiders and Red Faction, but the publisher will have several other titles on hand at the convention.

Game Freak's next entries in the Pokemon series, Pokemon X and Pokemon Y, will make an appearance.

Dead Nation and Outland developer Housemarque will reveal its upcoming PlayStation 4 title. The developer is currently working on two projects: a spiritual successor to shoot-'em-up franchise Super Stardust, and a project that remains unknown.

Amplitude Studios, the developer behind 4X title Endless Space, will reveal its upcoming retro-themed space-horror game Dungeon of the Endless: What's Behind the Door?

Focus Home Interactive will have a playable demo of Farming Simulator at its booth.

Egosoft will show its space sim X Rebirth, which is part of the studio's X Universe series.

Eerie multiplayer game The Flock will make an appearance at the show, courtesy of indie Netherlands developer Vogelsap.

If you're spending time in Germany, you'll eventually want to venture outside of the conference walls. Cologne is well-known for its rich history and gorgeous, Gothic architecture. One of its most famous locations is the Cologne Cathedral, and it's a sight well worth the hype. There's also no shortage of gardens and museums to see, including the huge art collection at the Museum Ludwig.

Of course, for those looking to do more than sight-see, the town is also full of breweries, beer halls and beer gardens. Beer, did we mention beer?

Stay tuned for all our coverage from GDC Europe and Gamescom. You can expect breaking news, previews, interviews, video and more.