Max Temkin is a horrible person. If you've ever played his game, Cards Against Humanity, you know why. A mutant hybrid of Mad Libs, Apples to Apples and both toilet and political humor, it is perhaps the best selling free card game on the internet.

Max Temkin in an amazingly nice person, so much so that he invited all his friends to come work with him at the office he rented just a few months ago. Formerly a turn of the century pharmacy, it's not all that far from where he lives now in Chicago's bohemian Logan Square neighborhood. It's an urban creative's dreamland.

The concept is called "coworking," and during our April visit you could immediately see the appeal. The space has resources, like internet and a conference room, all shared by energetic young people and situated within biking distance of a lively neighborhood. It makes you want to plop down, invite the office dog into your lap, and bang out some emails.

"If you get into the Logan Square Circle there's so much exciting stuff going on. My friend Tanner [McSwain] used Kickstarter to start this independent book store called Uncharted Books. It's one of my favorite hang outs. There's a bar and a restaurant called Longman & Eagle; it's some of my favorite food. Revolution Brewing is a craft brewery [nearby]."

Sharing space with him are some of the other people behind Cards Against Humanity, a user experience designer, a photographer, and an illustrator/beekeeper/graphic designer.

There's also Mikengreg, an indie game company comprised of Mike Boxleiter and Greg Wohlwend. Fans of A Life Well Wasted will be glad to know they're over the failure of Gasket Ball, and alive and well in Chicago and working on a new game. Plus, Temkin and Wohlwend have a secret project in the works for the upcoming Sportsfriends.

"For me, having an office to work in is really good for my sanity," Wohlwend wrote Polygon after our visit. "I live alone in a tiny box across town so having a place to socialize with other creative people helps to keep me from sitting in my kitchen working three straight days without going outside. Jokes aside, that is a big part of it, but also the people [here] are all incredible, talented and great human beings. I'm really lucky to know them and being a part of the office has improved my work and life a great deal."

"It's such an exciting time … really a good time to be here," said Temkin. "Because it's, I feel like if I was here 5 years ago … there would have not been enough to do in this neighborhood. And if I'm still here in five years I probably won't be able to afford to live here, so. It's definitely the right time." 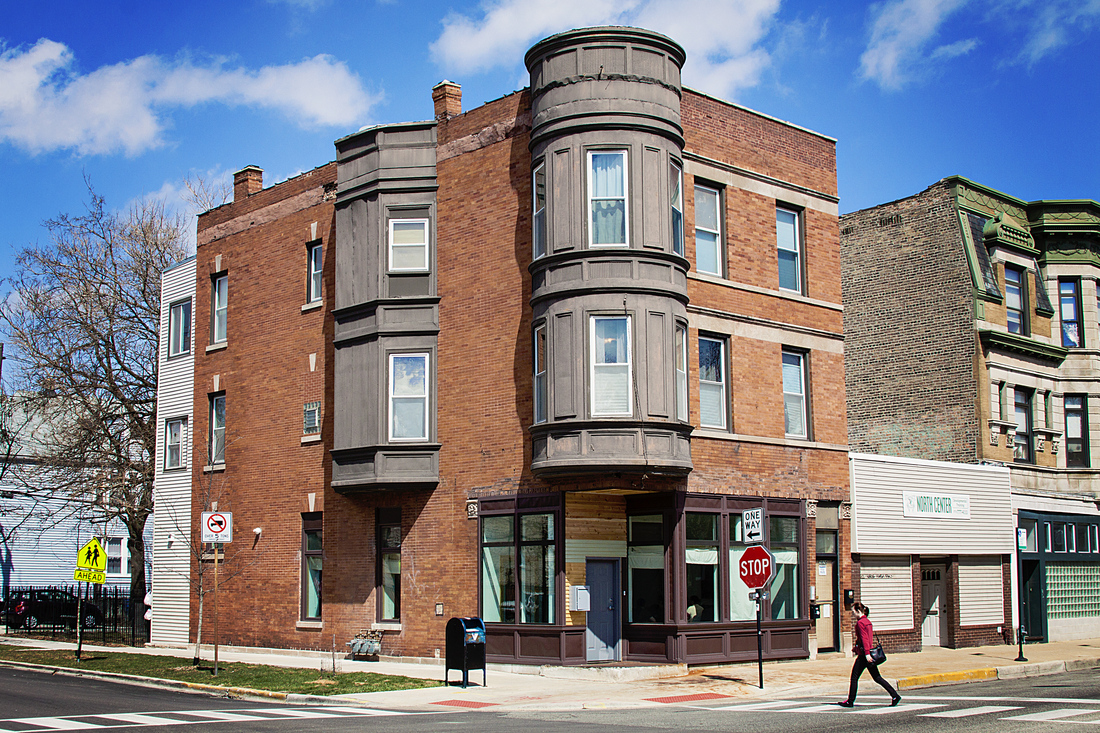 The name is in flux right now, but Some Office seems to be the most popular. Like many neighborhoods in Chicago in the midst of gentrification, it looks a bit shabby on the outside, but it's got great bones. It's been on this corner since at least 1910, when it was a neighborhood pharmacy. 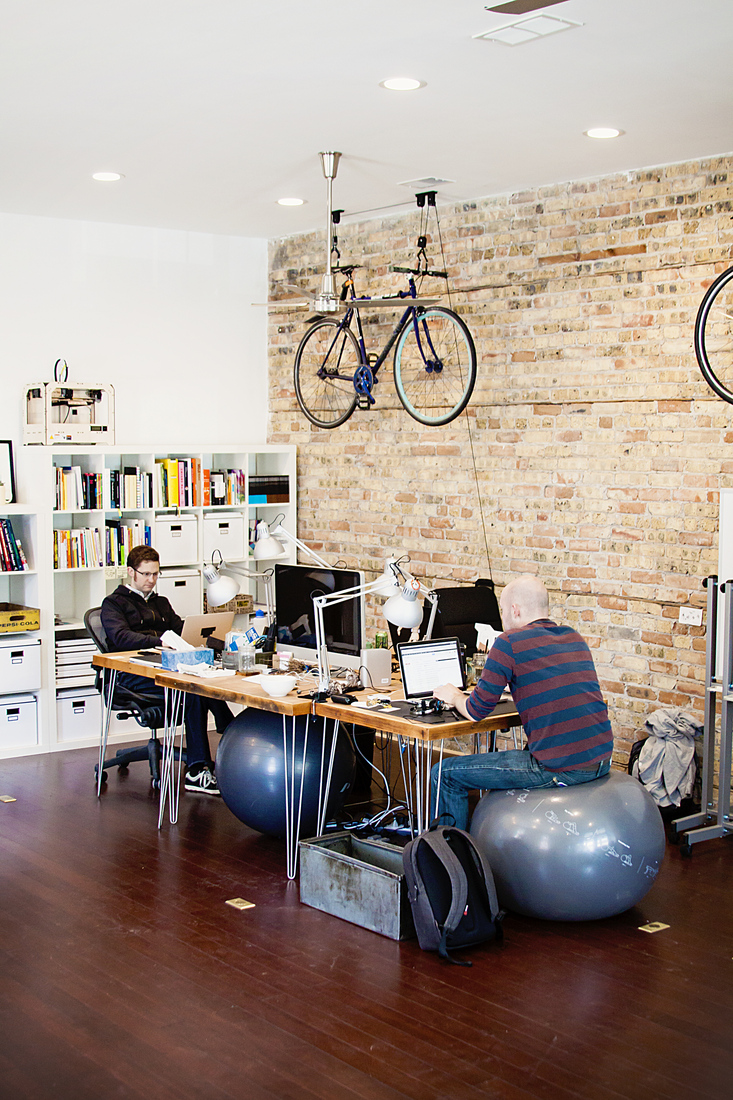 UX designer Nick Disabato and Mikengreg's Wohlwend get down to business. Many of the coworkers here live within biking distance, so they've planned ahead for storage. Power connections have been thoughtfully built right into the floor, allowing for a modular layout.

Every office should have its own MakerBot. 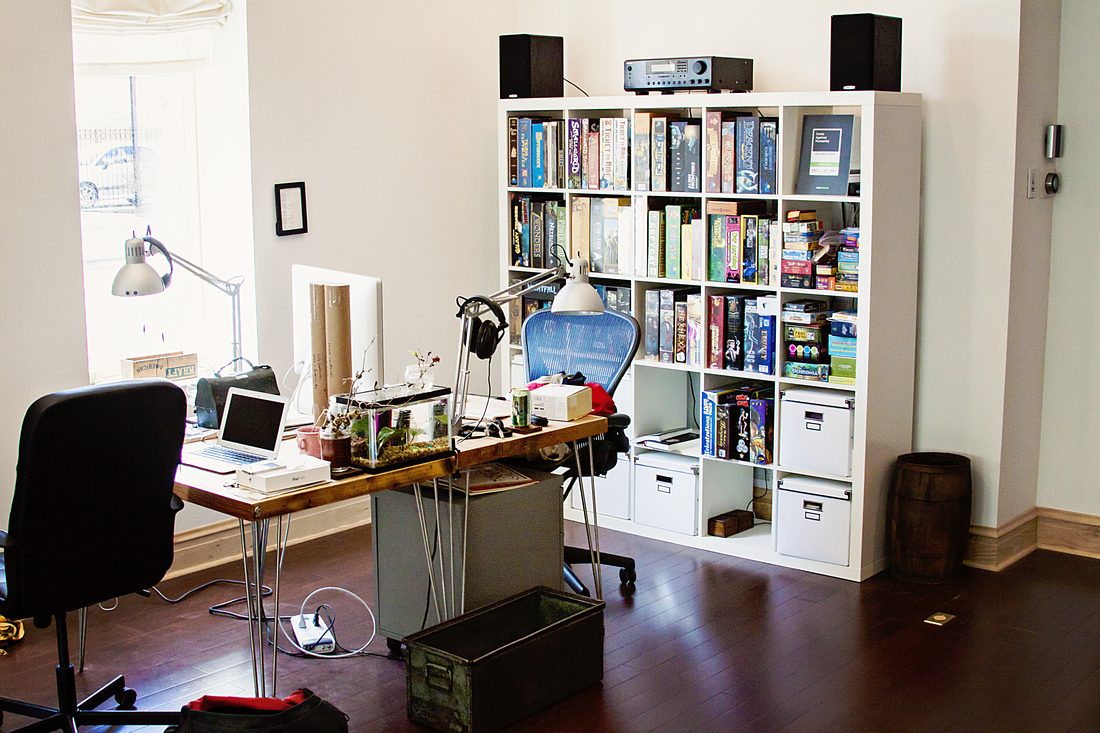 It was Col. Mustard with the laser cutter… 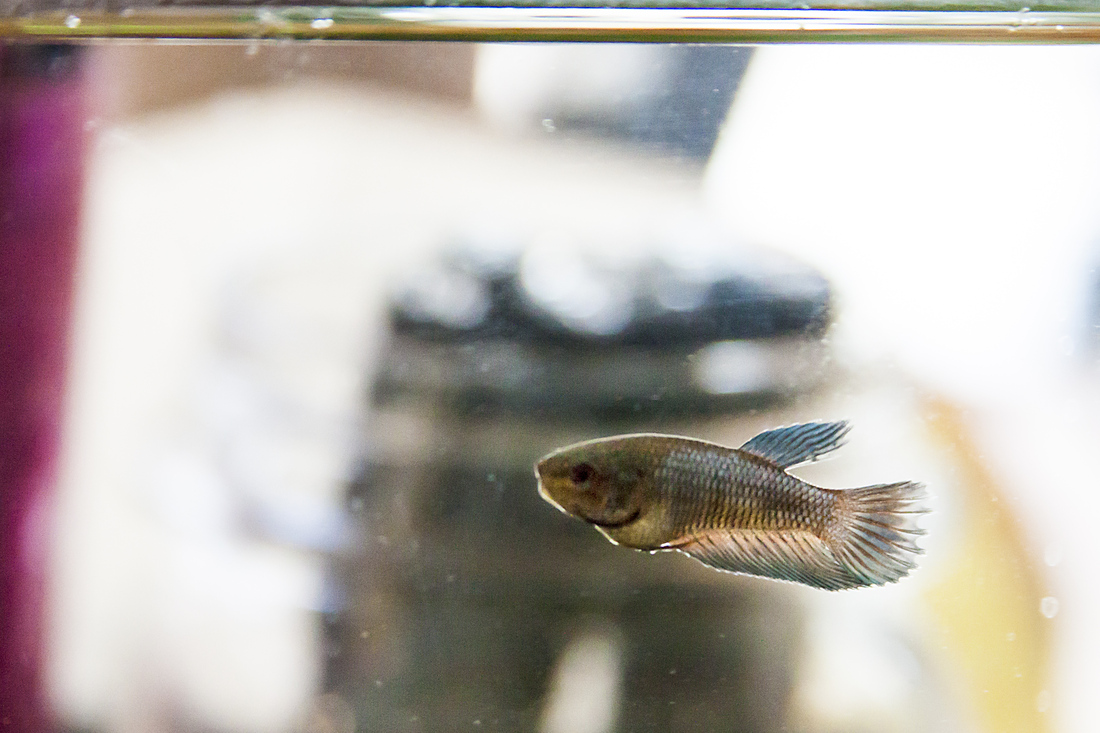 Jana Kinsman, the beekeeping illustrator, is responsible for the office fish.

The week we're visiting his name was Benedict. 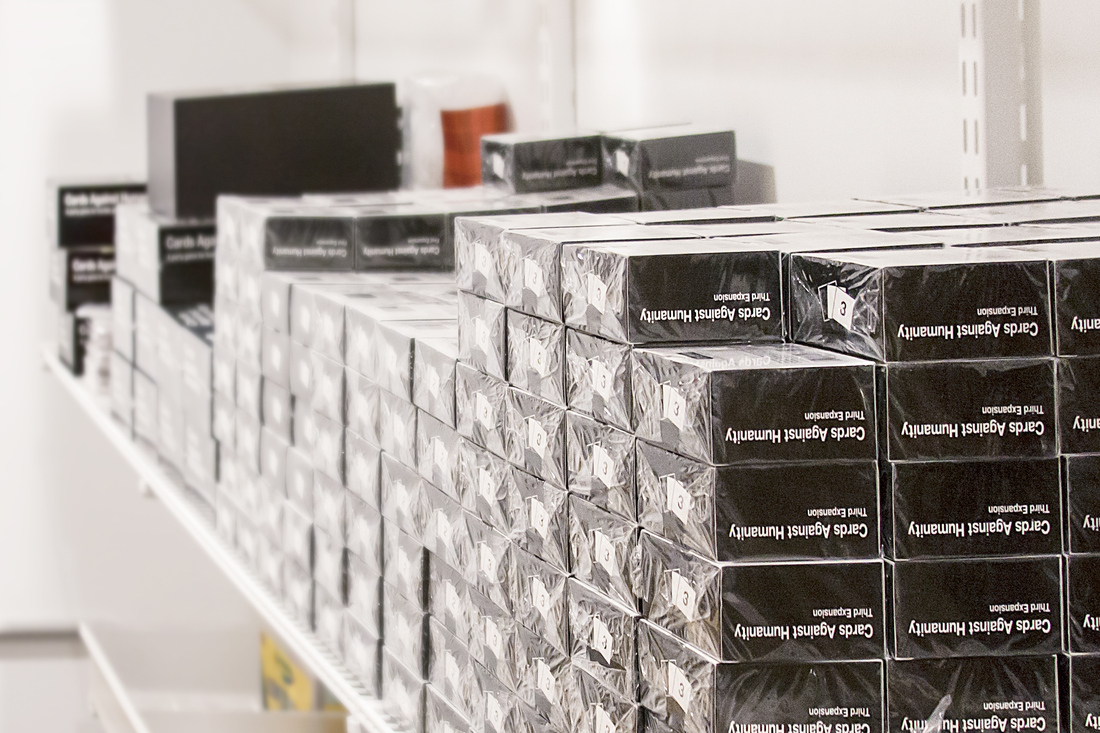 The back room off the kitchenette holds a small stock of Cards Against Humanity expansion packs. These will be available for sale, as well as a stockpile of the core game held in the basement, when Temkin makes his first official visit to GenCon next month. 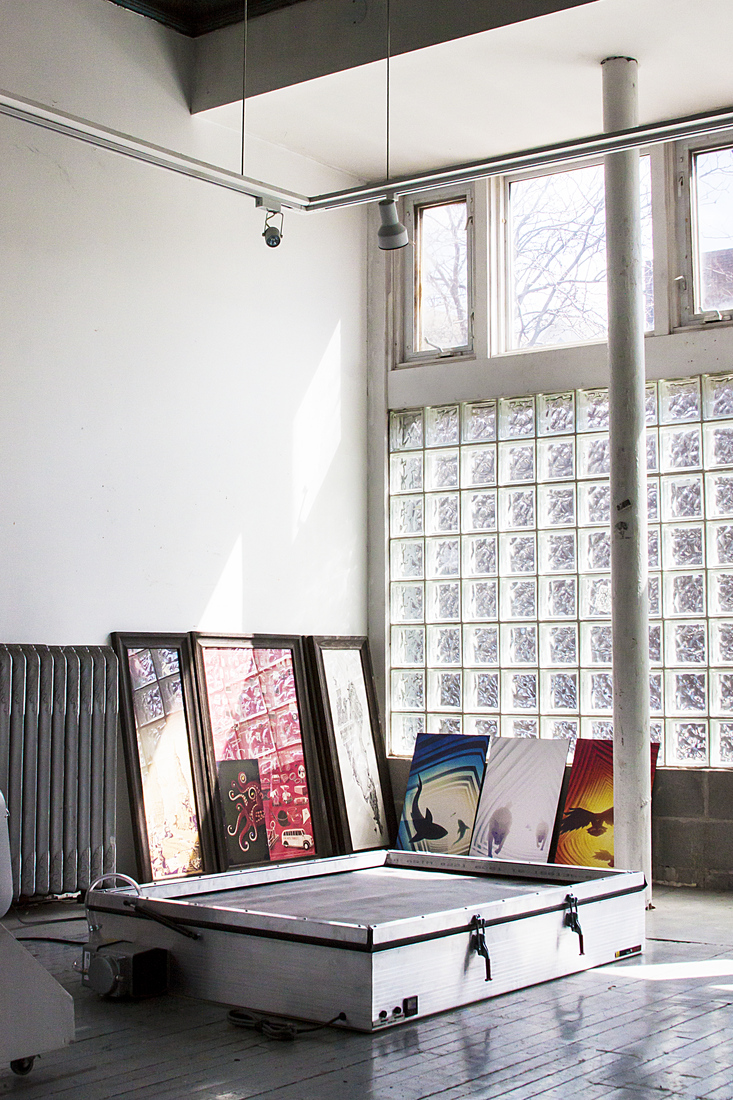 Temkin is a print maker by training, and he was lucky enough to find a studio space for rent only two doors down. He's got a few exposure units set up, as well as an area to do wet work in the back. He shares the space with Rob Loukotka, likewise a printmaker. He's building a wood shop here as well. There's even room leftover for a small art gallery or even a lecture space.