Opinion: How the unlikeliest fan found himself in Gone Home

Share All sharing options for: Opinion: How the unlikeliest fan found himself in Gone Home

My family moved around a lot when I was younger. We weren't in the military; we were just strange.

When I was a child of seven or eight, sometime in the early '80s, we moved into the house that my father had lived in when he had been a teenager. It had been recently vacated by my suddenly deceased grandfather.

At that age, I didn't understand the circumstances of the move, beyond the fact that my grandfather had died and we were taking over his house. All I knew was that we were leaving a boring new house for an amazing older one full of adventure and relics.

My grandfather's house was full of secrets, as he had been. He was a certifiable genius, with a number of patents on things and certificates of participation in various government projects. He was an engineer. He once worked for NASA. He was a fencing and shooting and chess champion. He was also, eventually, insane.

My grandfather's house was full of secrets

The house he lived in was a jumble of his history and interests. There were half-finished projects in the garage, near his tools, complete with schematics. There were paintings near his art supplies, some unfinished. There was a vast library of books, many with notes scribbled in the margins.

There were also secret passages.

There were voids in the walls leading from one room to the next. A panel at the back of my grandfather's closet could be removed, revealing his secret study above the garage, where he kept piles of folders marked "top secret" and his most treasured belongings. Here, also, was the entrance to the entire secret passage system. From this hidden room, he could travel to any other room in the house, behind the walls, without anyone else knowing.

Make no mistake: For a kid, this house was a fucking adventure park. 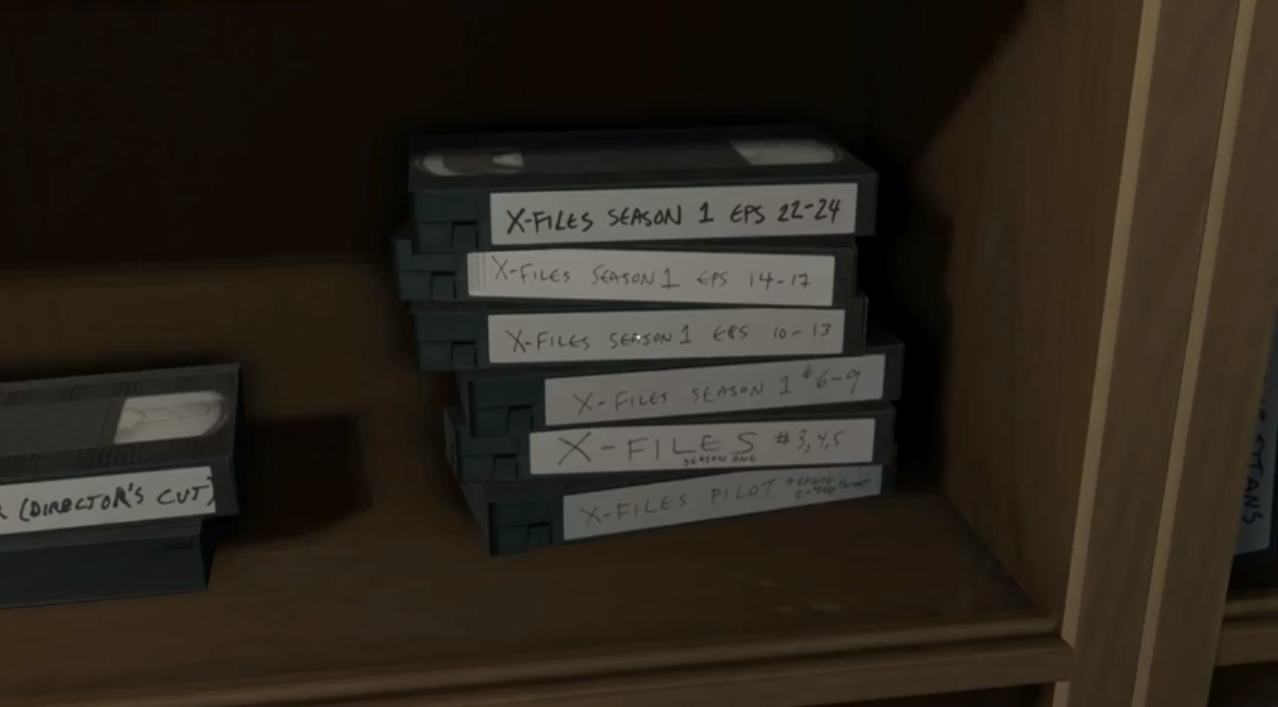 Playing through The Fullbright Company's Gone Home awakened my memories of this time. As I searched the Gone Home house for clues about its occupants' whereabouts, I recalled my own childhood spent examining my own house to unearth evidence of my grandfather.

I didn't know my grandfather well. My few memories of him are colored by his descent into mental illness. I didn't know the bold, accomplished engineer who felt equally at ease creating art or building elevated railways and who owned every room he entered. I knew the addled hermit who watched television for 20 hours a day and tormented a cat.

This house was a fucking adventure park

Still, after his passing, I felt I got to know, albeit partially, the kind of man he was.

In a drawer I found a miniature reel-to-reel tape deck, with spools of recordings of meetings he'd assembled; him lecturing other engineers on some principle or another.

In his set of Encyclopaedia Britannica I found an entire page he'd inserted into the H volume, with a detailed diagram of various types of historical helmets.

Among his art supplies I found his stock of pencils, a dizzying array of different weights and compositions of lead. I could tell you which pencils he preferred, and for what purposes.

Although my explorations in Gone Home ultimately served a purpose, and I accomplished the goal of discovering The Truth in that story, in real life I was never able to do so. I never came to understand why my grandfather had slowly turned bonkers. Nor why he once threatened my grandmother with explosives. Nor why he hoarded empty toothpaste tubes. Nor what exactly he had been doing all those years that had been deemed "top secret."

I know where my grandfather ultimately ended up and how. This was no mystery. He'd died of emphysema in the hospital down the road. I remember playing with toy cars in the lobby there, as he lay dying. I even remember which cars. But his path to that end remains an enigma to me, and the summer I spent trying to solve it, one of the single most formative memories of my childhood.

Encountering the traces of your sister, Sam, and the rest of her family in Gone Home felt, to me, like going home myself. Not only for the near-archaeological experience of exploring that abode, but for the people and their journeys as well.

Encountering the traces of Sam and her family in Gone Home felt, to me, like going home myself

In the years since leaving my grandfather's house, I've had many careers and adventures, one of which was as an instructor at a Catholic girl's college outside of Boston in the early 2000s.

There was a strict rule at this college against staff members dating the students, and it was a very good rule. I never broke it.

Instead I maintained an emotional distance and learned to appreciate the young women I taught there for who they were to themselves and each other, and not for what they might be to me. I came to know them as people first, women second, and derived immense joy from helping some of them find their way, when I could, and simply observing the rest as they blundered toward joy.

There's no secret to why a no-dating rule would be necessary: This is the period in most young women's lives in which they're discovering that they're actually women, and forgetting that they were girls. They are full of life and energy, none of it focused, all of it overwhelming. They're just beginning to understand their power and find their ways in the world. It's intoxicating to be around, even at a distance.

Seeing the character of Sam in Gone Home, and exploring her life in snippets captured from a writing assignment here, or a diary entry there, I found myself remembering the many lives that have touched me in similar, and similarly scattershot, ways. I saw, in Sam, a handful of the young women I once knew, and I relived the pain and the drama of their own awakenings, as I had been given the privilege to observe, and experienced again the elation of their eventual happinesses. 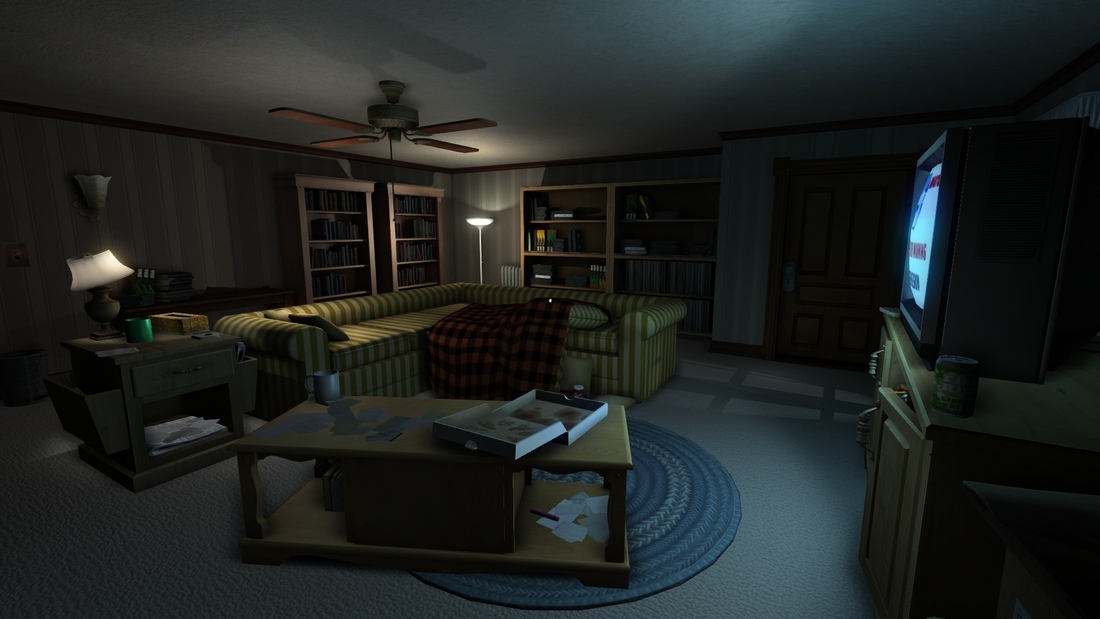 I played Gone Home with apprehension. At 38, I am just barely beyond the perfect age for which the game's '90s culture undercurrent would recall the period of my life to which I am most vulnerable to nostalgia. In the '90s I was an adult, albeit barely.

I'd already discovered — and lost — a great love, and was building the work and life experiences that laid the foundation for the man I have become and the career I have discovered. Although I did read the occasional 'zine, my coming-of-age had already come and was making itself comfortable.

Nevertheless, Gone Home's '90s tapped into a variety of experiences to which I still cling and in which I still find meaning two decades later. By the time I had finished uncovering its tale, I was near tears, remembering with joy the many wonderful young people the game's honest and true portrayals recalled to mind.