PlayStation Vita is ready for a renaissance

Share All sharing options for: PlayStation Vita is ready for a renaissance

There's no doubt that PS Vita has struggled to assert itself since its launch 18 months ago. But Sony has been working hard to give the handheld more luster for hardcore gamers, and to widen its general appeal.

At its Gamescom conference yesterday, Sony introduced a significant price cut to both its models of PS Vita and showed off the machine's Remote Play feature with a PlayStation 4 demo of Assassin's Creed 4: Black Flag.

Perhaps just as significant was the shotgun blast of indie games announced for the handheld, as well as the appearance of a series of respected independent developers who were willing to wax effusive about the machine, despite its difficult first 18 months on the market.

Tellingly, Sony won't release sales numbers of PS Vita, though there's no doubt that it falls into the "niche" category, a long way away from its maker's mass-market aspirations. But the machine is adding to its list of benefits, seeking to emulate the success of its predecessor, the PSP.

Despite strong competition from Nintendo's 3DS, and from all those smartphones and tablets on which millions indulge their handheld gaming habit, Sony isn't giving up on PS Vita. As well as that price-cut, a Walking Dead bundle which arrives today, and the promise of deep PlayStation 4 integration, PS Vita's salvation is likely to come from the company's efforts to cozy up to hip indies, and to bring the best of indie gaming to Vita.

Sony says that developers who want to embrace mobile gaming enjoy PS Vita's status as a core gamer's handheld, one that is being heavily supported by the company's much improved in-house developer-relations team. 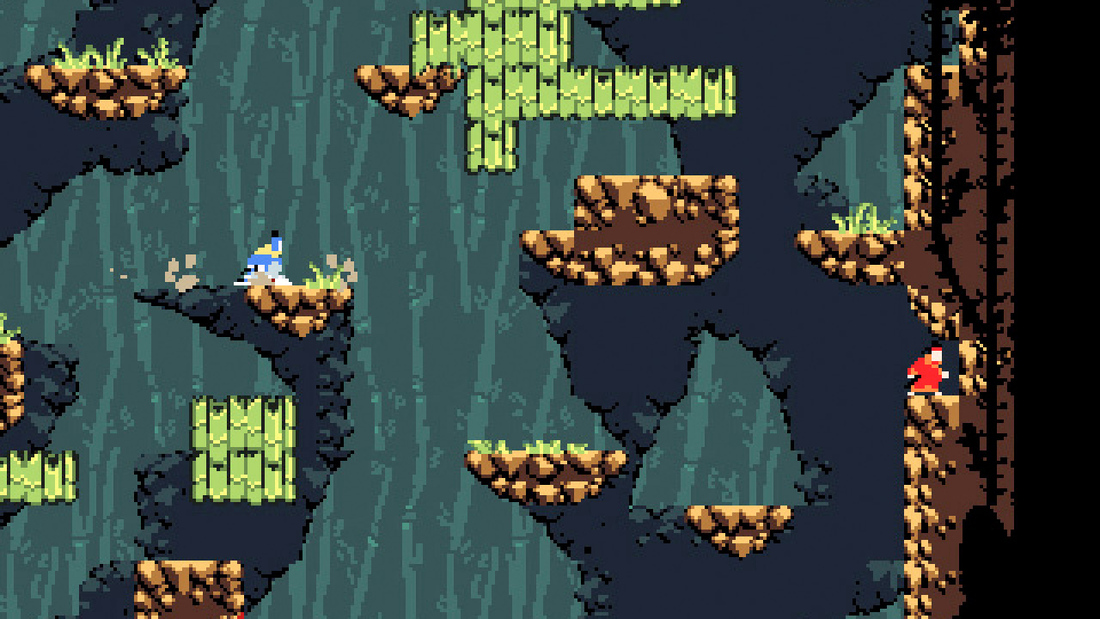 "Developing for Vita's been really smooth," said Brian Provinciano of VBlank Entertainment, best known for Retro City Rampage. "As someone who's worked on just about every platform, nothing compares. The compile-to-debug iteration time is about as quick as PC, which was unheard of for dev-kits before the Vita.

"I had the game's initial port up and running on the Vita faster than it took to simply set-up and install the SDK for a competitor's platform. They also provide fantastic sample projects and excellent documentation to help you get the game out the door."

That screen pops out, you've got proper controls

During its PlayStation 2 heyday, Sony acquired something of a reputation for being a haughty, impenetrable corporation that was slow to the needs of developers. But under the leadership of Shuhei Yoshida, and the pressure of a competitive environment utterly transformed from a decade ago, Sony's third party relations team have amended their culture in order to bring talented creators on board.

Transforming PS Vita from an anachronism to a viable platform is something that will take aggressive marketing like the price-cut, but also great games. And although Sony has lined up Batman Arkham Origins Blackgate from Warner as well as Killzone Mercenaries and Tearaway from its own studios, AAA publishers are not exactly lining up to support the machine.

Indies, the kinds of guys who have made Steam such a vibrant creative environment for PC users, are being wooed in an attempt to give Vita a sheen of hardcore respectability as well as a broad range of good games. 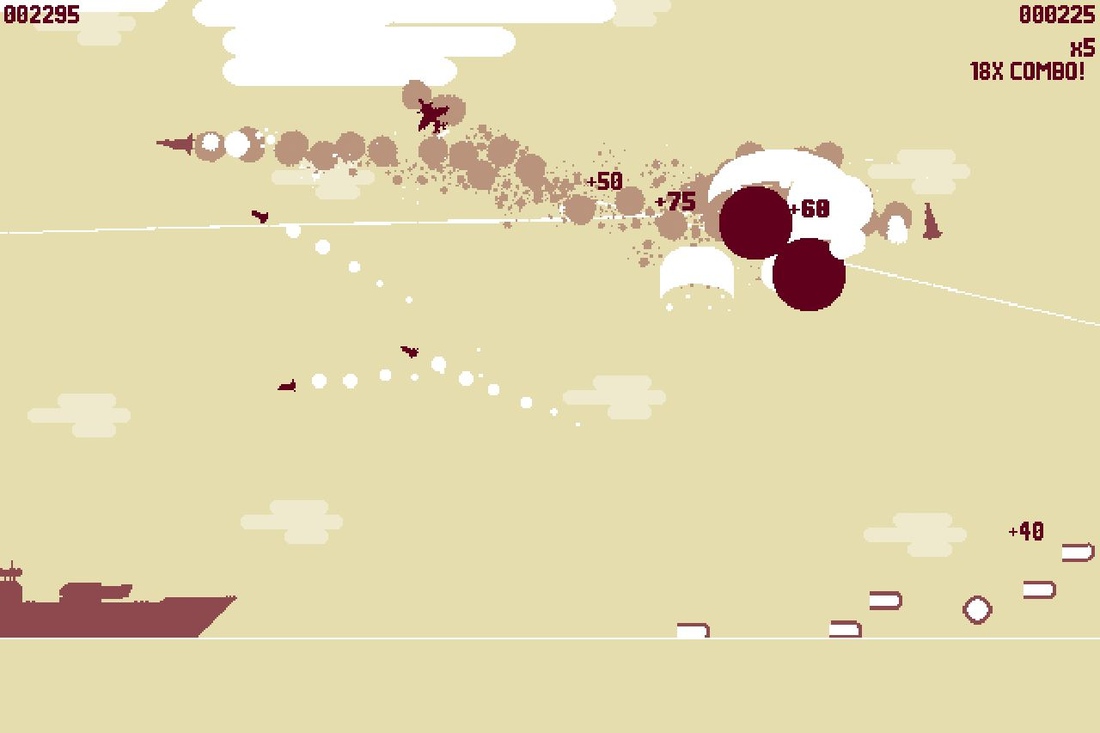 "The whole indie scene is really dominant on PC, which is very much a lean forward, intimate experience," said Shahid Ahmad, senior business development manager at Sony Computer Entertainment Europe. "The only experience we can think of that's more intimate is a Vita with headphones on. That screen pops out, you've got proper controls."

"I have a very intimate relationship with my Vita," said Adam Boyes, VP of publisher and developer relations at SCEA, "When I put my headphones on and I get lost in whatever I'm playing, Dragon's Crown, Hotline Miami or Super Crate Box, it's visceral."

Ahmad and Boyes are pounding the pavement, signing up developers to PS Vita. Aid comes from Sony's Pub Fund that has helped get projects off the ground like the well-regarded Guacemalee and Divekick.

Releasing your game on iOS is like playing the lottery

"About a year ago, I had this idea that titles that came across to Vita would be at their best on Vita," said Ahmad. "Now other people are saying these games are best experienced on Vita. Games like Stealth Inc., Spelunky, Thomas Was Alone, Velocity Ultra.

"You're talking about a certain type of developer. They have certain sensibility and a certain creativity. Vita is a device that helps them express themselves really well."

Developers are finding that, despite its low installed base of consumers, PS Vita buyers tend to be loyal, high spenders. Also, the lack of a crowded, competitive environment, such as on iOS, is another attraction.

"Our Pure Chess title has sold more units on PS Vita than on PS3," said Phil Gaskell, co-founder and creative director of Ripstone. "Our line drawing game Men's Room Mayhem sold more units on PS Vita in its first month than on iOS and Android combined. It seems like a perfectly good platform to us, and we're continuing to support it in the future." 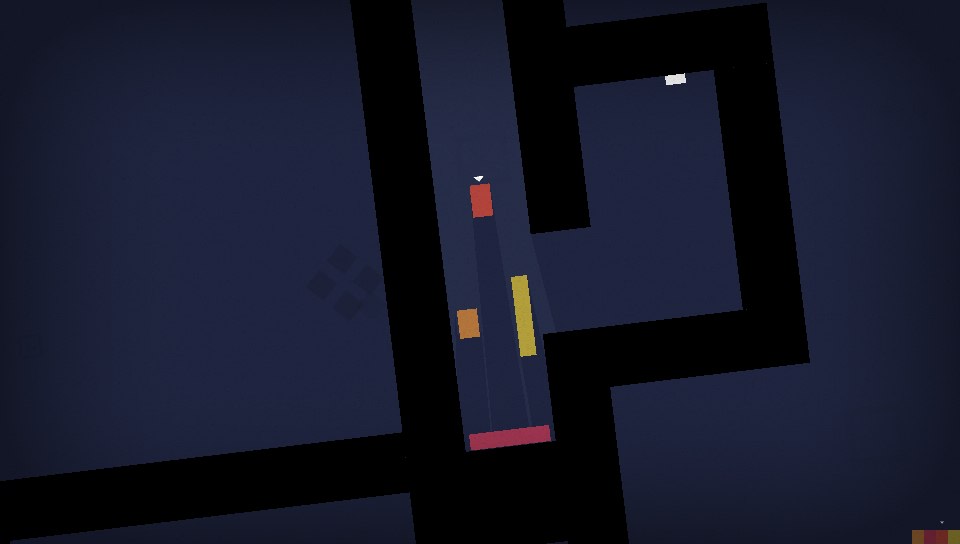 "More developers make more money on average on Vita than they do on mobile," said Ahmad. "When people buy a Vita, they want to purchase games. I tell developers, if you're trying to build a business, then building your game and bringing it to Vita is a great investment.

"If you want to play the lottery, then putting a game on iOS is more like that. You're scratching that and hoping you get discovered, hoping that a lot of people talk about you. Whereas Vita, every week when there's content coming out, people buzz about it and it spreads like wildfire, because everyone's firing that console up every day to look at the content and talk about it."

Of course, lacking the support of AAA publishers who are reluctant to commit large budgets to a low-selling platform, this focus on indies looks like a strategy of convenience. Sony is wedded to the notion of a second-screen explosion, and sees Vita as a major card in its overall PlayStation 4 gambit. Indies represent a cost-effective way to keep the platform alive until the PS4 effect kicks in.

"The huge value proposition that we've talked about lately, but people don't thoroughly understand, is Remote Play," said Ahmad. "You're going to be able to play remotely via your Vita through your wi-fi connection at home. It's a huge boon. On top of that, we've got all this great content that continues to be delivered. It's compelling."

Remote Play's demo at Gamescom on Tuesday will certainly help many gamers understand the service, the idea that, with PS Vita, PlayStation 4 is no longer tied to a TV screen.

"We've said internally that it's going to be the greatest peripheral ever made for a console," said Boyes. "I can't wait to have my PS4 in my living room and being able to play Watch Dogs in my bedroom while my PS4 is downstairs. That's going to generate more interest in the platform in general. As that happens, I think indies will see more success and more people will continue to make great content for the platform." 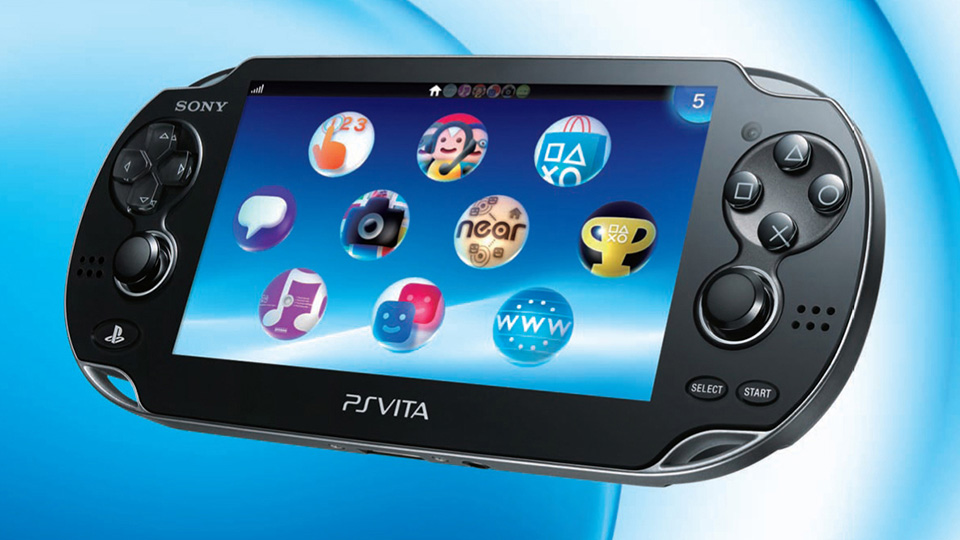 A far more reasonable price of $199, and the elimination of two-tiered pricing structures should also help to buoy sales.

"For the holidays the price cut is a great-lead in and demonstrated the value that we can bring," said Don Mesa, director of product planning and platform software innovation at SCEA. "But it really comes down to us telling the story of the developers and talking about their games and making people understand why these games are so awesome. It's our duty to help spread the word, why these games play so much better on PlayStation Vita."

I had Baked Lays at the airport

One of these efforts in spreading the word is establishing an 'Indie' category on PS Vita's download store. "We're working to drive as much traffic to the indie store as possible," said Boyes. "We've seen an impressive improvement on sales and discoverability. Once people discover one game and find out that this is the genre that it's in, it's easy for them to discover other similar types of content that they start to fall in love with."

In the short-term, PS Vita's main hope for a renaissance is via a library of great games that show how a slick $200 gadget is a cut above other mobile devices.

"It's kind of the same way that I think people eat potato chips," said Boyes. "You grab a bag of Doritos, you wolf it down, you don't tell anybody you did that. It's not like you're bragging about eating those potato chips today. But what we do with Vita is it's more curated. It's more aimed towards gamers. With Vita, we're focused on getting the best, most gourmet content for them, and they end up talking about it and spreading it around. I'm not proud of being at level 106 on Candy Crush at all. I don't tell anyone that, just like I don't want to tell them I had Baked Lays at the airport today. But Vita is special, and so are its games."