Plants vs. Zombies: Garden Warfare likely not an Xbox exclusive

Share All sharing options for: Plants vs. Zombies: Garden Warfare likely not an Xbox exclusive

While Plants Vs. Zombies: Garden Warfare is currently confirmed only for the PC, Xbox 360 and Xbox One, it sounds like there's a very good chance it will be coming to other platforms as well.

Brian Lindley, the game's producer, said he doubts the game will make its way to mobile platforms, noting that the controls might not work well on a touchscreen, but was coy when asked if the game might come to PlayStation or other platforms.

"Our goal is to bring this game to the widest audience possible, keep that in the back of your head as you’re waiting to hear more," he said.

All of the playable zombies in the game have costumes they can change and will feature accessories and the ability to do a lot of customizing, he said. Each of the zombie classes will also have a unique weapon and three abilities. Players can unlock attachments for their weapons which will tweak how they perform, he said.

The soldier has a Z1 assault blaster and has the ability to pull out a secondary weapon, a rocket launcher, to attack plants or do a rocket jump. He also can create a Zombie Steam Cloud.

The All-Star is a football playing zombie who plays a bit like a heavy in Team Fortress 2. He has a football cannon and can punt an imp, a companion character, into plants. The imp then runs to the closest plant and explodes. He also has the ability to create a dummy of himself for cover and can sprint tackle. 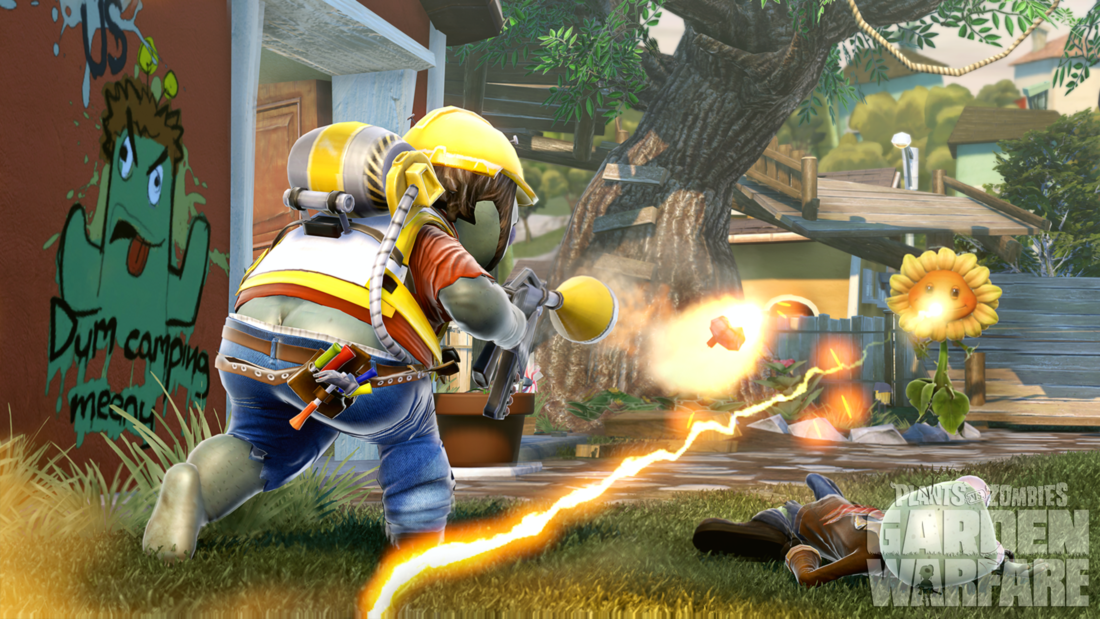 The engineer zombie carries a concrete launcher and can activate the zombie teleporters found around the map. He also has a sonic grenade and can build zombot turrets.

The scientist uses a Zomboss goo blaster and has the ability to create heal stations, throw exploding sticky balls and warp.

Correction: This story initially misreported that the game wasn't yet confirmed for the PC. We apologize for the error.

Bowser is getting his own massive $269.99 Lego set

E3 to return in 2023 with in-person event, with help from the company that runs PAX