Share All sharing options for: Opinion: The Elder Scrolls Online's fee is self-defeating

There is something arrogant about ZeniMax's decision to charge a whopping $15-a-month subscription fee for The Elder Scrolls Online. It is a statement that says, "We are making something of value, and we expect to be well compensated." There is none of the schmoozing and wheedling that comes with dominant MMO business models based on the attraction of 'free' access followed by pay gates and expansions.

But this ZeniMax plan comes, literally, with a price.

The $15 monthly fee to play this game is high, in comparison to just about any other gaming option on the market. Depending on the initial price of the game, which is yet to be announced, you're looking at a first-year outlay roughly equal to the price of three brand-new AAA games.

Judging by online responses to the news — and by the recent history of MMO launches — this $15 fee will be a big turnoff for significant numbers of players. It represents a massive risk for ZeniMax.

Undoubtedly, ZeniMax will offer full-year packages at discounts, and may even support discounts for players willing to play for long hours and pay with in-game currency (this has not been announced). But the response from forums and from Twitter makes it clear that consumers view the price of the subscription as a big ask.

ZeniMax argues that the fee will allow the company to give players everything possible to enjoy the world, without asking for extra money along the way — besides, of course, the monthly fee — for expansions or for leveling boosts.

It is entirely reasonable for the game's director, Matt Firor, to make the creative decision never to place a pay gate in front of the player, and to give everyone — not just the fraction of players who choose to purchase expansions — new content as it is delivered. He wants to create a fantasy, not a cash mill. Bravo, although this reasoning is somewhat undermined by stories emerging today that a microtransaction store is also being considered.

None of this takes away the fact that $15 for a subscription, in 2013, is a lot of money. Many entertainment companies, such as movie providers and console manufacturers, are making use of subscription models, but very few of them are willing to break the $10-a-month mark. PlayStation Plus's upcoming month-to-month plan will cost $9.99, and the service offers an array of discounts and free games. Netflix costs $7.99 a month.

Somehow, we don't worry too much about these costs because the monthly tariff feels trivial; it's often compared to the price of a few cups of coffee. It may be that The Elder Scrolls Online is well worth $15 a month, but that is not at all the same as saying that people will pay the fee. Pricing, as any marketer will tell you, is 99 percent psychology.

The most obvious comparison is with Star Wars: The Old Republic

A common riposte to any criticism of a company's pricing strategy is that consumers "are not being forced to pay," that we live in a free market based on consumer choice. This is specious. ZeniMax is a commercial company that must seek to monetize its assets as effectively as possible. Overpricing them to the point where consumers who want to play the game do not feel that they can justify the outlay is just bad business.

It may be armchair quarterbacking, but the prediction that ZeniMax will roll back the plan, once the subscription numbers fail to hit targets, is rife.

Clearly, Zenimax is taking World of Warcraft's $15-a-month charge as its benchmark. It will not be the first MMO to do so. But, as many games have found before, World of Warcraft is powered by a nine-year legacy of absolute market dominance, an advantage not easily replicated.

It is also losing players at a rapid rate, as the game ages and as free options crowd into the sector. Since 2010's high of 12 million subscribers, the game is now down to below 8 million, and is losing 100,000 paying players every month. Blizzard is already talking about the possibility of a free-to-play future for World of Warcraft.

The predominant model currently is free-to-play

Eve Online charges roughly the same amount as that being proposed for The Elder Scrolls Online, but it also offers players the chance to pay using earned in-game currency, known as PLEX, and many of the game's core users do just that. And like World of Warcraft, Eve Online is a game that was established long before free-to-play became standard. Whether it would be able to launch with a $15 monthly fee, in 2013, is doubtful.

The predominant model currently is free-to-play. The most obvious comparison is with Star Wars: The Old Republic, which began life as a purchase-plus-subscription game but soon changed to free-to-play. The game had no more than a few hundred thousand paying players and, according to then-CEO John Riccitiello, 40 percent of quitting players just didn't want to pay $15 a month, a quote that must surely have been aired during ZeniMax's pricing-strategy meetings.

The Old Republic's subscription plan did not fail because the game was bad, or because nobody was interested in playing an MMO in a Star Wars universe. It failed because people did not want to swallow a $15-a-month charge. 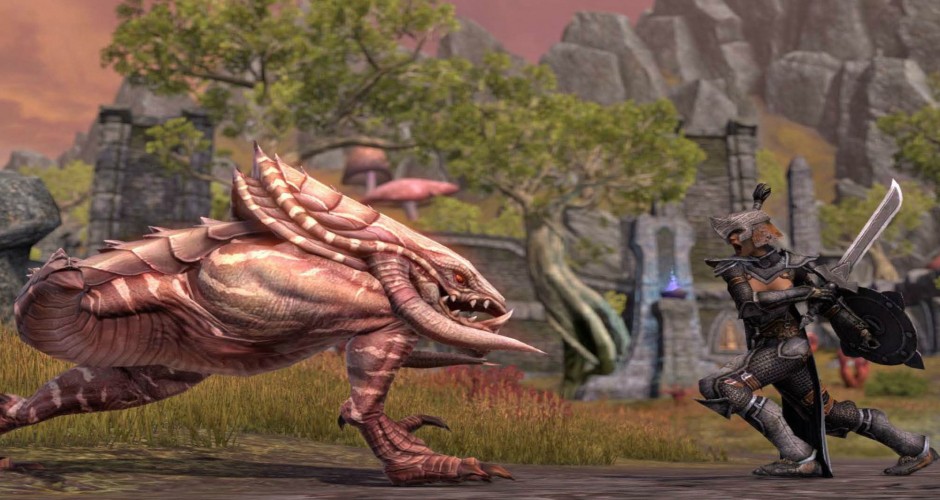 This is not to suggest that The Elder Scrolls Online ought to follow the Old Republic model; it is merely to illustrate that even a well-loved franchise has its work cut out if it wants to persuade people to pay $15 a month.

Surely a more fair and reasonable option would be to charge a fee roughly commensurate to the price of a full-price game. As the line blurs between games offering persistent online worlds and MMOs, the argument justifying high subscription fees — that such games costs enormous amounts to support — is less and less convincing.

If The Elder Scrolls Online is as good as we all hope, an annual fee of $60-$70, plus the initial price of the game, looks to be more than enough to pay for the service of playing online, and for any add-ons that are being offered. ZeniMax needs to rethink its pricing, or it may face the humiliation of a climb-down from its lofty demands. A price cut too soon after launch might well foster the suspicion that this high tariff was always a strategy to shear players most devoted to the Elder Scrolls franchise.