How Destiny seeks to bring sci-fi gaming down to Earth

Share All sharing options for: How Destiny seeks to bring sci-fi gaming down to Earth

The game is set on Earth and Solar System planets that were once populated by people much like ourselves, people who left their stuff behind. But while Halo focused on clean, monolithic grandiosity, Destiny is embracing the nitty gritty.

According to Barrett, the team wanted to place the game on Earth as well as other planets in the Solar System, and to populate it with visual familiarity, "so that people care about it." 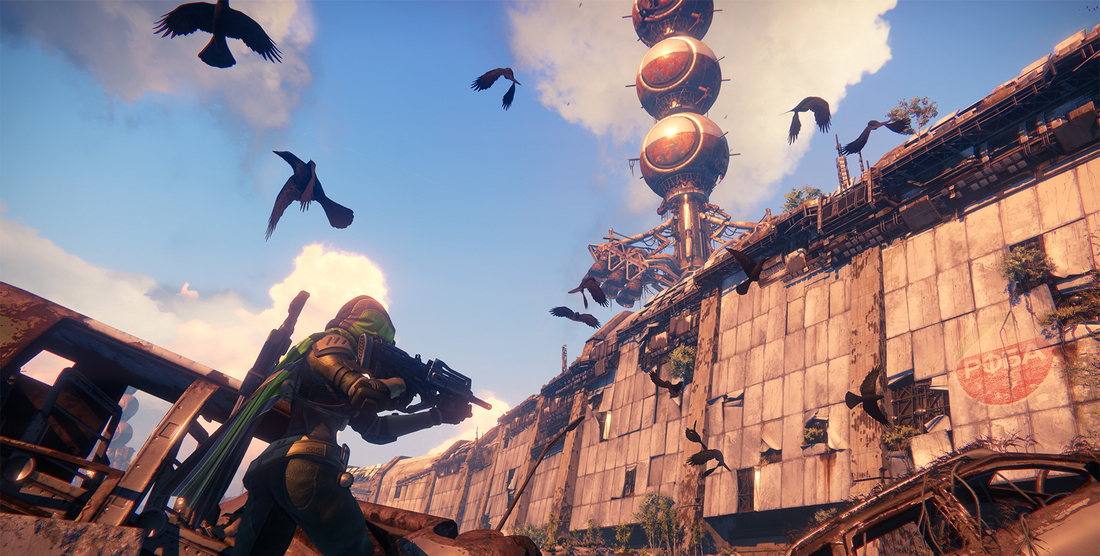 "Certainly in the first Halo we went for these alien landscapes that were meant to be monolithic, big mausoleums and stuff like that," he said. "But they were really also about what makes compelling gameplay experiences and oftentimes we pushed in the direction of those spaces to be about that and not clutter it with things that would get in the way of gameplay. Gameplay had to come first. So that's part of it."

He said that, with Halo games, Bungie made the decision not to fill the game with assets that were not directly relevant to the gameplay experience. But that came with a price. "We've always focused on breadth, giving players those types of experiences rather than the minutiae of a realistic feeling space. But, a lot of those spaces didn't quite feel real or human, didn't have human-scale props.

"That's something we knew going into Destiny, if Earth is going to be a prominent part of our story, if we're going to these human spaces, we need to create a lot of relevant props, human-scale stuff, make these places feel lived-in. And you can see that just from those lines of cars, for example. We learned that, we need a lot more kinds of those props and things to fill out spaces."

Destiny is Bungie's follow-up to the hugely successful Halo series, published by the developer's previous owner Microsoft. The game is being published by Activision, arriving in 2014. You can find out more about Destiny from Polygon's recent coverage.