Henry believes that the Japanese video game aesthetic owes a lot to ukiyo-e, and that the two design styles lend themselves well to one another.

"A lot of the design decisions of these old '80s Nintendo games are inadvertent descendants of Japanese woodblock printing," Henry tells Fast Company's Co.Design. "Instead of painterly renderings, Japanese game designers would use black pixel outlines and color fills. If classic games like Super Mario Bros. or The Legend of Zelda were made in Germany or America, they'd look very different, but because of ukiyo-e's influence in Japan, they have a distinct style."

Henry reached out to Bull, who taught him how to create ukiyo-e and eventually the two began collaborating on an extensive series of prints based on popular video games, including Super Mario Bros., Kirby and Pokemon. The pair determine what kinds of prints to make by choosing a game and coming up with a medieval Japanese spin for its presentation.

"For every piece, I have to do a lot of research because I'm trying to channel long-dead foreign artists I don't necessarily draw like," Henry said. "At first I felt guilty about lifting so much from the masters, until David pointed out to me this is how ukiyo-e has always worked: There's a master artist, and then apprentices who spend years copying him. I was just inadvertently creating the Japanese apprenticeship system." 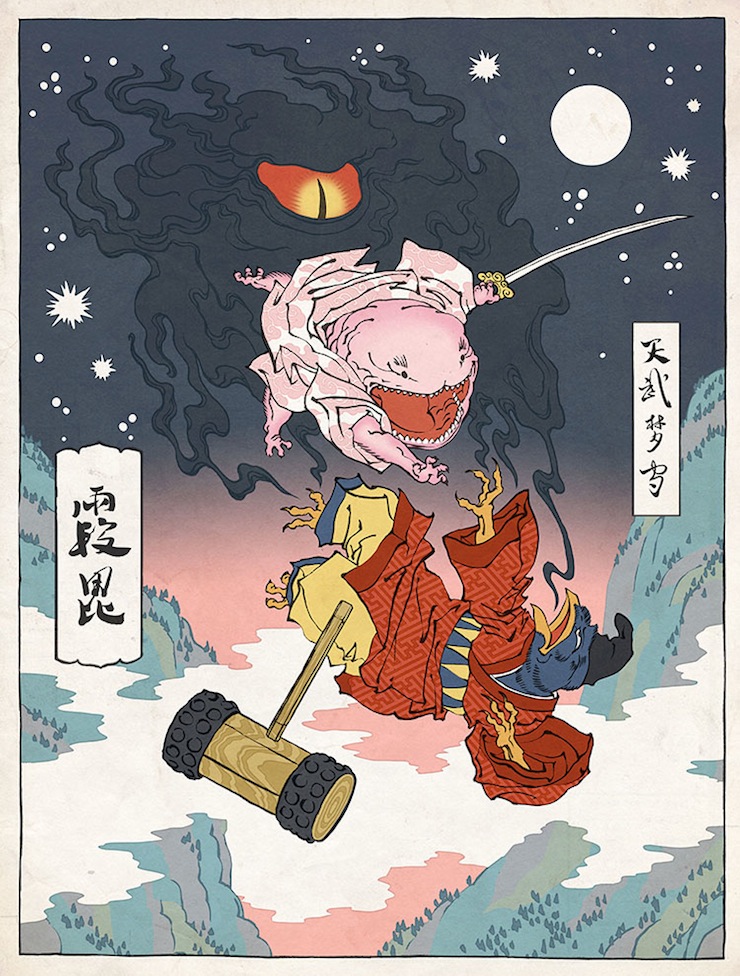