Here's how the Nintendo 2DS compares to the 3DS

Share All sharing options for: Here's how the Nintendo 2DS compares to the 3DS

Nintendo's announcement of a new handheld system dubbed the Nintendo 2DS, a revision of its Nintendo 3DS but without the stereoscopic 3D display feature, was met with bewilderment this morning. Based on name alone, the system sounds like a generational step backward from the 3DS, touting the feature that it "plays in 2D," just like every other Nintendo handheld system to date.

Save for a new external hardware design that's more like a slab than the folding clamshell of the 3DS and DS, the new 2DS is almost functionally identical to 3DS. 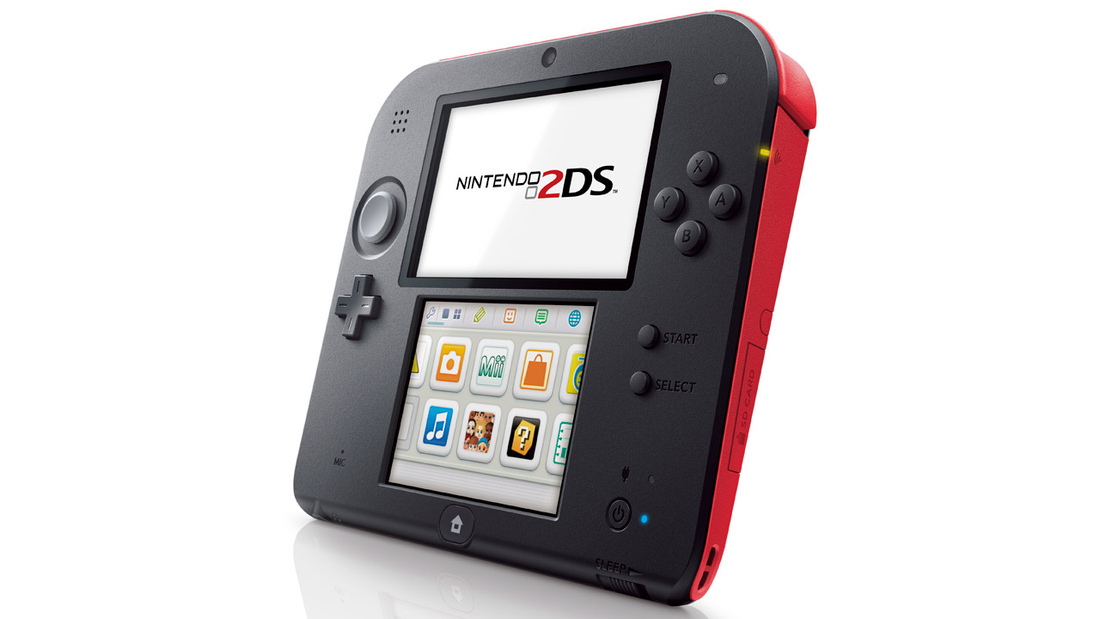 The 2DS, 3DS and 3DS XL all feature the same motion sensor, gyro sensor and inner and outer cameras. Nintendo 2DS features a dedicated sleep button — a low-power mode achieved typically by folding the 3DS closed — and drops one of the built-in speakers. Without headphones, the Nintendo 2DS outputs mono audio.

The battery on the Nintendo 2DS appears to have a slight edge on the 3DS. Battery life while playing 3DS games on the 2DS is approximately 3 to 5.5 hours. While playing DS games on 2DS, battery life is listed as 5 to 9 hours.

Despite a naming scheme that seems perplexing, with the Nintendo DS, 2DS and 3DS all currently being sold and marketed, the 2DS' support of games for the last-generation DS and current-generation 3DS should limit buyer confusion.

Nintendo's approach with the 2DS is clearly a value play; it says so right on the company's comparison of the "Nintendo 3DS Family" which labels Nintendo 3DS the "compact" option, the XL the best choice for "largest screens" and 2DS for value.

At $129.99, the Nintendo 2DS is positioned between the last-generation Nintendo DS — which Nintendo sells for $99.99, but on which game releases have slowed to a trickle of mostly movie and TV license-based games — and Nintendo 3DS, which starts at $169.99. It's an entry-level device, capable of playing just about every portable game Nintendo currently sells, but without the stereoscopic "glasses-free" 3D feature that seemed like a product of Nintendo responding to a quickly fading entertainment fad.

Nintendo reveals 2DS, a Wii U price drop and more