America's Army: Proving Grounds goes back to basics with strategy and teamwork

Share All sharing options for: America's Army: Proving Grounds goes back to basics with strategy and teamwork

America's Army: Proving Grounds — the latest installment in the U.S. Army's official video game franchise — will take the series "back to basics" by focusing on hardcore strategy, lethality and teamwork, according to the game's developers.

Launching tomorrow for free on Steam, Proving Grounds will let players step into the shoes of the U.S. Army to complete missions and drills in a fictitious country. Players will be able to take part in two kinds of missions: Battle Drill Exercises, which are shorter operations that allow players to practice and perfect their military skills, and bigger 12 on 12 missions that are played out in larger maps.

Speaking to Polygon, America's Army: Proving Grounds' executive producer, Randy King said the development team has tried to keep the game accurate and representative of what the U.S. Army does, how it is equipped and how soldiers train. But it has also tried to strike a balance between realism, accuracy and a fun experience, while ensuring that the game is accessible to newer players and challenging enough for seasoned gamers.

"It's a lot closer to a purist old school shooter."

"We're got a Normal Mode, which is friendly to new players and is very intuitive," King said. "It has a lush user interface that gives lots of information and tries to anticipate the player's needs, such as reloading weapons and situational awareness.

"Then there's Hardcore Mode, which is where the training wheels come off. "That's where we take away all the user-friendly stuff and put players in an environment where they have to keep track of their health, their ammo and the situation they're in. It becomes a lot harder. It's a lot closer to a purist old school shooter."

According to King, the two modes are part of the game's back to basics approach which, rather than focus on kill streaks and perks, goes back to the army's principles of teamwork and co-operating to achieve objectives.

"The scoring is reflective of that, too," King said. "It's not a case of you killed 100 people, so you win the game. It's if you complete your objectives, if you play as a member of a team — those are the things you get rewarded for."

Game designer Matthew Roberts told Polygon that the game encourages players to play as a team through the nuances of the game design. So rather than commanding players to work together, the game is designed in such a way that if players go off on their own, they are much less likely to succeed — much like in real life.

"One of the things that influences the teamwork is how lethal you are," Roberts said. "Positioning is the ultimate dominant strategy. In order to do that, you need to be talking to each other because there's not a big accuracy cone like in Call of Duty where you can circle strafe and somebody goes down. You can put a reticle on someone to take them down, but positioning matters more."

Because of the way levels are designed, players will have to watch each other's backs, communicate what they see to each other and stick together. Squadmates can heal each other and also free those who have been tied up, so it is to the player's benefit to always communicate where they are to their team. 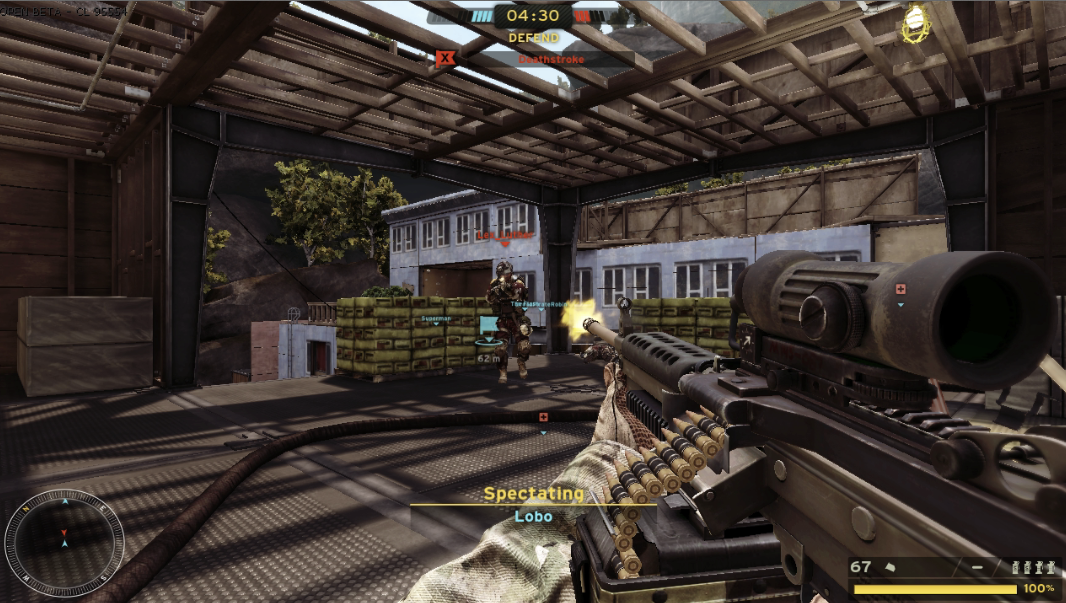 During a hands-on session with the game, our soldier separated from the group and we failed to communicate our whereabouts to the team. When we got shot, our soldier began to bleed out and we were tied up by the enemy. Players who are secured by the enemy are knocked out of a match if they are tied up for more than a few seconds, so our soldier was neutralized not two minutes into the match.

In a separate round, we stuck closely with our team, listening for instructions and taking care to avoid areas that our teammates had flagged as dangerous. When we were struck by a bullet, we were close enough to our team that they could heal us. When we were shot and tied up, the team was able to retaliate, heal us and free us.

King told Polygon that if players charge into the game, guns blazing, then they might not perform very well because of the lethality of the other players. The key, he says, is to stick with the team, always be communicating and to go after the objectives with strategy and tact.

"We wanted to build a thinking man's game," he said. "A game where it's non-linear, so you've got a lot of different ways to achieve those different objectives.

"If you work with your team, there's a lot of different ways of gameplay. And if one method doesn't work, then you can strategize and come back and try it again."