Texas is the center of the heated debate about abortion and women's reproductive rights. A new game, Choice: Texas, is set to tackle the issue. But the game has angered those who support new Texan laws restricting access to abortion clinics.

Video games traditionally give the player extraordinary powers to shape their fate. Rarely do they place protagonists in the role of victim, whose options are severely limited by circumstance, politics and environment.

In Choice: Texas, the player takes on the role of five different women who, for various reasons, are seeking an abortion. They all live in a part of the world where cultural, financial, legal and geographic obstacles have a great impact on women's reproductive health-care.

The appearance of this game is the latest episode in a long-running and divisive cultural war. Opponents of abortion say the game is one-sided and fails to grasp the relevant issues, a charge its makers reject.

One of the characters in Choice: Texas is a 19-year-old woman, a rape victim, who wants to terminate an unwanted pregnancy. In Texas, abortion clinics are few and far between, often requiring long and expensive journeys, fixed waiting periods between initial scan and final procedure and mandatory counseling sessions that are designed to discourage termination.

Another character is an excited mother-to-be, who must face the anguish of ending her pregnancy due to a life-threatening complication. As well as the practical considerations, she must negotiate emotional hurdles placed by political systems that are hostile to abortion.

Due to launch early next year as a free browser game, it is the work of two women. Carly Kocurek is a Texas-raised lecturer in video game history, now based in Chicago, and Allyson Whipple is an Austin-based writer, poet and feminist campaigner.

"The game is making a point about how there's this rhetoric of choice, but it's really contingent on a lot of factors," said Kocurek. "If you live in West Texas do you go to New Mexico to get an abortion there, or do you end up stumbling into a pregnancy crisis center that tries to terrorize you? I really want people to realize how difficult the situations facing a lot of women are. These are horrifying stories, often of middle class women with fairly good access but it gets much worse at the margins."

I am saddened by this game

Games are increasingly being used to deliver serious messages about complex issues, by seeking to place players in the shoes of individuals most affected. Depression Quest, Papers, Please, I Get This Call Every Day, Actual Sunlight and That Dragon, Cancer all feature protagonists who live in a place of suffering and whose options are limited by their own circumstances or tragedies. They deliver a valuable opportunity to see the world through someone else's eyes.

"What this game is really going to show is the difficulty levels for women in Texas that these changes will bring, depending on their station in life, " said Whipple. "A lot of people who come from a privileged background, it's not that they're bad, but if you have lived all your life having access [to healthcare] you don't understand what it is like to not have access." 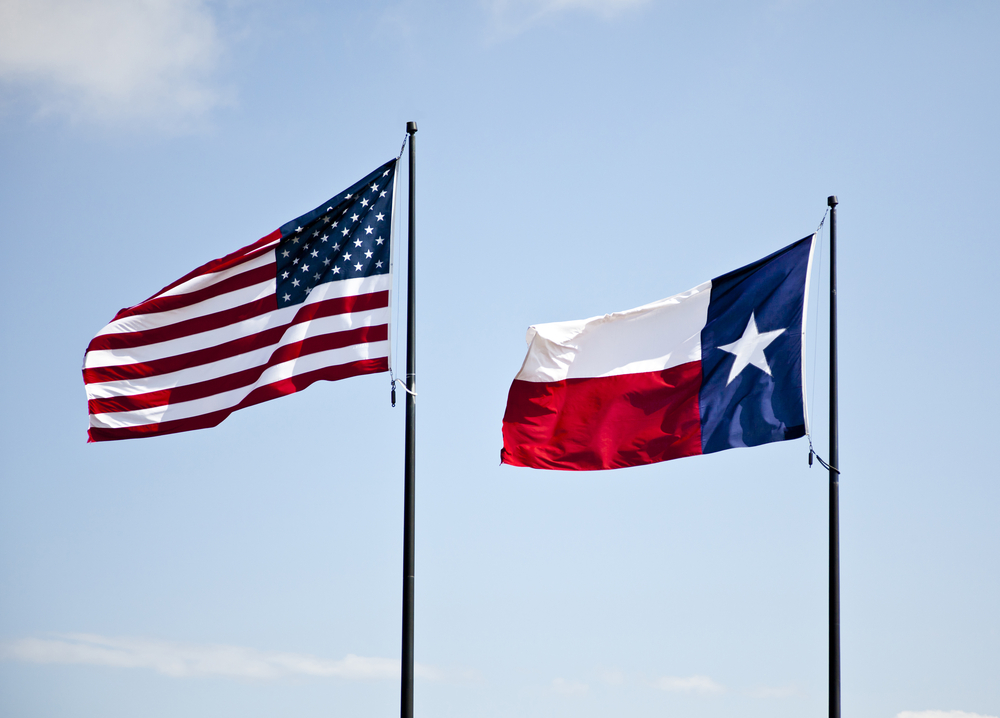 But political figures in Texas, who are in favor of the new law, known as HB 2, say the game in an unwelcome distraction from what they see as core issues.

"I am saddened by this game," said Emily Horne from Texas Right to Life. "It reduces abortion to a dry, simplistic view and it completely ignores the voice of the unborn baby, who obviously has no voice or perspective in this at all."

Kocurek counters that the game is not about promoting abortion. "We're really working to show why and how people make the choices they do, and what makes those choices especially difficult. Abortion is one of several possible paths the characters might consider or ultimately choose. The problems with reproductive healthcare in Texas go far beyond abortion, although that's the most visible issue.

"Many women can't afford birth control or adequate prenatal care or the hospital bills associated with giving birth. Costs for even uncomplicated births in a hospital are around $9,000. Lack of safe abortion access is just one of many significant related problems. Restricting access to abortions doesn't make them go away; it just makes the odds of women taking dangerous measures higher."

Undoubtedly, a woman seeking an abortion in Texas faces a much tougher time than women in other parts of the United States or just about anywhere in the free world.

Texas Governor Rick Perry has made laws restricting abortion a major priority, recently waving aside significant protests, including a famous filibuster by State Senator Wendy Davis, (pictured below) to pass a law that could lead to all but five abortion clinics in Texas closing by the end of 2014.

Choice: Texas is a response to Gov. Perry, a Twine game that is currently seeking funding from Indiegogo, proceeds of which will be used to improve artwork and presentation. The game is partly inspired by other serious interactive fiction hits like Zoe Quinn's Depression Quest, released earlier this year to widespread acclaim. 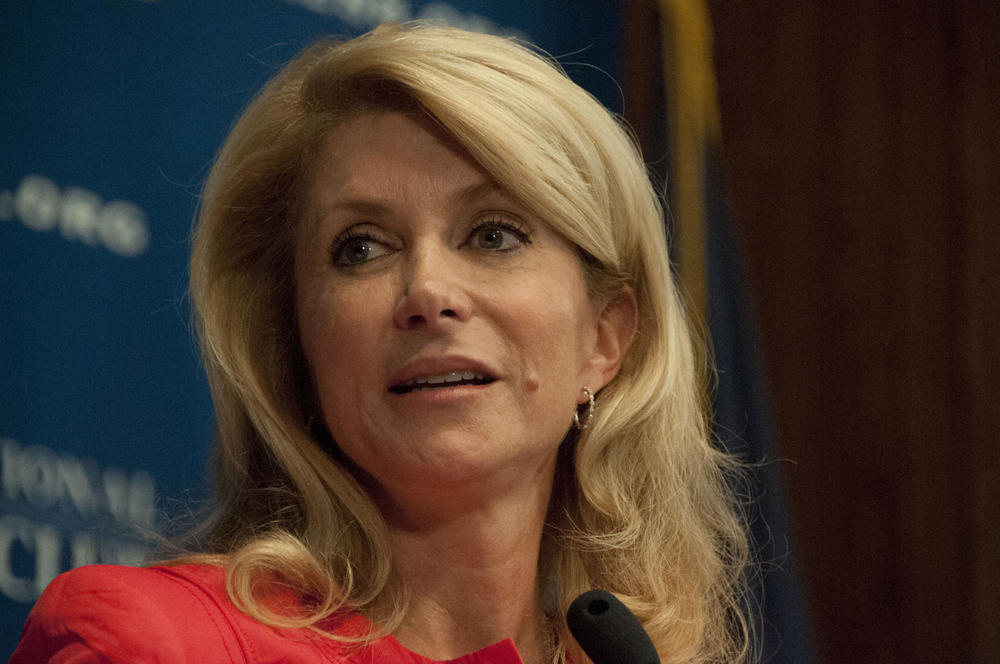 Kocurek said she hopes the game "gives people an opportunity to think" about issues related to the divisive abortion debate and added that she wants men to play the game as well as women, in order to experience the challenges facing women who seek abortions in Texas, and in other places hat have passed laws restricting pregnancy terminations.

"I like to believe that there is always an opportunity for us to learn more and think more about not only what's good for me but what's good for people who are struggling," she said.

According to Texas Right to Life, the appearance of a video game in the fight about women's reproductive rights is unlikely to be the end of the matter. "I have never seen or heard of an abortion video game before," said Horne. "There are always new ways to discuss this sort of thing. The pro-life moment is constantly adapting and exploring new ways to reach people. We''re focused on legislation and education but it wouldn't surprise me to see people with different talents looking at [games] as a way to reach people.

"There are lots of people in different walks of life and with different skills who are looking for ways to talk to the pro-life point of view."

Inevitably, Choice: Texas has already revealed the uglier side of modern political discourse. Kocurek recently decided to close the game's YouTube comments following a stream of abusive messages. "I come from a conservative place and a conservative family in Texas," she said. "But we discuss things in a non-angry, non-personal way. It's OK to have people disagree with me, but this was people threatening me in a pretty aggressive way."

Kocurek said she believes it likely that the comments were part of a campaign. "They referenced a forum, and came at me within a concentrated period of time," she said.

In the microcosm of video games, there is also a stream of opinion that dismisses games that attempt to approach serious subjects, arguing that the form should restrict itself to escapism and power-fantasies. This line of reasoning does not impress Whipple.

It just broke my heart

"If fantasies about stealing cars and playing war-games are supposed to be fun maybe we really need to look at what we consider fun," she said. "We should also recognize the extent to which games can teach rather than just be fun. Games can be educational too."

Whipple once worked on a hotline offering support for women seeking abortions. She said this experience helped her to draw out the characters in the game.

"Every woman I spoke to it just broke my heart," she said. "We created these characters and to us they are real. To me, every woman who decides to make this choice goes through a very emotional process."

For Horne and for anti-abortion campaigners, the game is just another representation of a world-view with which they fundamentally disagree. "This game is only talking about one of the two humans who are in any situation like this," said Horne. "We saw, during the HB 2 debate, an explosion of people getting involved in the debate who were just repeating talking points and getting so worked up. It doesn't help if only certain facts are told to them."