Opinion: The special pleasure of a slow game

Share All sharing options for: Opinion: The special pleasure of a slow game

Before we begin: let's take a deep breath, you and me.

Breathe in again. Hold it ... breathe out.

I've been thinking about pacing. About how to slow people down, especially when you need them to pay attention, and especially when it's summer — when it feels good to make no quick moves. As gamers, we naturally hurry to the next shiny thing, but once in a while a game stops us.

My favorite example is Jim Munroe's Everybody Dies, a text adventure from a few years back. In the opening scene, you're standing along a snowy road with a grungy kid who's smoking a cigarette. Your first instinct then is to move — to head east or west, to take in more territory. You're not a person inhabiting a place, not at first anyway; you're more like an animal sniffing around your cage. You want to find the exit, and you don't want to miss anything. The instinct kicks in on that first move — but the game reaches out to stop you. "Chillax man, lemme finish my smoke," says Graham. You can't move until he's done. 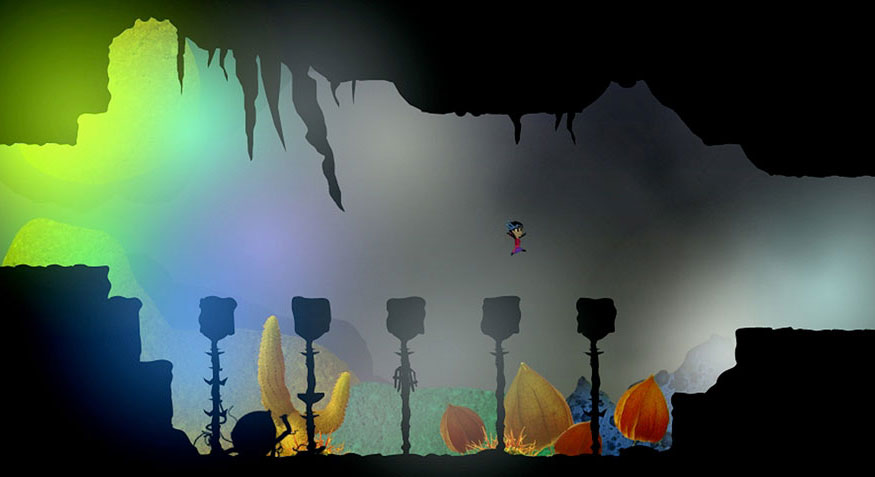 Nifflas' Knytt Underground is another favorite. It takes a few hours to settle you into its world. The first two levels are really just tutorials, that hem you into a handful of the game's rooms. There's not much backstory and nothing to hustle us — no big hero's journey, no urgent reason to get off your butt and start exploring. And then, when the world finally opens up to you, you see how vast it is: Nifflas has built a cave complex of over a thousand rooms, each the size of a screen, some of them a straight shot from left to right or up to down, the others filled with knotty passages and platforming puzzles. There is a quest waiting for you. You have to ring six bells scattered across the map, and when you do that, apparently you'll save the world. But Nifflas keeps slowing you down. He withholds the big explosions. He downplays the urgency of your mission. Your two companions — a pair of fairies, Dora and Cilia, one of them upbeat, the other cynical — aren't there to guide you so much as hang out with you.

Trying to explain the appeal of this game to someone, I suggested, "In college, did you ever go all the way across town with some people you barely knew to pick up a used futon? It's kind of like that." You have to wander, because the human brain can't remember all those paths through all of those rooms — well, maybe yours can, but I didn't mind rambling around. You get to know your new friends, but you have to wait ‘til they feel like talking. You save the world, but it's not a big thing.

You save the world, but it's not a big thing

I recommend Knytt Underground to all of my friends, always with the caveat that they have to give it time, and they have to commit to those first few hours when nothing seems to have a point. The opening is like a test: if you can't be patient this long, maybe you don't deserve this vast, handcrafted world that Nifflas labored over for you. Maybe you're a maximizer. We can't have that in here.

Games have so many ways to push back on us, to try to slow us down; think of all of the ways Animal Crossing: New Leaf puts speed bumps in front of your grinding, like the long boat rides that separate you from pillaging the island, or the little goodbyes that stop you from rushing right out of a store. It's no coincidence that many of these devices include words. I work with words, and I know they slow us down. But text can also set the tempo of the game. 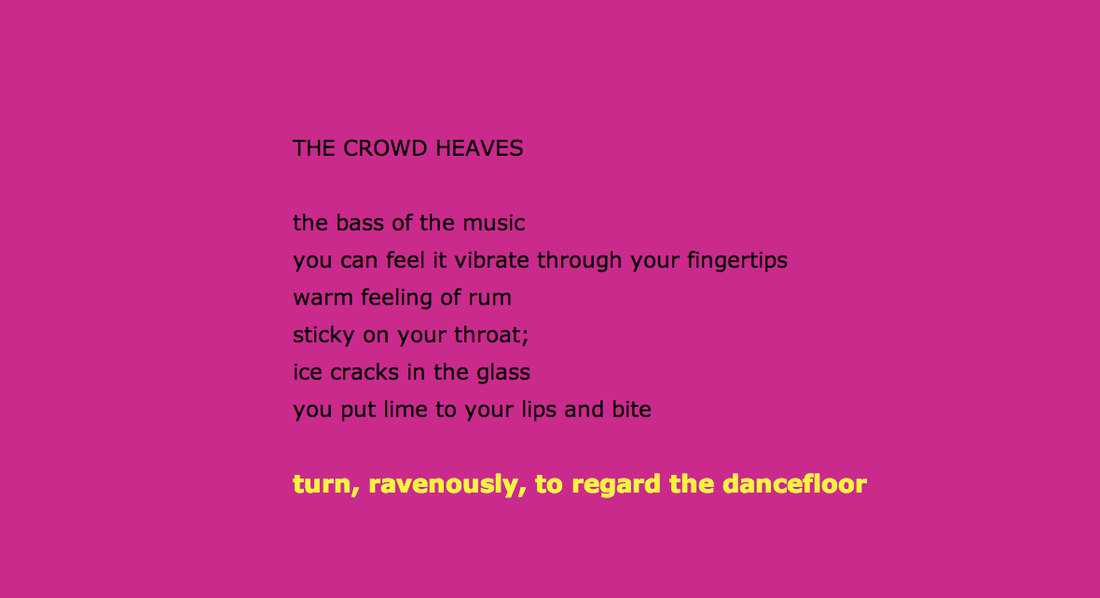 Have you played Cara Ellison's Sacrilege? It's a text-based game, but the text never feels like it's in the way. Instead of confronting you with a wall of text, instead of presenting the words as a kind of obligation, Ellison lures you into them. You read each line as it appears. You click on a word to see what'll happen. They have an almost tactile quality, and sure, the engine she's using helps, but so does the content: it's a game about sex, and about a character who's looking to get some. The words aren't exposition but thoughts. They match up with the pace of the character's decisions and discoveries. Every line is just long enough, even when you finally get down to business, and that leads to one of gaming's best sex scenes — because instead of clicking on a button or twiddling a thumbstick or handling some other abstraction, you're clicking the words, which stand for thoughts. Click. Click click. Click click click click click.

We all know that games use difficulty and challenge and explicit barriers to gate our progress. As Ron Gilbert reportedly said, games are just locks and keys; you find the one and it opens the other, and that goes on until the end. But when a game finds a way to make you linger over a key, to wait before you find the lock, to stop and feel what it's like to open the tumblers — that's sublime. And hilariously, we almost never look for it. It's not in our nature, as gamers, to wait. So I don't mind when a game outwits me, and stops me, and forces me to breathe.

Chris Dahlen is asleep. He is formerly of Edge, The Onion AV Club,Paste, and Kill Screen Magazine, where he was co-founder and editor. He was also the writer on Klei's Mark of the Ninja. Look him up on Twitter @savetherobot.