Nintendo 2DS hands-on: surprisingly not the worst thing ever

Share All sharing options for: Nintendo 2DS hands-on: surprisingly not the worst thing ever

Nintendo's budget-friendly new handheld, the Nintendo 2DS, made its publicly playable debut on the first day of PAX Prime. We took Nintendo's portable curiosity for a spin and found that, despite its bulk, it's actually quite comfortable to use. However, some of the cost-cutting measures have their drawbacks.

The most obvious difference between the Nintendo 2DS and the 3DS/3DS XL is its inability to play games in stereoscopic 3D without the need for glasses. Since I rarely use the 3DS' stereoscopic 3D feature — Super Mario 3D Land being the one exception I tolerated — it's not an option I especially missed.

Holding the 2DS initially feels unnatural. I've never held a piece of Nintendo hardware that sits in the hands like this — with its big, square-like architecture. And yes, it's big. Way too bulky to even think about stuffing into a back pocket.  It didn't take long to settle into the feel of gripping the device, however.

Where the 2DS immediately failed for me was its cross pad, which feels softer and mushier than the clicky D-pad of the original Nintendo 3DS, the model I use almost daily. It just feels, well, cheaper.

Since the 2DS doesn't fold in half, low-power sleep mode is achieved with a toggle switch on the bottom right of the device. It clicks into place solidly, and prevents any other button input from waking it up. It also disables turning the device off with the power button. 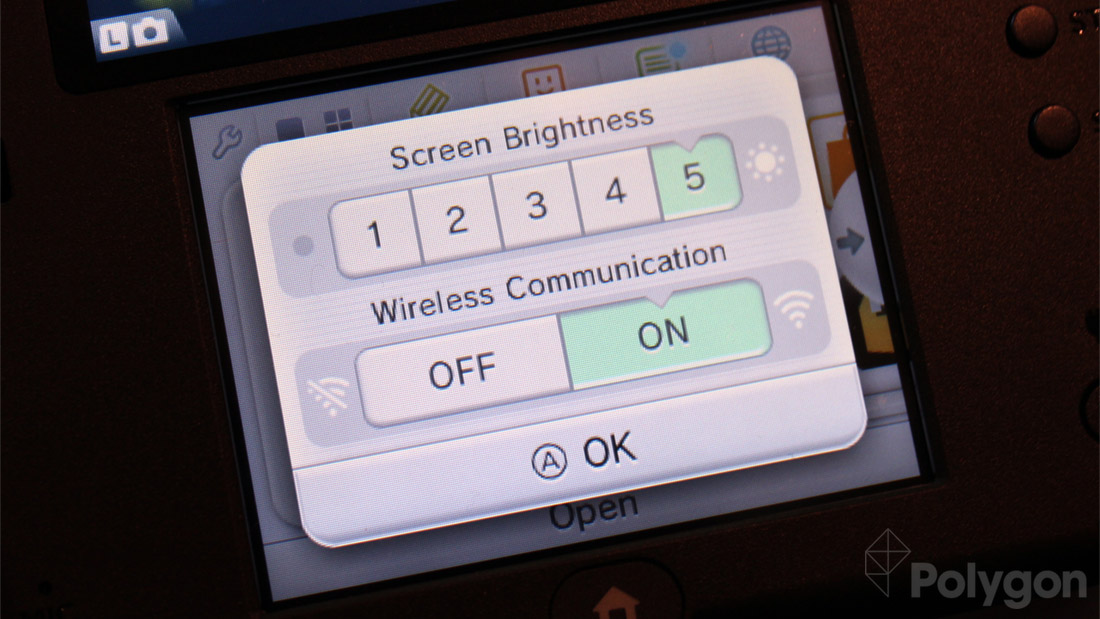 One switch that has been removed from the Nintendo 3DS model is the wireless slider that can quickly enable and disable wireless communication. That's now done on the software side. Tap the home button, and a small wrench icon in the upper left of the bottom screen appears in the home menu. (It replaces the brightness icon on the current 3DS.) From there, players can turn wireless communication on or off or adjust screen brightness. The Power-Saving Mode option is gone.

On the firmware side, that appears to be the only real change from the current 3DS, with the exception of displaying a Nintendo 2DS logo on start up.