The Last of Us' best alternate ending was its musical ending

Share All sharing options for: The Last of Us' best alternate ending was its musical ending

The post-apocalypse of Naughty Dog's survival-action game The Last of Us is a bleak and hopeless one. But one of the game's scrapped alternate endings, which took a turn for the improvised and musical, provided a swelling, romantic sense of hope (and plenty of laughter).

At PAX Prime, The Last of Us game director Bruce Straley and creative director Neil Druckmann walked Naughty Dog fans through the original pitch for their PlayStation 3 game, offering a very early look at the game's story, combat mechanics and influences.

(Note: While the plot details Straley and Druckmann discussed played out differently in the final version of the game, the two also touched on late game story events that should be considered spoilers.)

The two Naughty Dogs showed a version of the game's ending that turned a playable scene into an extended cut scene. In an earlier version of the game, the story ended with Joel bringing Ellie to a medical facility where doctors researched her unusual gift: her immunity to the infection that all but wiped out the planet. In the scene, Joel learns that the surgery that would be performed on Ellie in search of a cure would also result in her death. Joel takes the news poorly, killing the entire lab staff and escaping with an unconscious Ellie. 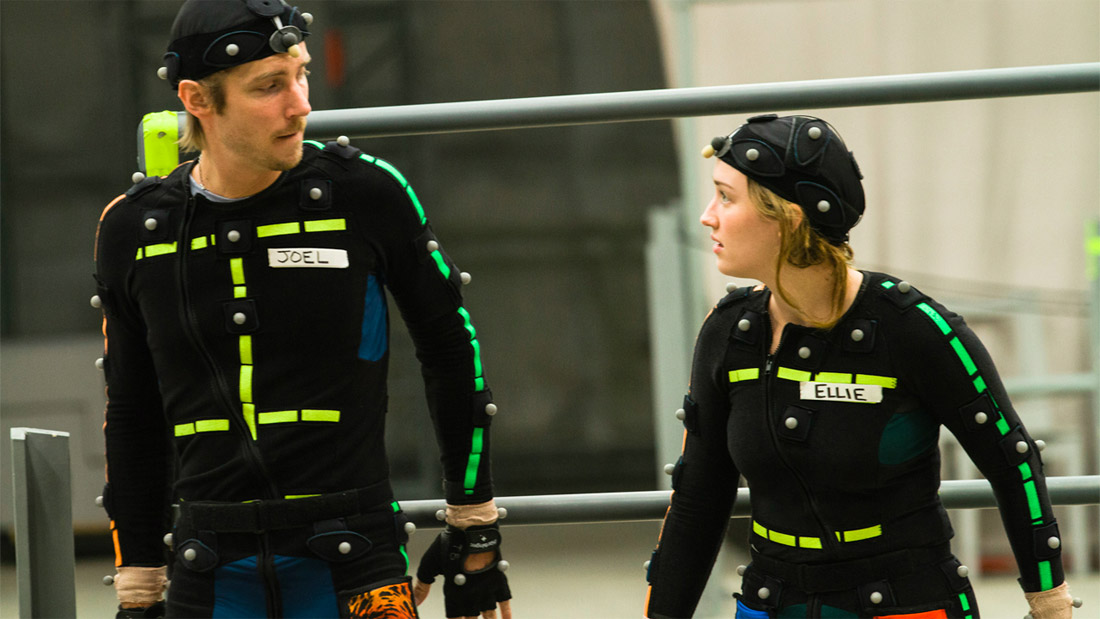 Naughty Dog played video of a motion capture session from the take, showing how actors Troy Baker (Joel) and Merle Dandridge (Marlene), decked out in mocap suits and armed with toy guns, played out the early version of the scene. Joel takes a hostage, they argue and, despite Marlene's pleading that Ellie would be better off dying on a surgical table than possibly being raped and murdered by survivors, Joel shoots Marlene as she's begging for her life.

According to Druckmann, Baker flubbed that scene multiple times, dropping his replica gun as he burst into the room. Druckmann said that, during one of the following takes, he took Marlene aside and gave her some private direction. Then he spoke to Baker privately, saying that no matter what happened in the scene, he simply must continue. Whether he dropped the gun or something else unforeseen should happen, keep going.

On that take, when Baker ran into the room, Dandridge broke into song, belting out a beautiful rendition of her lines with musical flair. Even as Dandridge sang the lines "Raped and murdered! Raped and murdered!" Baker didn't flinch, instantly improvising his own sing-songy version of the dialogue, momentarily turning the climactic scene from The Last of Us into a Broadway musical. Impressively, neither actor broke character, completing the scene wholly in song.

The improvised musical performance drew an ovation from the PAX crowd. 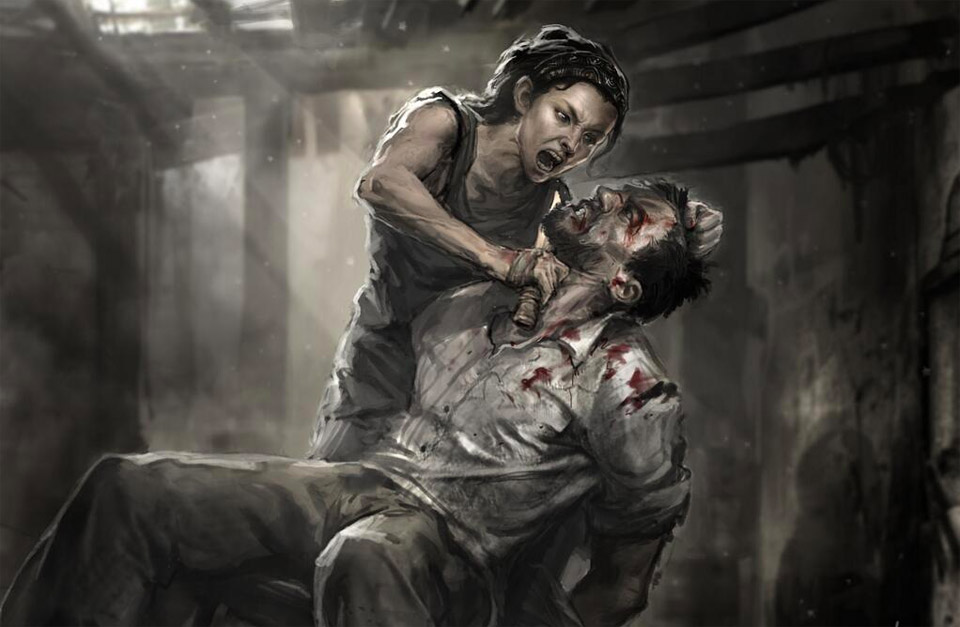 Straley and Druckmann also touched on a very different version of The Last of Us that saw Joel's partner Tess play the role of antagonist. In earlier versions of the story, Tess' brother joins Joel, Tess and Ellie on the initial leg of their journey. Tess' brother soon dies in a firefight with the military that Joel instigates, and Tess blames Joel for his death. When Joel and Tess go their separate ways, the latter begins to resent Joel and with the help of a gang of survivors, attempts to hunt Joel down.

Near the end of the game, Naughty Dog planned to have Tess' gang catch up with Joel and chase them down into a ranch house. With Joel's help, Ellie would escape. Tess would then torture Joel for information about Ellie's whereabouts with the intent of finding her and killing the girl — "She knows you're the only thing I care about," Joel would have told Ellie.

The torture scene would have ended with Tess pointing her gun at Joel's head, then a gunshot and a smash to black.

During her escape, Ellie would have doubled back, seen the torture taking place and shot Tess. It's her gunshot players would have heard.

Among the other scrapped ideas for The Last of Us was another character along for the ride: Ellie's dog. Naughty Dog showed concept art of the scrappy pup in Ellie's arms, but no in-game footage of her faithful companion.

"We wanted to make a Naughty Dog game with an actual dog," Druckmann said.