Opinion: Blame Kickstarter for our new addiction to swag

Share All sharing options for: Opinion: Blame Kickstarter for our new addiction to swag

"If you pledge $1,000 or more, you'll receive a large ROYALTY-STYLE PORTRAIT of yourself within the game and a PHYSICAL PRINT of your in-game portrait."

It really is a genius pledge reward, one that's already netted the Shadow of the Eternals Kickstarter $12,000. With just eight of this tier left up for grabs after one week, I imagine this pledge bracket will end up sold out before long.

There are a lot of these creative, tempting pledge rewards out there: digital and physical art books, bonus in-game rewards, collector's statues, character skins, dinner dates with developers, personally designed content — plenty of amazing shelf-stocking goodness to salivate over.

Often-times creative rewards like this play a key role in reaching funding goals for a game. But what happens when the perks outshine the product? 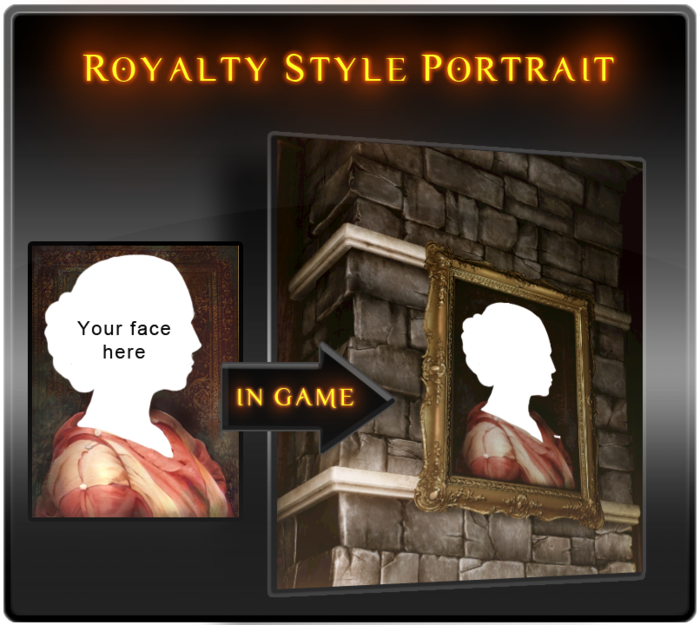 Before I even knew what the mechanics of the Cthulhu Wars game were, there I was ogling the treasure trove of miniatures, add-ons, and alternate maps. How could I not, when they were laid out in front of me in such a beautifully illustrated, wanton fashion? I was ready to lay down $500 before I had the slightest inkling of how the game was played.

This seems to be a growing mindset within Kickstarter culture — the idea that we search out the projects that give us the best ‘deals', the coolest swag, the greatest bang for our buck. But I worry we're treading dangerously close to violating the spirit of services like Kickstarter when our projects begin to resemble Billy Mays infomercials.

On the flip-side is the Lioness project, which is being praised for not having stretch goals and big rewards. Lioness is a crucial example of what crowd-funding can bring us. This is a game many of us want to play, but one that publishers aren't likely to finance. It has a powerful and definable vision — something that its developers feel is often lost in today's crowd-funded projects.

It creators believe that stretch goals and their ilk jeopardize the authorship of a project, and that a game "begins to cannibalize its own narrative and vision" when forced beyond its own scope by backers with big pockets. The creators stick faithfully to this belief in the structure of their Kickstarter. In fact, this project's highest reward tier has nothing to do with Lioness. If you pledged $126 the designer will just make you a separate, small game.

So one side of Kickstarter we have reward glut, and on the other we have a reactionary minimalistic approach. The Frontiers Kickstarter may be the porridge that's 'just right.' 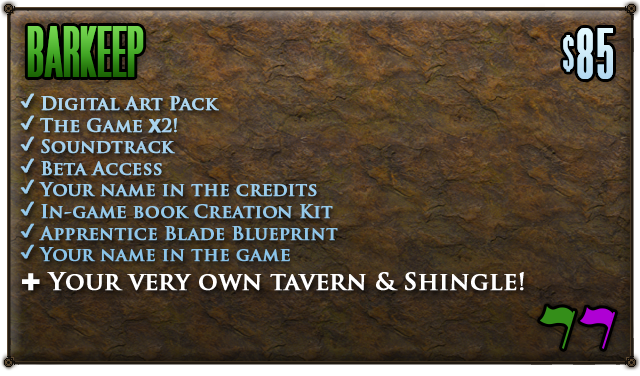 Frontiers was successfully funded at 300% of its goal. The rewards structure of this project is unusual. Only a few of its pledge levels offer physical objects. Instead, the project asks backers to contribute to the game, granting them digital creation kits with which to produce plants, books, journals, and more. Those digital creations that are deemed acceptable will be included in the game's final release. Additionally, backers may claim areas of the world such as taverns, inns, islands, and even large landmasses or regions by naming them, establishing their climate, and more.

It's the virtual equivalent of having a donor's name put on a park bench.

As if that weren't enough, the success of the stretch goals has prompted the creator to poll the backers and gauge what new features and mechanics they would most like to see in the game. The top three highest voted-for selections will be included in the release.

What Frontiers does is evolve the backers from consumer to collaborator. Instead of rewarding their investment in the project with just physical compensation — getting them to buying into the game by literally buying something else — it grants them transparency through participation. This distinction is critical, because it's unique crowd-funded — or crowd-sourced — games. By creating this innovative reward structure, Frontiers has essentially found a way to directly translate money into content, thus making both rewards and donations more communal elements. This is a key feature of Kickstarter that has yet to be truly capitalized on, and I believe Frontiers is a step in a very interesting — and potentially correct — direction. Right now, we buy into Kickstarters like we're browsing Amazon for cool ‘stuff', when we should be doing it to become involved in a vision. Every project is different in some way, but each one should aim to structure itself so that backers are more than just shoppers.

Richard Wirth is a game designer, writer, and graduate student at The University of Texas at Dallas, where he co-leads an organization of student game developers. He also occasionally wears viking hats. Look him up on Twitter @wirthwrite.