Mario & Luigi: Dream Team is the fifth Mario game Nintendo has released in the last year. It's also the most unique and most heavily varied of the bunch.

Dream Team doesn't significantly alter the action-tinged RPG mechanics of previous Mario & Luigi games, but it never stops building around them. It constantly introduces new means of interaction, short mini-games and elements that completely change how battles are fought — even as it sometimes stretches its wild imagination thin over a lengthy game.

Mario & Luigi: Dream Team begins as the denizens of the Mushroom Kingdom — including Mario, Luigi and Princess Peach — get invites to Pi'illo Island, a vacation hotspot with a populace obsessed with sleeping. If you've played a Mario game or an RPG before, you can guess the plot beats: Princess Peach is kidnapped, an evil from an ancient civilization is uncovered, pieces of a powerful relic must be collected, etc.

There is one key twist: Mario discovers he can enter Luigi's dreams, giving the brothers access to a different reality where previous inhabitants of the island have been imprisoned. The main game takes place in a top-down, three-fourths perspective, with a helpful visual depth added by the handheld's 3D capabilities. In the dream world, things switch to a 2D look traditional to the non-RPG Mario games.

The core gameplay remains the same between these two modes — exploring, solving puzzles and getting into turn-based battles — but the context changes entirely. The regular game exists in a fully realized cartoon fantasy world, with different shops and towns, multiple regions to explore and tons of random characters to provide flavor text. The dream world is more incorporeal and more directed. Most dream world locations only have two or three rooms and very little in the way of side quests or NPCs to distract you. By hopping back and forth from the dream world regularly, Dream Team successfully provides both the eager exploration of an RPG and the focused get-to-the-end challenge of 2D platformers. But the gameplay variety doesn't stop there. 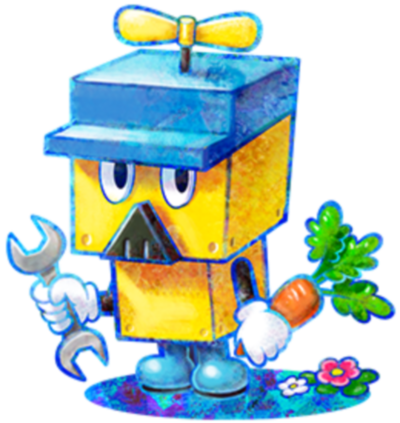 The allure of unexpected quirks around every corner kept me playing

I couldn't go an hour in Dream Team without it throwing some crazy gameplay twist at me — like a towards-the-camera chase during a boss battle, a fight against a sand-burrowing giant worm while riding on top of a mine cart equipped with a drill or a Godzilla-inspired giant robot brawl. Many of these sequences last just a few minutes, never to show up again. Changes came so fast and so often that I could never guess what was going to happen next.

The allure of unexpected quirks around every corner kept me playing even when the regular exploration and combat overstayed their welcome. Neither Dream Team's world nor its turn-based combat are boring on their own, but they start to feel padded in a way that goes against the manic joy of the rest of the game.

When I left the first few areas of the game with some parts unexplored and inaccessible with my current abilities, I thought it was building in reasons for 100 percent-minded players to return later in the game. Instead, it comes up with plot contrivances forcing you back into each zone and using almost every inch of Pi'illo Island's layout. The areas have interesting layouts full of puzzles to be solved by using hammers or turning the brothers into a drill or rolling them into a ball, but the world lost some of its magic when I realized I was being led by the nose through all of it instead of given the freedom to ignore or return to areas as I saw fit.

The combat in Mario & Luigi requires timed button presses for bonus damage or to dodge enemy attacks. This held my attention for the most part, but most areas only have two or three enemy types wandering around. They sometimes repeat often enough to grow exhausting, and even worse, if you discover an attack that you just can't get the hang of, you're stuck dreading every encounter with that enemy type for the next few hours.

The bloated parts of Mario & Luigi: Dream Team's structure are tied to the game's story, which makes desperate epic overtures despite its goofy underpinning. A surprising — and frankly annoying — amount of dialogue is devoted to uncovering the secret history of Pi'illo Island and new antagonist Antasma. It's fluffed-up lore with no hooks.

Dream Team's text fares better when it skips the fantasy tropes and lets comedy drive it forward. NPCs are over-the-top and self-aware — even making fun of the game from time to time. At one point, Bowser shows up and throws a fit that he isn't the one who kidnapped Princess Peach. The most wonderfully ridiculous parts take place in the dream world, where we're granted a rare look at Luigi's subconscious mind — his fears, his protectiveness and his desire to live up to his brother's name. The skits here are hilarious and surprisingly touching for a game about a pair of Italian stereotypes that don't speak. 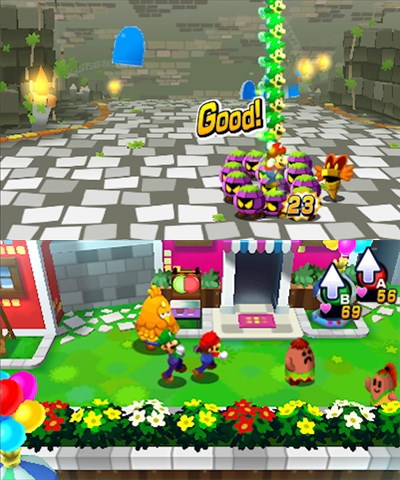 Mario & Luigi: Dream Team has plenty of fresh ideas despite some repetition

Nintendo has flooded the market with Mario, but Mario & Luigi: Dream Team is the publisher's best-argued case that there are still unique ideas to be explored with this popular duo. The core gameplay that the series has refined over four entries is solid enough â if a little too light for 30-plus hours of repetition â but Dream Team truly shines in its willingness to constantly try new things.