Core gamers, mobile games and the origins of the midcore audience

Developers talk about the rise of midcore games

Share All sharing options for: Core gamers, mobile games and the origins of the midcore audience

The rise in popularity of "midcore" video games is partly fueled by technology advancements, increasing player sophistication and core gamers demanding more from mobile devices, according to developers from the mobile games industry.

Until the past year, mobile games were mostly associated with casual experiences and were labelled as such — casual games were found on mobile, "hardcore" games were found on PC and consoles. But the recent rise in games that identify as "midcore" is challenging the binary notion that games need to fall into one category or another, or that certain kinds of games belong on certain platforms.

As the name would suggest, midcore games fall somewhere in the middle of the casual to hardcore spectrum. The remaining criteria for what makes a game midcore aren't widely agreed upon. Some developers argue that midcore games are hardcore experiences played in casual ways (e.g. shorter play sessions, less time commitment, more social frameworks), while others argue that a hallmark of midcore is its high monetization on a per-user basis.

"I think we'll go from casual to midcore to core to hardcore to ultra-hardcore."

While the details of its definition might be disputed, its recent growth in the gaming market isn't, and the developers we spoke to about it had a few ideas as to why we've seen a recent spike in midcore games.

James Hursthouse is the CEO and co-founder of Roadhouse Interactive, the studio behind Mechwarrior Tactics, Elemental Power and UFC Undisputed. He believes there are two main forces behind the growth of midcore: device availability and demand from hardcore gamers.

"Midcore has been driven by the emergence of tablet," Hursthouse told Polygon. "It's very hard to say you're immersed in a three-in-a-row game like Candy Crush Saga, which is great on the one hand, but at the same time if you want to have a more immersive experience you can lose yourself in, then the larger screen size is part of the emergence of midcore."

According to Hursthouse, immersiveness is a key factor in midcore games — they're experiences that are complex enough that players can lose themselves in the game world. He likens the larger screen offered by tablets to the gamer's previous domain of the large television with a console attached to it. The tablet, he says, allows gamers to have that same experience away from the television. 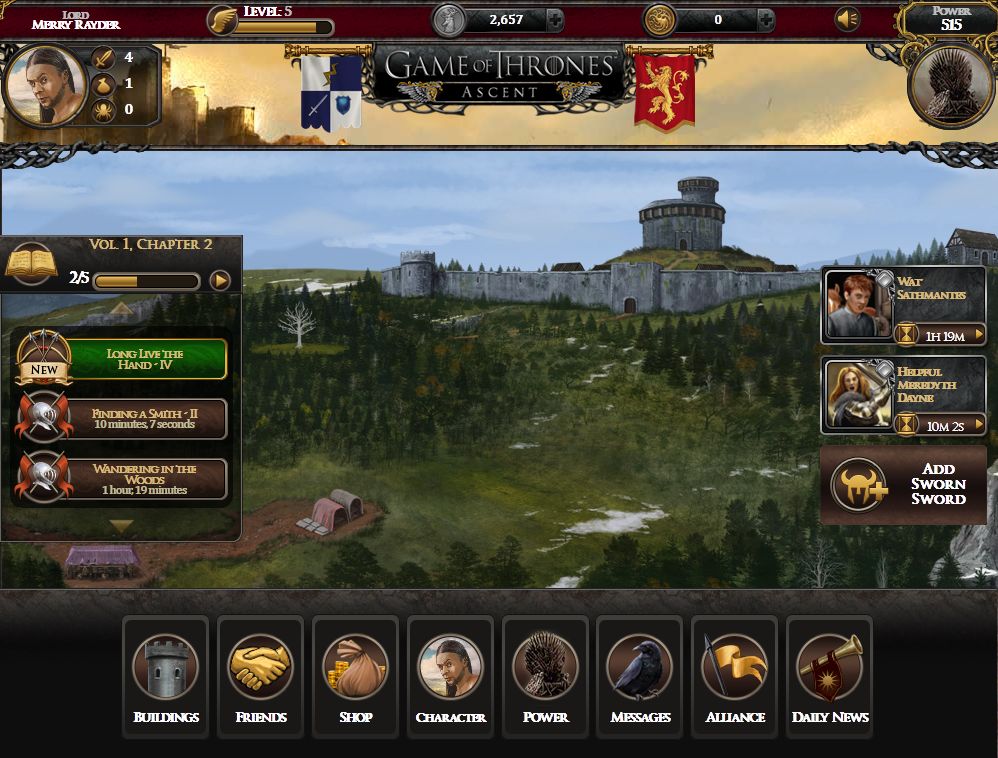 "I think it's more the case that people who have been gamers since they've been kids, they're starting to have kids of their own now. They're getting busy at work and they don't have the time to devote 20+ hours a week to a game," he said. "Those gamers want something they can enjoy in bite-size pieces through a device that is with them all the time."

Hursthouse says that many of the game loops and actual game mechanics in midcore games are "quite core," and that midcore mostly refers to shorter play sessions.

DeNA's Ben Cousins, who previously worked on EA's Battlefield series and recently released The Drowning for iOS, seconds Hursthouse's idea that technology is a primary driver of the midcore gaming market.

Speaking to Polygon, Cousins said mobile devices are now powerful enough to satisfy a "not-quite hardcore gamer, but certainly a gamer who appreciates depth and high-quality graphics, and perhaps an adult tone to their game, which are some of the definitions I would give for midcore."

According to Cousins, mobile devices were not powerful enough in the early days of smartphones to support the kinds of games that appeal to core gamers. As technology has advanced, more complex gaming experiences have been made possible.

"In the early years of the App Store, it was more casual and 2D-based," he said. "I think there are more hardcore experiences on the devices now made possible by the technology, and that's a trend that will continue. So I think we'll go from casual to midcore to core to hardcore to ultra-hardcore, and by the end of the day I think our mobile devices will be having really hardcore games like League of Legends or World of Warcraft-type equivalents."

But not everyone agrees that it's all about the evolving technology. 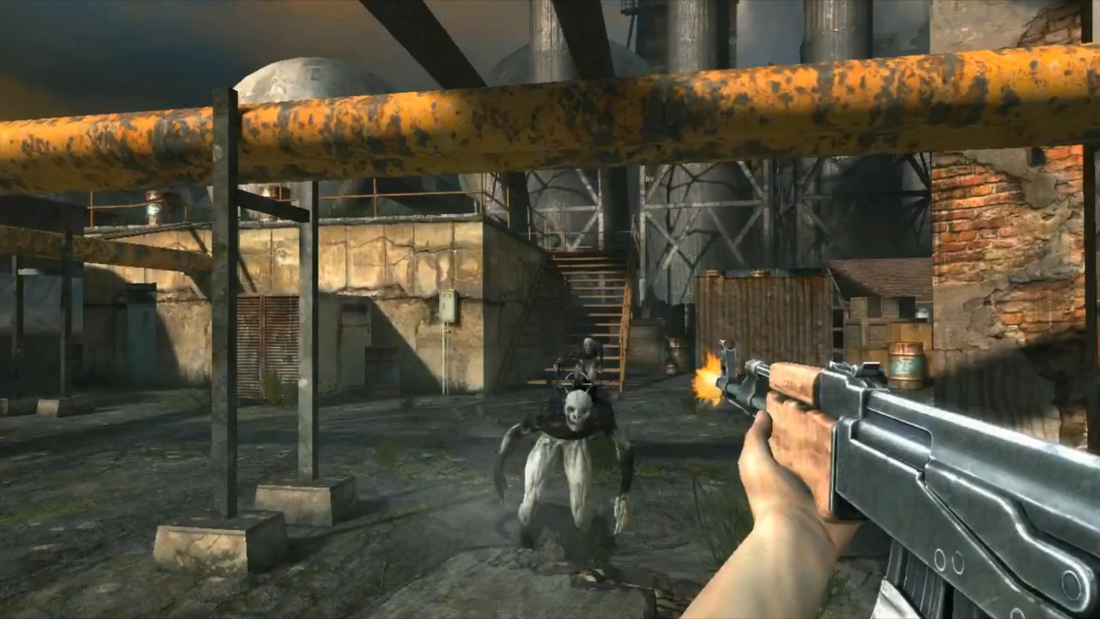 Jon Radoff is the CEO and founder of Disruptor Beam, a studio best known for its work on Game of Thrones Ascent, a strategy game on Facebook based on the Game of Thrones book and television series. In his view, midcore isn't even a market — it's a term that executives and investors within the games industry use to describe games that have more sophisticated mechanics than have historically been in the casual games market. The rise in the kinds of games that people would label as midcore isn't fueled by hardcore gamers — he believes it's coming from the casual end.

"When you ask why didn't midcore happen sooner, I think that's part of a question of how do markets evolve over time," Radoff said. "I think it took time for people to get exposed to simpler games, and then learn the tropes and the expectations of gameplay so they were then prepared for more complex and sophisticated gameplay over time."

Radoff told Polygon that it's not primarily a technological issue but a cultural issue. The tech may have made it easier for people to discover and access games, but it has not necessarily made the games themselves any more complicated or deep — he cites board games like Settlers of Catan as complex experiences executed using simple technology.

Big Fish's VP and general manager Chris Williams is also skeptical of the claim that technology was a primary factor in the rise of midcore. According to Williams, many of the mechanics used in midcore games came from Japan where they were pioneered on feature phones as text-based experiences, so the ability to achieve depth in a game on simpler technology was already possible more than a decade ago. As for immersive mobile games with high end graphics, Williams told Polygon: "I think if people want a graphically-rich, intensive experience, they're going to buy the new console and sit down with their HD TV and get immersed. I wouldn't say it's the power of the device that's fueling midcore."

"Is someone who started off playing a casual game going to be a guild leader in a D&D-esque game where they're hosting raids? That's hard to believe."

With the technology argument pushed to the side, Williams doesn't believe the market is being fueled by casual gamers becoming more sophisticated, either.

"I wouldn't say it's casual gamers getting more sophisticated because at a certain point you're going to have to a series of very polarizing decisions to make," he said. "Do they want to compete head-to-head? Do they want to come back to their game and have their village be attacked and have lost all their resources and troops? Yes or no. If no, then that's one leg of midcore chopped off.

"Is someone who started off playing a casual game going to be a guild leader in a D&D-esque game where they're hosting raids? That's hard to believe."

Like Hursthouse and Cousins, Williams believes midcore gaming is being driven by the hardcore gamers who want to have those experiences in a light-weight on-the-go way.

"So I think it's coming the other way," he said. "It's core gamers wanting the same times of social interactions and the same types of gameplay experiences — without the commitment."