Thanks to the game's Batcomputer, which filters all those objects into categories like heroes, villains, teams, vehicles and objects, and its use of hyperlinks, navigating through all that DC history is actually quite manageable.

The Batcomputer, accessed through an icon on the Wii U's touchscreen on that version of the game, lets players search through that DC database for the exact Superman they're looking for (Red Son, Darkseid Superman, Superman Red/Blue, Thought Robot, etc.) and offers information on some of the game's more obscure comic book references.

Take, for example, evil Yellow Lantern Hal Jordan. His entry in the Scribblenauts Unmasked Batcomputer has links to other game objects, like Yellow Lantern rings, Sinestro Corps and Parallax, that help shine a light on some DC history you might have missed. The Wikipedia-like nature of the Batcomputer's entries can lead to some deep DC references, like Mogo, The Living Planet of the Green Lantern Corps (who I summoned and then forced to pilot Wonder Woman's invisible jet), the furry superhero team the Zoo Crew and Flash's Cosmic Treadmill. 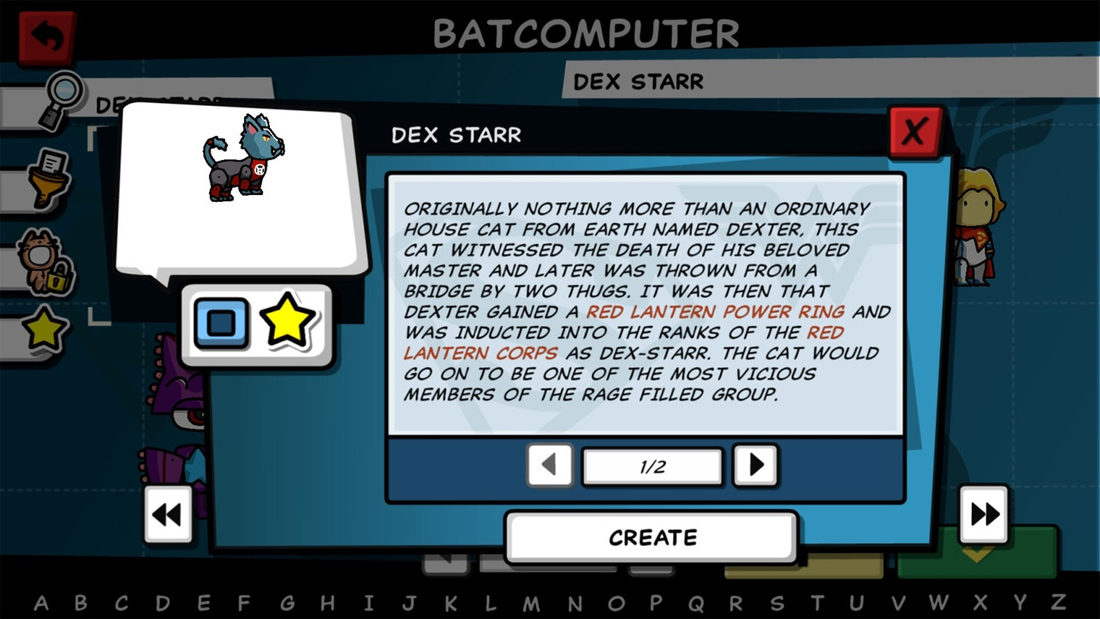 There's a lot to dig through in Scribblenauts Unmasked, and the Batcomputer is a welcome addition for dealing with the array of DC characters and their many incarnations.

Scribblenauts Unmasked: A DC Comics Adventure is coming to Wii U, Nintendo 3DS and Windows PC on Sept. 24.