Free-to-play's the future, but not as we know it, says former Zynga and EA COO

Share All sharing options for: Free-to-play's the future, but not as we know it, says former Zynga and EA COO

Much has changed for John Schappert since he founded Miami-based Tiburon Entertainment, almost two decades ago, not least the evolution of games that require zero payment from players.

His journey included the sale of his company, just four years into its life, to Electronic Arts, where it became a hub for the Madden and NCAA football series'. As an EA exec, he rose through the ranks, before taking over Microsoft's first-party efforts, returning to EA as COO, and then spending a difficult year at Zynga, as that company struggled with the contraction of the Facebook games market.

This week he announced a new studio, Shiver Entertainment (named for the collective noun for sharks), backed by Nexon.

When he began making games, they came, perhaps one or two a week, on disks and cartridges, stuffed into boxes, shipped to retail shelves and sold for the price of a big night out. Now they are downloadable in their thousands and, as often as not, they are completely free. 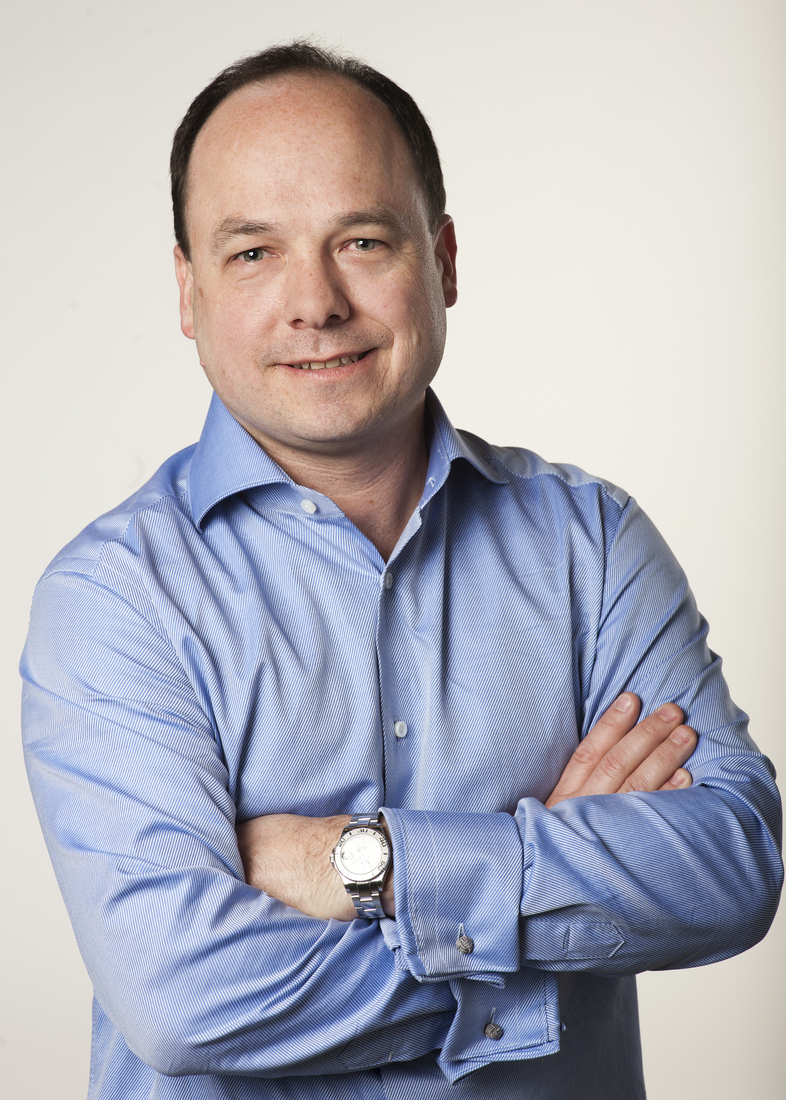 He's back in Miami with Shiver, funded by Japanese free-to-play powerhouse Nexon. His new company will be entirely devoted to free-to-play games, which make their money through sales of in-game virtual items, rather than through a purchase of the game itself.

One thing he won't be doing, is looking back. "We're focused on the future, not the past," he told Polygon. "That means free-to-play gaming for everyday devices. We are not interested in $60 games for proprietary, expensive hardware."

So the company won't be embracing next generation consoles. "I'm a console fan, but the primary business model is pay-to-play. There is also a barrier to entry," he said. "They are not devices everyone has. You already have a laptop or a smartphone, which do all these other functions and are good, powerful games devices. I love the idea of reduced friction and openness for everyone."

After his much-heralded move from EA to Zynga, at the height of the Facebook game boom, Schappert struggled with the casual market's chronic instability, losing control over the company's creative output, before abruptly moving on. But he said that the experience was a valuable one. His new company will not be making casual games.

We're focused on the future, not the past

"I really enjoyed my time at Zynga," he said. "But I couldn't be happier with Nexon. Free-to-play is a new area for gaming. I have a few years under my belt, but there are not many companies in this space who have done it and lived it and know all the perils."

Nexon first began marketing multiplayer, free-to-play games in Asia a decade ago, and now holds a position of strength in countries where F2P is dominant and traditional packaged games are niche. Its strategy for growth is expansion into the west, but in order to succeed here, Nexon must create western games that people will play.

As well as investing in Shiver, the company has backed veteran development start-ups like Brian Reynolds' SecretNewCo and Greg Richardson's Rumble Games.

"Our view is that free-to-play is where the world is moving," said Nexon CFO Owen Mahoney (pictured below). "People talk about the console transition, but the move from pay, to free, is a much more fundamental transition." 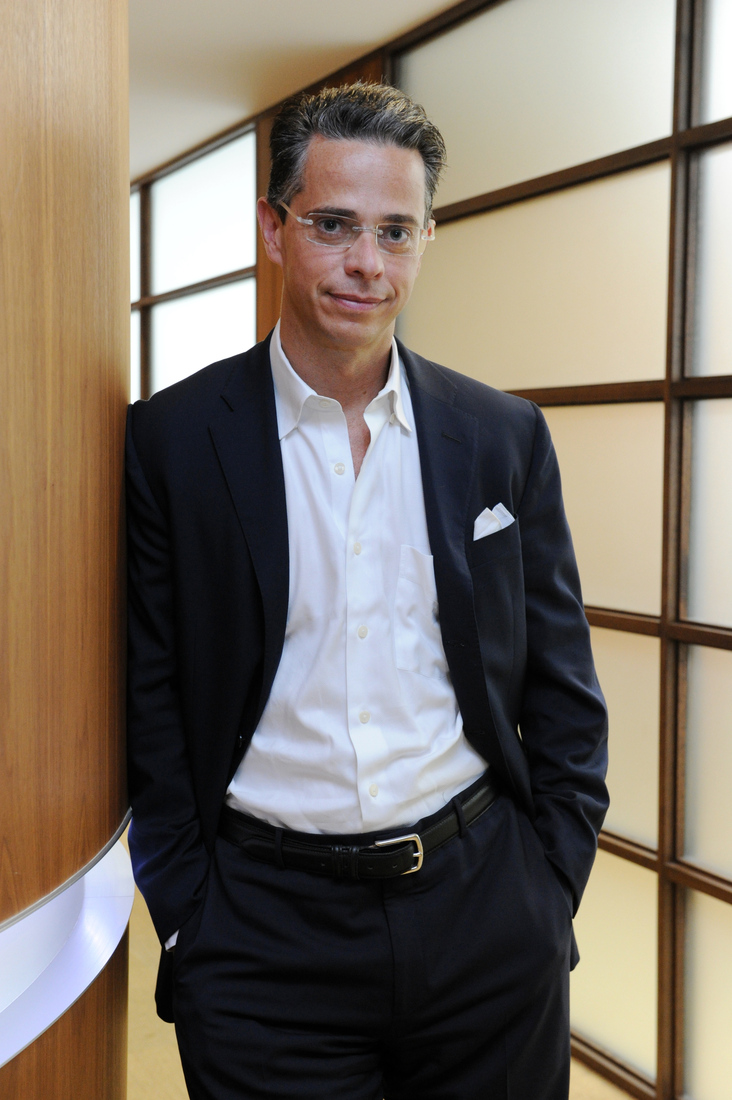 Free-to-play is not without its challenges, but Mahoney believes Nexon's long experience gives it a head-start over rivals in the west.

"Some of the western companies, especially in the casual space, made the mistake of thinking that free-to-play was an ersatz pay-to-play. If you play a game that won't let you continue unless you pay, it's not free. We learned the lesson very early on and we stopped making that mistake right away."

Another hurdle, for consumers, is how often they are bugged for money by F2P games. Mahoney said this was counter-productive game design. "If a waiter in a restaurant keeps asking you if you'd like to order more food every two minutes, the restaurant might make some extra cash that night, but you'd likely never come back," he said.

Last year, Nexon made $1.2 billion in revenues, operating at a 35 percent margin. And yet, 90 percent of the people who play its games, never pay a penny. The ten percent who pay for time-saving, convenient and aesthetic in-game items, spend an average of about $22 each.

"They are all playing in a synchronous, immersive world," he said. "You have thousands of people playing at the same time. If people are not there or they are not engaged, then they are not going to keep coming back. So we have to focus on the 90 percent of people, even though they are not spending money."

For Mahoney, free-to-play's future is about less intrusive monetization mechanics, because there will always be people so involved in a good game, and with enough money, to want to buy that unicorn, or that snazzy-looking outfit.

Even so, just because the market is going free-to-play doesn't mean it's an easy way to make money. Jesse Divnich, an analyst at EEDAR, said that revenue returns can be a challenge. "With a traditional packaged game, you're paid up front when the consumer buys the game," he said. "With free-to-play, which also carries significant development and running costs, it can take months, if not years, to start recording a profit."

He said that it had been proven to be "a viable and profitable model," that offered opportunities for start-ups without access to established brands. "Free-to-play is not just a bubble or a fad. It's an option for a lot of new developers working on new IP, to get the visibility they deserve. It removes risk for the consumer, because it's free."

For Schappert, there's another big difference between the early 1990s and 2013, and that's the people who actually make games. "There are more developers out there than ever before," he said. "Everyone with a PC can download software development kits for everyday devices and they become their own developer."

The corollary of this is the decline of "mega-studios," that attract large numbers of creatives to move across the country, and across the globe. "There are 600 people at EA Tiburon," he said. "EA Canada went from 500 people to 1,300 when I was at EA, and some studios these days are even larger. But when you look at great games today, many of them are made by small teams."

He said that the company would grow by establishing smaller offices around the world. "Talent isn't all going to be in Miami. You'll see us growing but not in a massive concentration." Now the company is embarking on a recruitment drive. "I want to meet the talent out there, old and young. That's exciting."

They'll be working on free-to-play games and figuring out how to get on top of the way we play games over the next few years. "Entertainment is a luxury," he said. "But, as consumers, we are discerning. If you give people the choice between paying for a good movie or watching a bad one for free, they'll pay every time. We have to deliver a great experience to all players, not just the ones who open their wallet to pay. We want everyone to enjoy themselves, and hopefully in a way that makes them want to pay."