Share All sharing options for: 'Diablo 3: Storm of Light' novel announced, coming in 2014

Diablo 3: Storm of Light is the next tie-in novel for Diablo 3, and it will be available in 2014 from publisher Simon and Schuster, Blizzard Entertainment announced today.

Storm of Light will be the fourth Diablo 3-related book. Blizzard has worked with Insight Editions for two lore compendiums: Diablo 3: Book of Cain, which was released in December 2011, and Diablo 3: Book of Tyrael, which will be available next month. The existing Diablo 3 novel, Diablo 3: The Order, came out in May 2012. The Order was written by Nate Kenyon, who is also the author of Storm of Light.

The upcoming novel bridges the gap between the story of Diablo 3 and the game's first expansion, Diablo 3: Reaper of Souls, which will be released on Windows PC next year. Storm of Light will focus on Shanar and Jacob, who were previously featured in the DC Comics series Diablo: Sword of Justice.

Storm of Light is already available for pre-order. You can check out its cover artwork below. 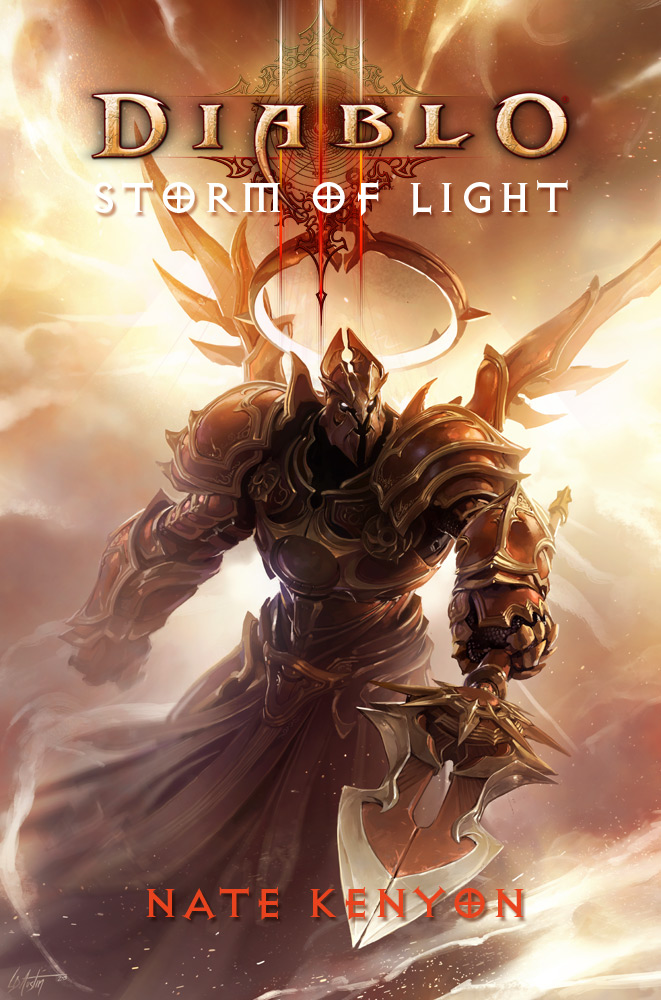