When Michael Jordan appeared on the cover of 2010's NBA 2K11, developer Visual Concepts built one of the game modes around him: the Jordan Challenge, which took players through his storied career. When NBA 2K12 featured three different covers, each adorned with one of the best ever to play the sport — Jordan, Magic Johnson or Larry Bird — the studio created the NBA's Greatest mode, which let players relive NBA history.

This year, with LeBron James gracing the cover of NBA 2K14, Visual Concepts is allowing you to see into the future of James' career and of the NBA itself with a new mode, LeBron: Path to Greatness.

The single-player mode, which is exclusive to the PlayStation 3, Xbox 360 and Windows PC versions of NBA 2K14 — it won't be available on PlayStation 4 or Xbox One — breaks out the crystal ball for James. And why not? Basketball fans love to talk about him, to debate his accomplishments thus far and to predict where he'll go from here.

That's the ultimate question, after all: What will LeBron's legacy be? At age 28, he's already one of the top players in NBA history, a four-time MVP and winner of back-to-back NBA championships the past two years. Will he approach Michael Jordan's total of six championship rings, or perhaps even surpass it? Which NBA records might he break along the way? Will he spend the rest of his career in Miami, or take his talents out of South Beach?

Path to Greatness provides two sets of answers to all those questions. It lets you choose from two vastly different career arcs for James, both with the same basic setup. You play into the future of James' career, progressing through a variety of scenarios — mostly full games, along with some partial games — and needing to complete each event to move on to the next one.

Both paths have the same overarching goal: to win five more NBA titles and thus eclipse Jordan's mark. You'll also have other objectives that you can complete to earn stars; that adds to your overall score for the mode, and you can compare your version of James' future with those of other NBA 2K14 players on a leaderboard. 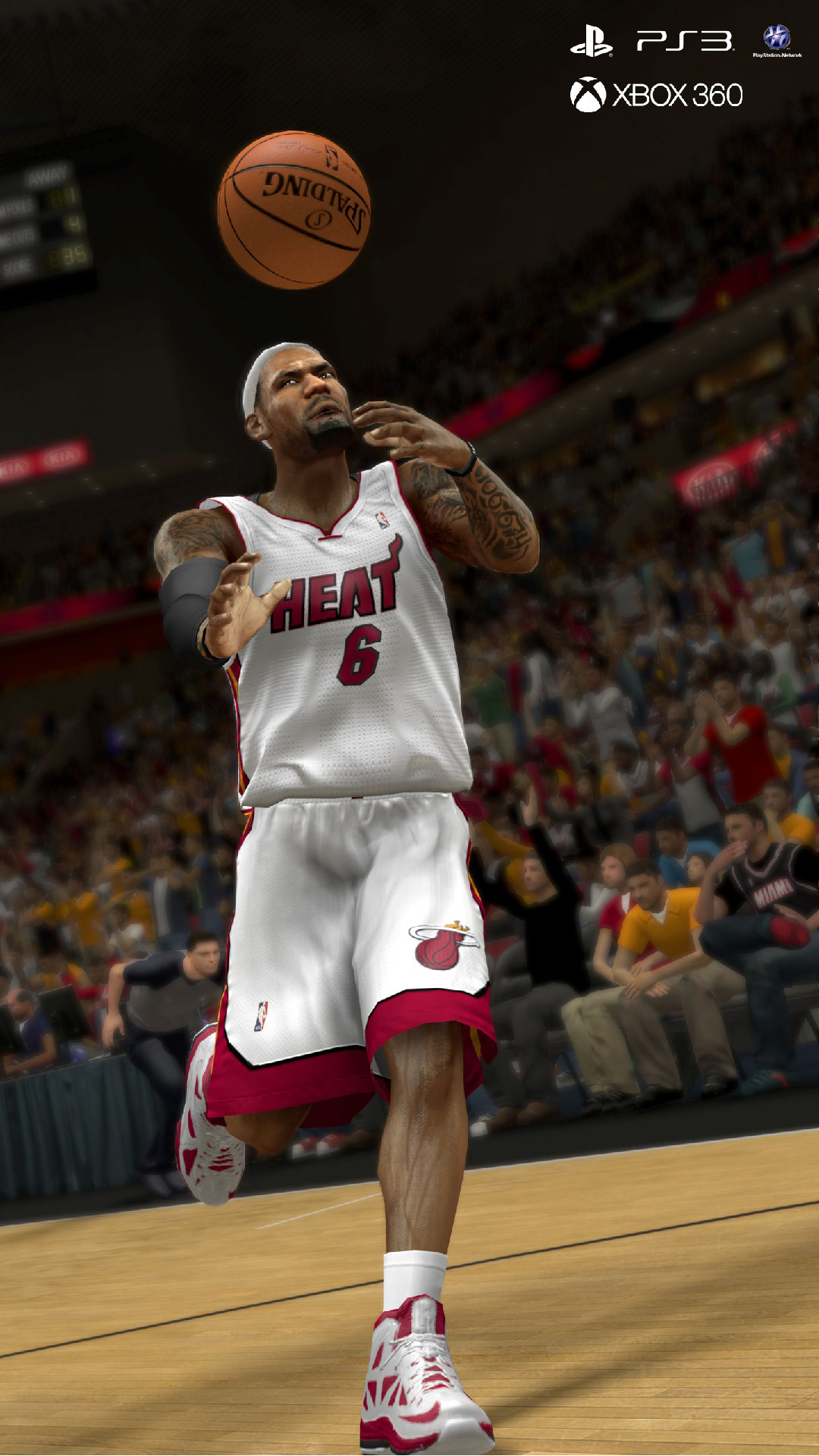 "Continue Heat Dynasty" is the simpler option and the shorter one. If you go down that road, you'll be presented with one game or so per season — usually Game 7 of the NBA Finals — as you attempt to win the championship every year. This path contains about 10 different scenarios.

The presentation value we've come to expect from 2K Sports is in fine form. Each season's introduction, read in a voice-over by James himself, provides context for the events of that particular year. The games themselves kick off with sepia-tone montages of footage featuring James' Miami Heat and his opponent. During games, you have full control of the entire team, just like you would in a normal game; you don't only play as James.

More notable is the creativity Visual Concepts exhibits in its various scripts for the future, a factor that applies to both choices in Path to Greatness. It seems like seeing the studio's prognostications will be half the fun, so I won't spoil them all, but here's a sample. For the first scenario, the developers posit that Dwight Howard immediately leads the Houston Rockets to a 2014 Finals showdown against James and the Heat. One much farther down the line sees Kevin Durant put together his own "Big Three" on the Oklahoma City Thunder, with James facing off against Durant, Roy Hibbert and Anthony Davis.

The NBA 2K series offers maybe the best commentary of any sports game, and that's still true in Path to Greatness. In addition to discussing the action on the court for each scenario, commentators Kevin Harlan, Clark Kellogg and Steve Kerr bring up the fictional history of the mode. That becomes even more apparent with the second Path to Greatness option, "Fantastic Journey." 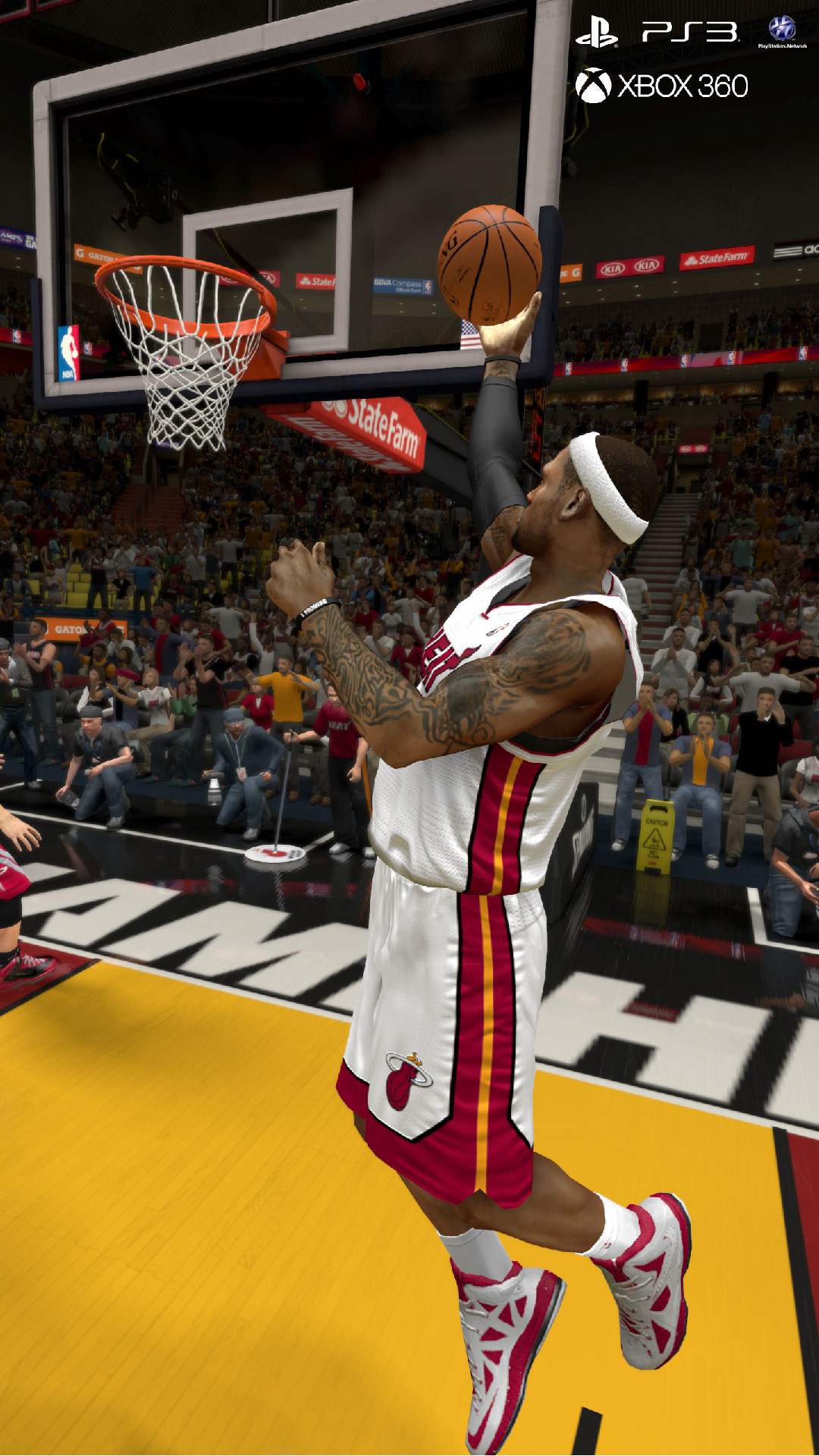 One of the most widely debated aspects of James' future is whether he'll stay with the Heat. Next summer, after the end of the upcoming NBA season, he can opt out of his current contract and sign with a different team. The way Visual Concepts draws it up in Path to Greatness, he decides to move to Broadway and join the New York Knicks, while Carmelo Anthony leaves for the Chicago Bulls in order to free up space for James under the league's salary cap.

Fantastic Journey is where the developers really go nuts in imagining the next seven years of basketball. Current NBA stars move around, fictitious young guns rise through the ranks and a number of older players even come out of retirement.

For this sequence, the developers create a star with a storyline: John Trice, who starts out as the No. 1 overall pick for the Washington Wizards and is touted as the next LeBron. The brash youngster crowns himself the new NBA king, and you repeatedly attempt to put him in his place and cement James' legacy as the greatest of all time. And the commentators mention the rivalry between the two, as well as plenty of other developments. Fantastic Journey offers about twice as many events as Continue Heat Dynasty, maybe more.

I really enjoyed checking out a few of the scenarios in both paths, if only to see the roster shake-ups for the teams involved in a particular game. ("Is Kevin Garnett really going to still be around in two years?") Unfortunately, you won't be able to use those fake future squads outside of Path to Greatness, although the historical teams from the two-years-gone NBA's Greatest mode are still available.

It remains to be seen whether the wild future put forth in Path to Greatness will be as enjoyable as playing through salient moments we remember from Jordan's career or from NBA history. At the very least, it seems like the mode will add more fuel to the fire in the never-ending debate about LeBron James.

Correction: A representative for 2K Sports told Polygon after the publishing of this article that, contrary to previously provided information, Path to Greatness will be available in the PC version of NBA 2K14 as well as on PS3 and Xbox 360. We've updated the article to reflect this.