Share All sharing options for: The high, high hopes of TimeSplitters Rewind

TimeSplitters Rewind, the fan-made revival of Free Radical's classic shooter franchise, is an ambitious project — as most fan remakes are. But the project's manager, Michael Hubicka, wants it to be more than just a labor of love, or a nostalgic novelty.

He wants to help create something that will put the franchise back on the map.

TimeSplitters Rewind was born from a Facebook group seeking to rally support for TimeSplitters 4, which stalled out following developer Free Radical's collapse into administration and acquisition by Crytek UK. In a way, that group — 100,000 Strong for TimeSplitters 4 — was formed to fulfill a challenge put forth by Crytek's Karl Hilton, who told Develop in a 2009 interview that the fate of the game would be up to consumer demand.

"We have artists who can make super-realistic games but we also have a team that has experience making completely bizarre stuff too," Hilton said at the time. "If the time comes, if there is a demand for that type of game, I'm confident we'd be ready for it."

In November 2012, the group received permission from Crytek to "permit and support a TimeSplitters CryEngine mod," according to the group's founder, Daniel Wesoly. The announcement was joined by a call for volunteers to begin working on the project, responses to which came flooding in soon after. Currently the project stands at 35 people, including artists, programmers, level designers and other positions needed to achieve the group's lofty vision.

In recent monthss, that vision began to manifest in signs of life from the project. A video from one of the project's mapmakers surfaced in June, showing off the geometry of Training Ground — a multiplayer map from TimeSplitters 2 and TimeSplitters Future Perfect — running in CryEngine 3. Hubicka began outlining the scope of the project, which would revive a set of maps, modes and weapons from the series' first three entries, brought to life on Windows PCs.

But earlier this month, Hubicka revealed that the group had begun developing the game for PlayStation 4 — a release plan that seems to go above and beyond the permissions given to the project by Crytek.

In an interview with Polygon, Hubicka tried to clear up where the project stands in relation to the group of unpaid volunteers creating it, and the company that holds the game's license.

"Essentially, we've been given permission to develop TimeSplitters Rewind as a mod project, but with the direction we've been taking the project in, and everything like that, Crytek is interested in helping us [...] proceed with PlayStation 4 development," Hubicka said. "Again, there's a lot of legality behind it, we're definitely trying to make sure that we don't step on their toes with anything that would get us into trouble, and they don't step on their own toes getting in trouble with their lawyers, and stuff like that."

Hubicka acknowledges the precariousness of the situation. There have been no shortage of fan projects that successfully achieved what TimeSplitters Rewind is going for — Hubicka pointed to Black Mesa, a third-party remake of Half-Life, as a success they'd like to emulate. But by their very nature, those projects run the risk of infringing on the goodwill of their license holders, spelling out potential disaster for the volunteers making the mod.

Shortly following the announcement that TimeSplitters Rewind was in development for PlayStation 4, we reached out to Crytek to learn where they stood on the project.

"TimeSplitters Rewind is a fantastic initiative that Crytek continues to support," a representative responded. "We are happy to see the excitement and we hope it will be a great game." 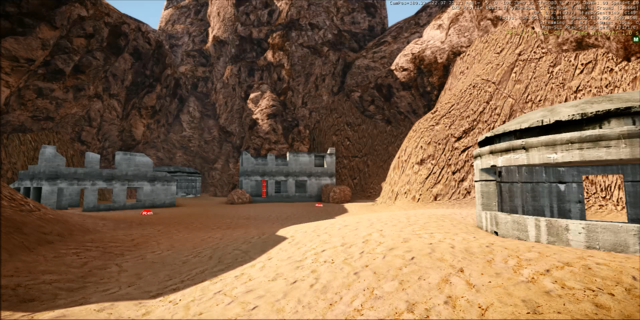 We reached out again, both before and after our discussion with Hubicka, to try and learn the legal implications of a PlayStation 4 version of the title. TimeSplitters Rewind cannot make a dime of profit for its creators, Hubicka explained — but a completely free, non-monetized fan project seems like a strange thing to be released on Sony's upcoming home console. But the Crytek representative refused to comment further on the nature of the company's relationship to the project.

Given the sheer amount of working hours required to make a next-gen game, wouldn't the inherent lack of certainty in that arrangement be enough to scare Hubicka and the rest of the development team away from pursuing the project?

"Actually, no," Hubicka said. "We're a very loyal fan base. We really want this, and essentially; I was just on the phone with Hasit [Zala, Crytek UK game director] earlier, and what I told him was what we're planning on doing with TimeSplitters Rewind is essentially going to be a TimeSplitters HD collection, and we're doing it as a way to generate enough attention for TimeSplitters 4. In terms of profit and stuff, we don't really want to make profit off of this."

Hubicka said that Crytek has been very supportive of the project behind-the-scenes so far, and is considering a number of ways to help development along. A few options that have been floated include giving the project a portal on Crydev, the official website for the CryEngine development community, which could potentially help find more volunteers for the game. Crytek has also offered to find the original assets from the TimeSplitters franchise, Hubicka said.

"In terms of profit and stuff, we don't really want to make profit off of this."

"So basically, we're working very close with each other at this point," Hubicka said. "Like, side-by-side close."

Hubicka has suggested to Crytek a monetization model — one which Crytek would keep 100 percent of the profits from — as a way to justify the project's console port. It's similar to Team Fortress 2's model, he explained, allowing players to download the client for free, but pay for cosmetic items for their playable characters.

"We're not actively pursuing this type of model, but it was something I brought up and they seemed interested," he added.

Hubicka's also exploring other opportunities to get the game's volunteer staff working on the project on a more full-time basis. One of those opportunities, he said, is to develop another game, the proceeds from which could go towards paying people to work on TimeSplitters Rewind as their jobs. 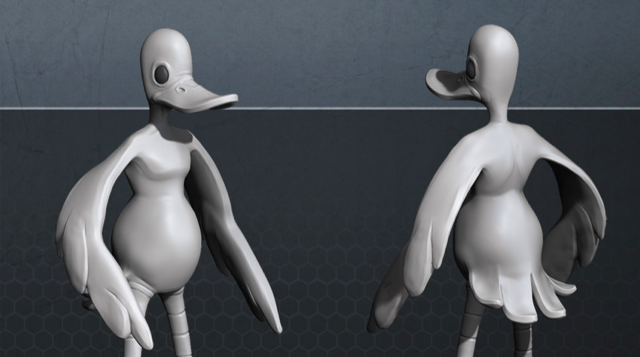 He, and a small portion of volunteers, are already working on that game: A retail outlet management sim inspired by Introversion Software's Prison Architect. Players would open their own store, decide on a floor plan, a business model and other factors, then drop their store in a procedurally generated city full of potential customers. That city could even be online, letting multiple players host stores in the same town — somewhat similar to the multiplayer functionality of the latest SimCity title.

"We're starting off very small — one store, procedurally generated city in the background, stuff like that, and then kind of build up from there, making the game modular so we can kind of add onto it over time," Hubicka said.

It's a fascinating project, one that the team is still writing the engine for from the ground-up. So why not focus efforts on that original title, rather than a project that the team will not only not profit from, but will actually siphon off profits from this side-project?

"There's no real way to explain it, it's just, growing up you're creating memories with those games."

"That's actually a very good question, and my answer to that is that a lot of us are actually working in the industry, and the only reason they're able to work on TimeSplitters is because it's free. That's why we're keeping it free, we're not trying to monetize on it or anything like that. But the moment it becomes a paid project or something like that, those developers, they're basically contractually required to drop out because they can't work on it. That's why our focus is to work on this as a free project."

Hubicka and the TimeSplitters Rewind team are sacrificing a lot of time, effort and potential revenue for the project; and while the math of that arrangement might not make sense from a practical standpoint, Hubicka says the franchise they're hoping to restore is worth it.

"I think it's the whole environment of TimeSplitters that just attached it to everyone, including myself. The characters, the levels themselves, how everything stands out in such a unique way. I don't know, it's just one of those things that ... I love it. There's no real way to explain it, it's just, growing up you're creating memories with those games.

"It just stuck with me over the years," Hubicka added. "I really want that franchise to come back, because I want my kids, and their kids to experience the same thing that I experienced."