How to tackle gaming's lack of racial diversity

Share All sharing options for: How to tackle gaming's lack of racial diversity

The Entertainment Software Association recently launched a scholarship program designed to provide game-development career opportunities to young minority students. In conjunction with African-American and Hispanic organizations, the ESA will offer 20 scholarships to minority students as part of a game design contest.

The point of this is to address an imbalance in the makeup of game development's workforce. A 2005 International Game Developers Association study found that Whites made up 85 percent of game development workers followed by Asians (7.5 percent). African-Americans were just two percent while Hispanics were 2.5 percent.

It's an eight-year-old survey that the IGDA says it's planning to update. But anyone who walks through the offices of games companies will attest that any improvements in the intervening years have been marginal.

The disparity is not explained by a lack of interest in games by minorities, nor by educational achievements. African-Americans account for 14 percent of college students in the United States while Hispanics account for 13 per cent. There is no difference between the proportion of games-players according to race, although one study has shown that African-Americans and Hispanics spend slightly more time with games, on average, than Whites and Asians.

This lack of racial diversity plays out in the content produced by companies often dominated by white males. A 2010 University of Southern California study showed that Hispanics and African-Americans barely feature as playable characters in games, and most usually only as sports stars or gangsters.

Of course, lack of diversity in gaming isn't just about race, it's also about gender, orientation, class, geography and cultural outlook. The ESA, IGDA and other organizations like the AIAS are all taking positions on the catch-all issue of diversity in an effort to improve the industry's grim reputation for homogeneity, but the ESA initiative is specifically about ethnic origins. 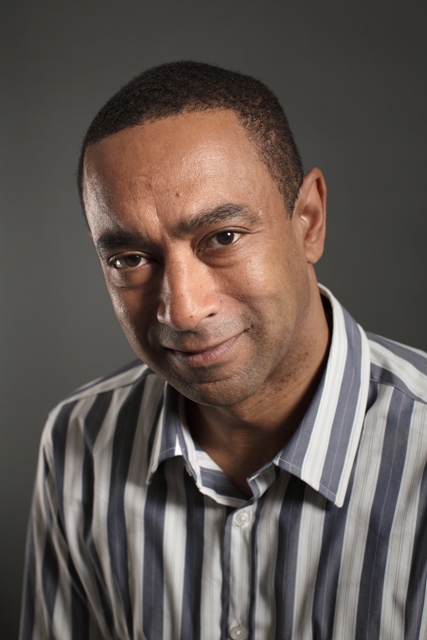 "This is something that I am personally passionate about," said Rich Taylor (pictured), senior vice president of communications and industry affairs at the ESA. "I am African-American and I see that there is room for greater representation not just in gaming but the entertainment industry as a whole. I came from the motion picture industry and there was a similar landscape there." He said that the scholarship program is "something we can do to get our industry to close that gap in terms of those who want to be part of our community but don't quite know how to get there."

Kate Edwards is executive director of the IGDA. She has advised many companies on cultural and diversity issues. "When a company looks around and sees that there is not a lot of diversity, they should be asking questions, like 'are you just not getting a lot of [minority] candidates?' and then follow through."

There is room for greater representation

She said that much of the imbalance is down to the historical origins of the games industry as a preserve of well-educated white men. Certainly, the percentage of minority graduates has increased sharply since gaming's early years, but this has not been reflected in gaming's employment statistics. She said that many companies are trying to move the needle, but that, "it all, ultimately, comes down to the hiring manager."

"We all have comfort levels and a cultural context in which we grew up," she said. "We are comfortable with the context that matches what we are familiar with." This is a nice way of saying that people are generally more likely to hire candidates who are most like themselves, preserving entrenched status quo.

In gaming's early days, university graduates with Science, Technology, Engineering and Tech (STEM) degrees were highly likely to be white or perhaps Asian males. This has created a widespread and prejudicial visual expectation about people who are good at STEM subjects and who would like to pursue careers in gaming.

This is where the ESA and others are focusing their attention. "The ESA's program helps increase the pool of individuals who can present themselves to fill opportunities," said Taylor. "Many folks may not know that they can follow their dream of wanting to work in gaming. These programs can show more young people that there is a path."

He said that young people from all sections of society are playing games, and becoming inspired to follow careers making games. "Young people don't just want to be passive participants, they want to be involved in the creation of games. It's not limited by race or socioeconomic background or gender. But opportunities sometimes are limited and we want to present ways forward that otherwise would not be there."

"These initiatives show that people from all backgrounds are becoming intensely interested in STEM subjects," said Edwards. "They are not making assumptions about who is supposed to be interested in the subject. I do believe it's changing, that the public is recognizing that these topics are important for everyone on a societal level."

She said that an upswell of interest in STEM subjects would need to be coupled with the game industry showing that it is is prepared to be inclusive in deeds and not just words.

Apart from meeting notions about justice and fairness, there is another pay-off for games companies. A 2008 study found that companies with a demonstrably good record on diversity outperformed their peers. Specifically, gaming is changing rapidly as consumers face ever-more choices of games than before, many of which are competing with AAA brands often rooted in the cultural backgrounds of the less varied consumer profiles of the past.

"A diverse store of ideas comes from a diversity of backgrounds, however you want to divide that," said Edwards. "It brings new ideas and new perspectives. For this industry to remain vital we need to draw from ideas that are not from the same pool, from people who will have different perspectives."

It is likely that, in years to come, the graduating pools from STEM and specific game-related educational programs will be more reflective of the people playing and buying games, and of the population as a whole.

"With changing demographics in terms of who is playing games, it makes sense to identify outstanding people of varying backgrounds to one day populate your workforce and represent the people playing games more fully," said Taylor. "You see more schools offering degrees in game design and more people growing up playing games and wanting to be part of the process. We want to bridge that gap especially where there might be overlooked talent."