Batman: Arkham Origins features younger versions of its titular crusader and his nemesis the Joker, a hero and criminal in the early years of what will become (literally) explosive careers. When looking to lend voices to these two iconic characters, Warner Bros. Interactive wanted to make sure they felt, and sounded, true to their age and time — thus the search for new voice acting blood.

Roger Craig Smith, known for lending his vocal talents to Assassin's Creed's Ezio Auditore, Resident Evil's Chris Redfield and Sonic the Hedgehog, has taken up the mantle of the caped crusader for upcoming releases Batman: Arkham Origins and Batman: Arkham Origins: Blackgate. He will play a younger version of a character that has been voiced both in video games and animated shows by actor Kevin Conroy.

"At the time I don't think I knew exactly what the audition was for, or what the character was," Smith told Polygon on getting the role. "[Casting directors] will sometimes choose words very carefully as far as dialogue goes, so actors don't feel tempted to tweet out something like, 'Oh, I think I just auditioned for a new Batman game!'"

"I left the callback audition I remember looking around going, where's Troy Baker?"

"Funny story about that whole sequence: when I left the callback audition I remember looking around going, where's Troy Baker?" he added. "I texted the casting director and said, 'Hey guys, do you have Troy on this? He'd be perfect.' And they were like, 'Yeah about that...' At the time I didn't know he was already cast as the Joker."

Smith said that wearing the Bat mask is a massive challenge, especially since the franchise carries such weight and has seen previous success in the video game sector.

"This is a great, tremendous opportunity, but this is scary," he said. "It can be received and perceived many different ways. And sometimes its a little fearful: you go in and do what you do behind a microphone, but a lot of people are responsible for creating these projects and the character and these games, so you don't have a tremendous amount of control. You go into this going — I got this iconic role and I'm super fortunate to have this opportunity, but holy cow, I hope this goes well."

Warner Bros. confirmed with Polygon that the reason for casting Smith, along with fellow veteran voice actor Baker, was because Arkham Origins' characters are "younger versions of the characters seen in Batman: Arkham Asylum and Batman: Arkham City, and the team cast each role as they felt was appropriate."

"I got this iconic role and I'm super fortunate to have this opportunity, but holy cow, I hope this goes well."

Smith added that he and Baker aren't replacing Conroy and long-standing Joker voice actor Mark Hamill as the characters for good — but they are, at least for Arkham Origins, portraying their younger versions. He added that developer Warner Bros. Montreal wanted to skew the characters a little younger, but while Smith has been complemented on sounding like "a young Kevin Conroy" he did't go into the project seeking to emulate Conroy's performance.

"I can understand why they wanted to change it up a little bit so it has just a slightly different feel in terms of vocal performance, since it's taking place at such a different time in their careers," he said. "Troy put it this way: there's a point on the horizon where these performances, in the sense of a prequel, will have to wind up in a way that players believe that [Arkham Origins'] Joker is that Joker that we've already seen.

"When it really hits home is when people ask me these questions — I don't know what the finished product is, and I rarely get the chance to ever play a game long before it comes out," Smith said. "Nine out of 10 times I'm in line at midnight on the release date trying to get a copy of the game. I don't know which cake they selected — which version of my performance they went with — and it dawns on me that it's a really big deal.

"I have to approach it from a very small baby steps type of thing," he explained. "I have a booking, I get to the studio and record these lines and make sure I'm healthy and my voice sounds right. Then you leave and you're thankful you've had these experiences. Then someone asks what's it like to realize you're this character and there are so many people judging and criticizing every little nuance and syllable of this performance... And I'm like, oh, that's right."

"When I wake up in the morning, I see a dork looking back at me in the mirror. And I'm Batman."

Smith said playing the Dark Knight is mixed bag of emotions — one that didn't quite hit him until now. He, alongside with the rest of the world, will experience himself as Batman when Arkham Origins and its Nintendo 3DS companion game Blackgate launch on Oct. 25.

"It's surreal," Smith said. "I've overused the word but it's the truth. When I wake up in the morning, I see a dork looking back at me in the mirror. And I'm Batman. I'd probably get arrested if people heard me trying to talk like Batman.

"It's so much fun to be that close — to be in video games is a trick at any level, but then to be this iconic superhero character is just bizarre," he added. "If you told 13 year old me that I'd be doing, this I would be just laughing." 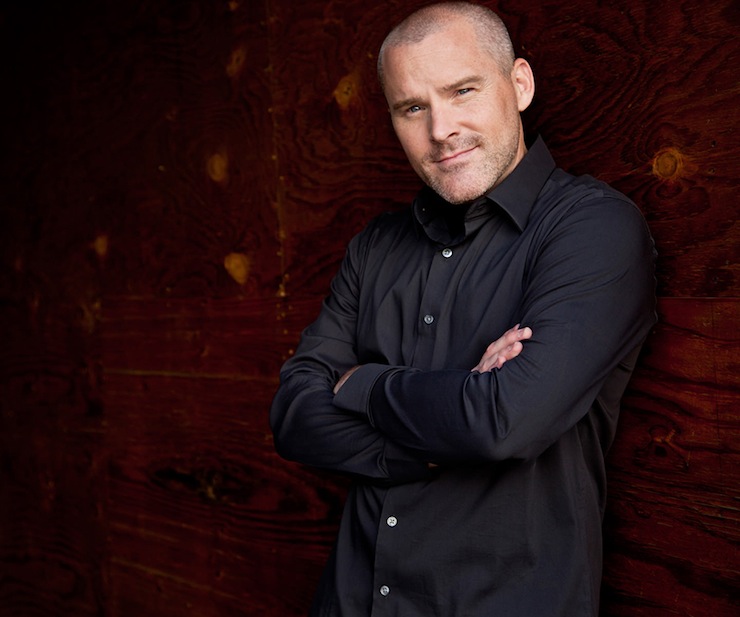 Crusade map symbols in Cult of the Lamb, explained