Share All sharing options for: Here's what the three stars of GTA 5 look like in real life

One of the most interesting things about Grand Theft Auto 5 is that players take on the role of three, not one, chief protagonists. It's a narrative trick that Rockstar co-founder Dan Houser believes will push the medium of video games forward.

Here's a look at what the three voice actors who helped give life to the trinity of thugs look like in real life.

Moving from left to right in the image above, Steven Ogg plays Trevor, Shawn Fonteno plays Franklin and Ned Luke is Michael. You can see what they look like in the game below. 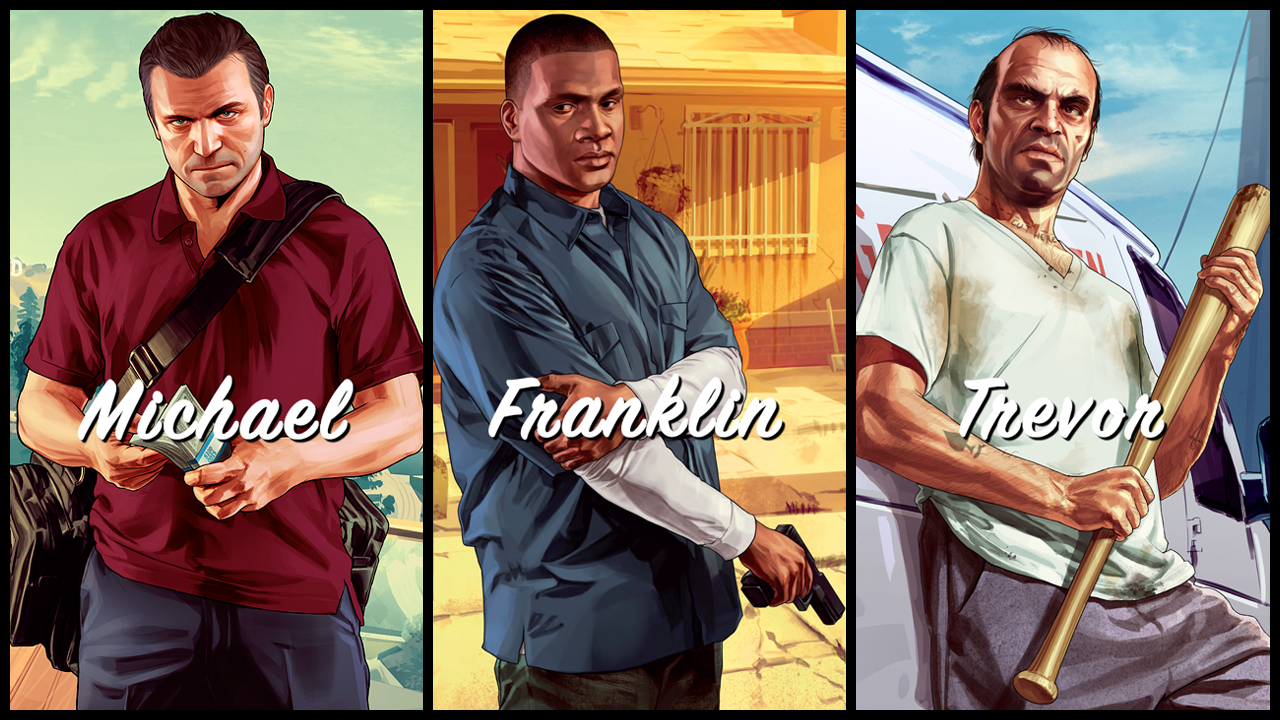 At least one of the voice actors was walking the streets of New York City last night voice bombing a GTA 5 line at a local GameStop too.

Check out our review of the game, and another interview with Houser for more details about the title.