Share All sharing options for: Dark Souls 2 hits PlayStation 3 and Xbox 360 on March 11

Namco Bandai will release the console versions of Dark Souls 2 on March 11, 2014 in North America, the publisher announced at a pre-Tokyo Game Show event. In Europe, the game will be released a few days later on March 14 for PlayStation 3 and Xbox 360.

Dark Souls 2 will be available in a "Black Armor Edition" to those who pre-order the game. That version comes in a metal case and includes a copy of the game and the Dark Souls 2 official soundtrack on CD. A deluxe collector's edition is also being released featuring a 12 inch figurine (based on the warrior character seen on the game's box art and debut trailer), an art book, a cloth map of the game world and the contents of the "Black Armor Edition."

Pricing for the collector's edition was not announced. 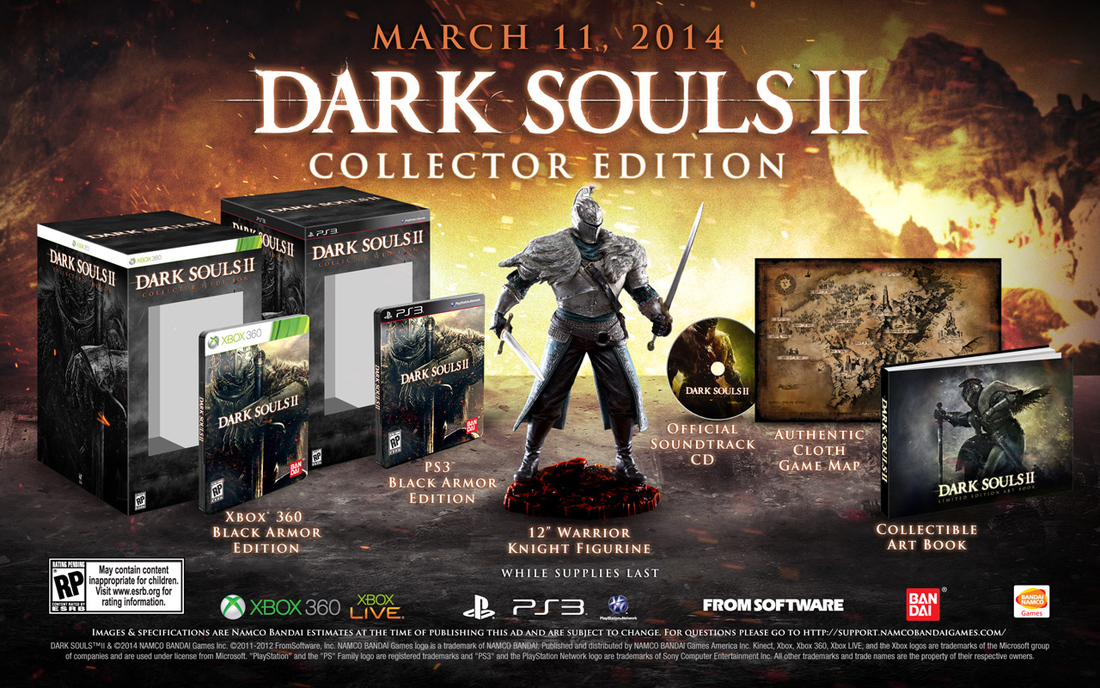