Wind Waker HD is the definitive version of a modern classic.

The Legend of Zelda: The Wind Waker may be ten years old, but it's the best game on the Wii U.

Wind Waker caused controversy with its cartoonish world and nautical theme when it arrived on Nintendo's Gamecube in 2003. But the aesthetic and design decisions that made it stand out a decade ago have paid off now. With updated visuals and key tweaks that address the original's weaker points, Wind Waker HD looks and plays like the classic it's always deserved to be.

Wind Waker places you in the boots of Link, a boy from a tiny island on the Great Ocean. Link's sister is kidnapped moments into the game, setting off a grand adventure — alongside a band of pirates led by the sassy Tetra — to save his family and eventually save the world. 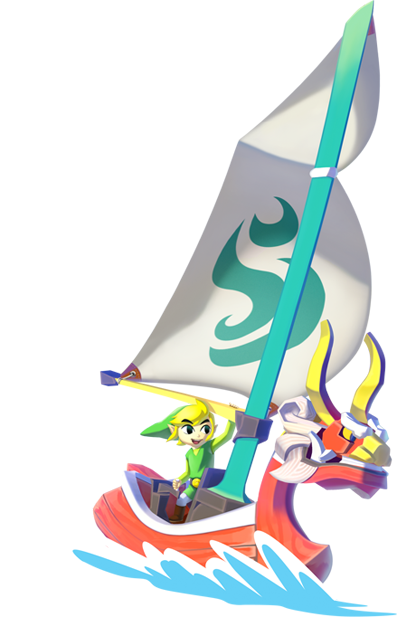 The simple narrative is woven effectively throughout the game. However, you don't need to be entirely concerned with story beats to enjoy Wind Waker HD. This is an expertly crafted action-adventure, with a monstrous ocean serving as an overworld, dozens of islands to explore and dungeons to conquer. Early on, you're given a ship — The King of Red Lions, a talking boat who also offers helpful quest advice — the ability to control the wind and the time to explore the open ocean whenever you'd like.

This lends a sense of genuine freedom and wonder to the game. The Great Ocean has dozens of islands, many with side quest items or brief puzzles to solve. I could've sailed around finding new territory to explore for days. But Wind Waker HD's real brilliance lies in its dungeon design.

There are seven or so main dungeons, gauntlets filled to the brim with puzzles, enemies and an eventual boss fight. Challenges in Wind Waker HD are never terribly difficult — often, they rely on a little basic spatial reasoning and inventory management. But they are so seamlessly blended in with other activities — platforming, combat and even stealth — that they always made me feel accomplished.

The dungeon variety is also impressive. I puzzled and battled my way through haunted forests and spewing volcanoes and a massive tower themed after classical Greece, picking up new equipment and new skills along the way. The game's most devious and satisfying riddles appear in later dungeons, alongside your ability to switch between two characters.

Wind Waker HD's combat represents the best in the series. While fighting lesser enemies often requires little more than a few well-placed whacks from your sword, armored foes — and bosses — require more strategy. Link is light on his feet and has a devastating counterattack essential for bringing down bigger foes. And every successful strike is accompanied by a musical cue, lending a sense of rhythm and flow to battle. It's fun to dislodge giant knights' armor in one perfectly-timed swoop, and even better to knock them on their rear ends with a few more well-placed blows.

The game effectively blends overworld and dungeon sections. Many key items are obtained outside of the traditional Zelda dungeon structures, via quests that require sleuthing (and sailing) about the islands and talking to various denizens. In practice, these are simple puzzles that take place outside the tight confines of temples and mazes. In order to grab a crucial, early quest item, you need to solve the mystery of one character's whereabouts and eavesdrop on a pirate interrogation. Later, crucial bits of kit are hidden among the "minor" islands, with plenty of hints as to their locations. I appreciated the main-quest forays into the overworld, as they presented fresh excuses to explore and stretch my sea legs. 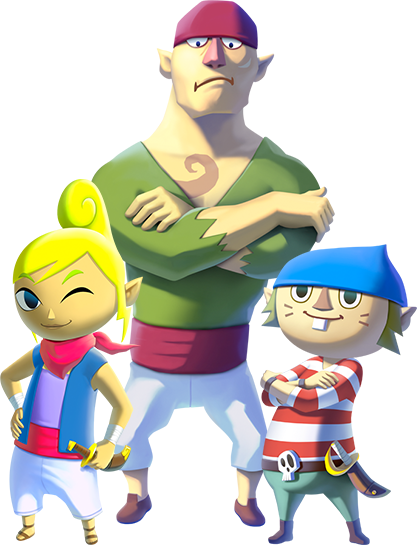 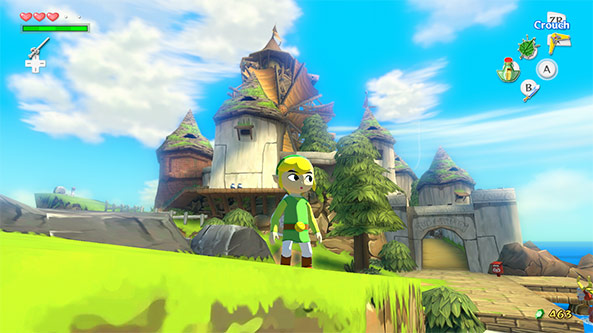 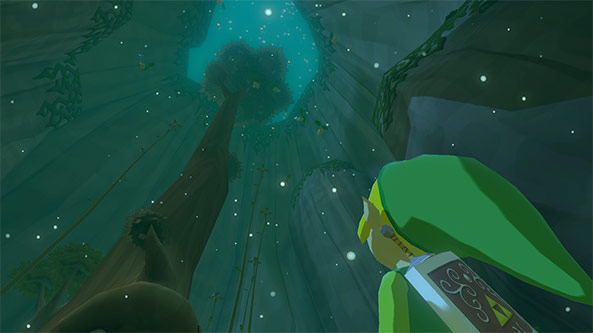 This new release of Wind Waker HD has been tweaked in several ways — most noticeably with an improved interface courtesy of the Wii U Gamepad and faster ocean traversal with the "swift sail." This helped immensely with the infamous late-game Triforce quest, which has also been streamlined. There are fewer charts to wrangle, and I even stumbled upon Triforce shards long before the mandatory quest — making what was once an end-game slog completely painless.

The swift sail is the best addition to the game

Some of the new elements are less gracefully integrated than others — I almost missed the swift sail entirely, as it's an item nabbed during an auction mini-game non-vital to Wind Waker HD's primary progression. The swift sail is the best addition to the game, and addresses one of the main complaints leveled against the original release and its sometimes monotonous forced ocean exploration. It's strange to see it practically buried.

Wind Waker HD's visual facelift is much more obvious, with an upgrade to 1080p and impressive new lighting effects. The resulting game is stunning — its colors are muted just a shade or two from the Gamecube original — it's tidier and more organic. Wind Waker looks and feels like a living cartoon, with its bold colors and clean lines, and the animation is expressive and fluid.

Wind Waker looks and feels like a living cartoon 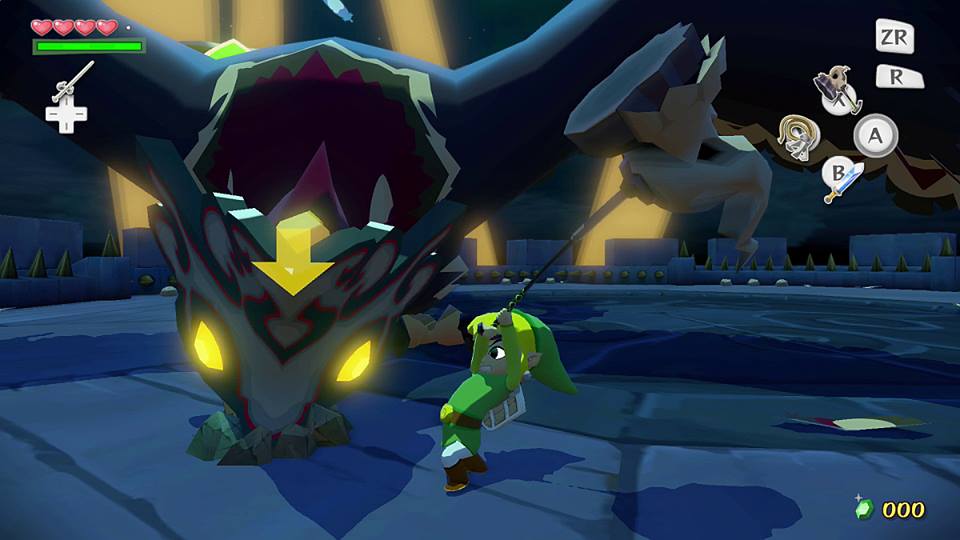 Wind Waker HD is the definitive version of a modern classic.

I whiled dozens of hours away on the great ocean in the original GameCube release, and happily spent even longer with this prettier, better-paced iteration. That Wind Waker HD only needs a few minor tweaks to feel fully modern proves its lasting appeal — and to capture a feeling of adventure, like a kid in a world of endless possibility.

The Legend of Zelda: Wind Waker HD was reviewed using code provided by Nintendo. You can read more about Polygon's ethics policy here.