Share All sharing options for: This app lets you build Disney Infinity worlds on your iPad and play them on your console

Starting today, Disney Infinity owners will be able to import their toy box creations to an iPad app where they can play through the world or build entirely new ones that can be sent back to the console.

My son and I spent a bit of time with it last night and were able to whip up a massive maze, a floating island world and a racetrack in the sky in short order.

The app launches you into a blank slate toy box world made up of a single massive plot of land as Mr. Incredible. Players can run around as the character using dual virtual thumbsticks on the screen, and perform jumps, attacks and blocks with virtual buttons.

The game also allows you to import all of the characters you've purchased by entering the web codes they came with or through in-app purchases. 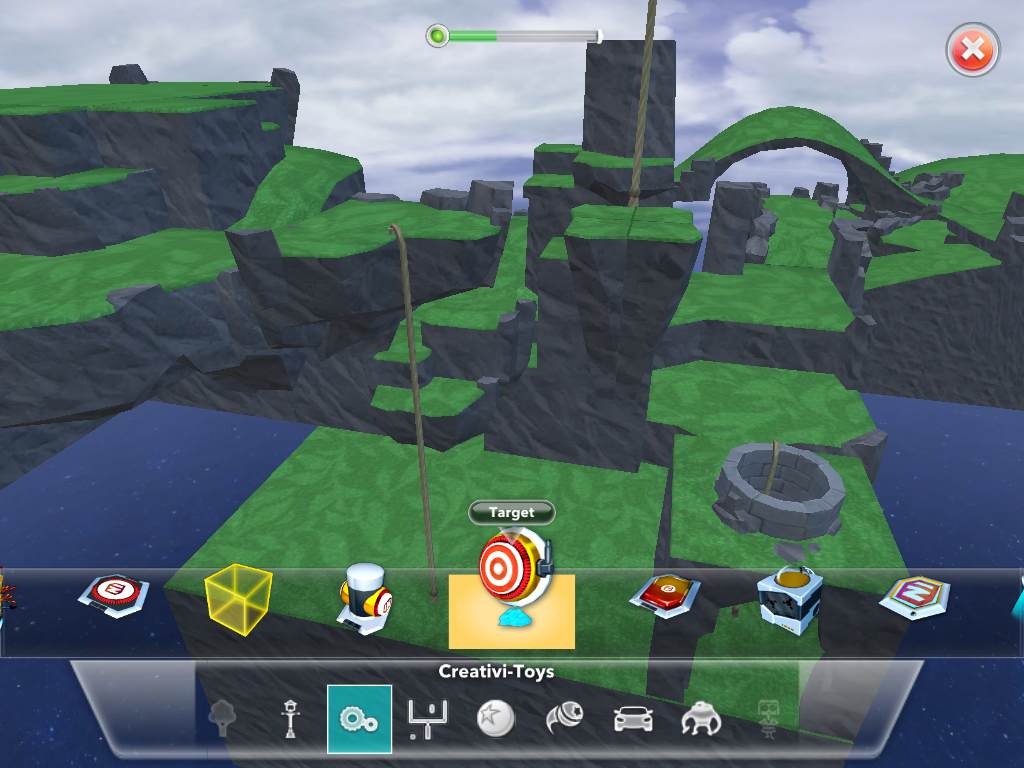 Players pop into creation mode by tapping a paintbrush icon in the top of the screen. Once in creation mode, players can swipe through the items in their Toy Box by category. The app comes loaded with more than 60 free items and once you've connected to your console, by using your Disney Infinity account sign in, everything you unlocked in the console version populates into the iPad version.

Both Tristan and I found creating worlds using the iPad a bit more intuitive and fun then using the console's controllers. It felt easier zooming in and out on and tweaking camera angles on the fly with the touch controls. Placing things, particularly items that need to be in specific spots, like when making a maze, was a lot easier to do with my fingers then my thumbs and two sticks.

Gameplay, however, is still best done on the consoles. Not only are the controllers much easier than using virtual thumbsticks, but the iPad sometimes chugged as I played through some of the more loaded up worlds I created.

Fortunately, anything you make on the iPad can be effortlessly transferred over to the console and vice versa.

To transfer a creation, you simple tap on the pause button, and then the Disney Toy Box option. Once in this menu you can either choose to upload or download your creations or other players creations that have been vetted and distributed by Disney. The process takes seconds.

Once uploaded, to play an iPad creation on your console you simply do the same thing on that platform. Pause the game, go to the Disney Toy Box option and download your creations.

The experience of making something on the go, on the iPad, and then playing it on a big screen in your home is magical. I can see this app, especially since it's free right now, sparking a lot more player-created maps over the coming month.