Share All sharing options for: Opinion: The secret reason so many people love Grand Theft Auto

In the past 24 hours, I've had the opportunity to be interviewed by a number of mainstream media outlets about Grand Theft Auto 5, a game I enjoyed — for the most part. I'd prepared myself to discuss provocative issues, like sex and violence, but the single consistent question, from one interview to the next, surprised me, both in its simplicity and banality:

Why do so many people care so much about this particular game compared to the thousands of others?

It's a loaded question. To a total outsider, I imagine Grand Theft Auto 5 looks like just another game in which men shoot other men. To someone with minimal cultural context, it's the latest in a storied series of video games about doing drugs, killing cops and doing and killing prostitutes. There must be something more to Grand Theft Auto that attracts millions of people to spend $60, over seven times the price of an average movie ticket.

What's difficult to understand about the franchise if you've never played it, what's difficult to concisely and compellingly describe if you have, is how mundane it can be. Grand Theft Auto 5 is a game about crime, but it's also a game about doing yoga and attending therapy and driving on the highway and smoking pot on the couch. 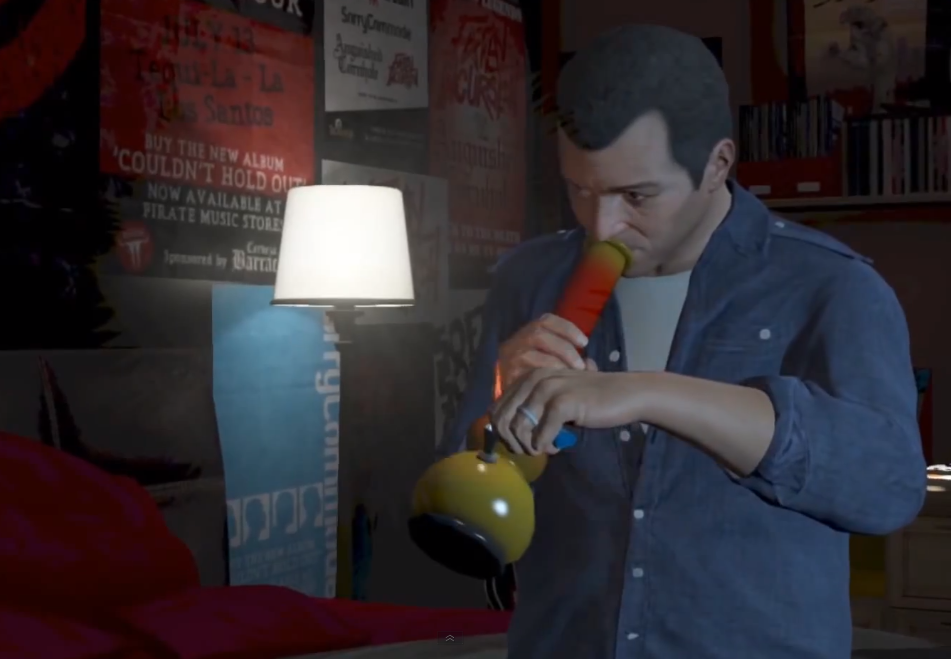 First, they imbue the world with texture and believability. Los Santos, the setting of Grand Theft Auto 5, isn't an alien planet, a hell vortex or a giant plastic model. It's Los Angeles, replete with tattoo parlors, beach parties and film sets.

Second, the activities change the tempo. A good story is sometimes slow, sometimes fast, sometimes thrilling and occasionally boring. Fireworks are loudest when you don't expect to hear them.

The result of mixing the mundane with the spectacular is an action game that is better paced and steeped in unintended but welcome context. You don't just assassinate a CEO, you assassinate a CEO and invest in the stock of his rival company. You don't just escape the cops on another generic side street. You escape the cops by crashing through the gates of the neighborhood golf course where you once shot a round two under par.

Mundanity is relatable. Most of us lead content, mundane lives. I think it's easier to place myself in the mundane world of Grand Theft Auto, even if I'm nothing like the character on the screen. Most of us don't rob banks, kill cops or steal submarines. But we might go mountain biking or, if we're feeling especially wild and there's a good Groupon, skydiving — both of which can be done in GTA 5. I relate to the pastimes, if not always the people. And so, it's easier to buy into the fantasy.

Mundanity is relatable. Most of us lead content, mundane lives

Speaking of fantasies, many of the flights of fancy recreatable in GTA are the kind we have on a weekly basis. We've been to a car dealership and considered running a sports car through the plate glass window. We've imagined going berserk on a traffic jam. We've coveted a neighbor's sports car.

All of us have had the desire to do terrible, awful, unspeakable things in the world. And Grand Theft Auto lets us pick and choose from a buffet of such things, and do so in a world that is immediately accessible, convincingly realistic and utterly free of judgment.

Grand Theft Auto, as the in-game therapist might say, is our safe place. Our zen garden of burnt-out cop cars and empty bullet casings. 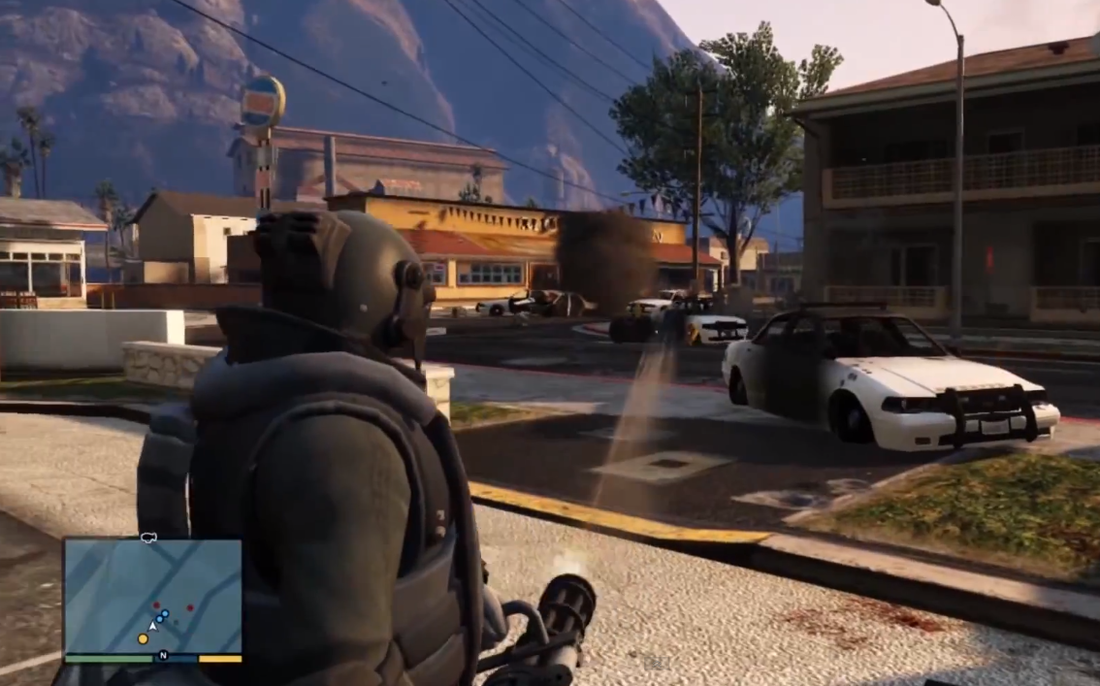 And yes, some of the things we do may be grotesque, cruel and perverted. For millennia, humans have found or created methods to feed these desires, and I will say, Grand Theft Auto 5 is cleaner and safer; an improvement upon gladiatorial battles and Russian bathhouses.

Don't mistake this as an excuse for Rockstar to continue to include some of truly heinous elements in its creations, like moments of interactive torture and the harassment (or absence) of women. Rather, it's recognition that we love playing cops and robbers, we love explosions, we love sex and violence.

Over the next few weeks, as lovers of video games face friends, family and the occasional interviewer, it may be tempting to sell short the base pleasure of Grand Theft Auto. To focus on the comedic tone, the majestic landscape, the golf minigame.

But why do so many people care so much about Grand Theft Auto? Because it's the closest we've come to a real place to do the things we'd never really do.