Share All sharing options for: State of Decay hits Steam tomorrow as an experiment in co-op development

The way Jeff Strain sees it, there are two buckets Undead Labs has to fill when bringing State of Decay to PC.

The first is filled with the technology that ensures the zombie-filled action game runs on a wide variety of hardware.

"There's a huge difference between having a game up and running on PC and having a game running well on anyone's PC," the developer's founder told Polygon in a recent interview.

Undead Labs has been developing a Windows PC port of State of Decay alongside the Xbox 360 version that was released in June. Tomorrow, the developer will release a nascent PC version for $20 through Steam Early Access. We spoke with Strain about porting the game to PC and why he believes that bringing a work-in-progress to Steam will produce the best possible game.

"We wanted really to be able to support the full spectrum of modern hardware."

In some ways, developing for a console is easier than developing for a PC. Hardware is a known quantity for every console user, but hardware variety is the PC ecosystem's hallmark. Undead Labs wants State of Decay to run on a wide variety of hardware, Strain said, and that's made for several developmental challenges.

"With PC, you have to step back," he said. "Especially because we're targeting systems that could be as much as four or five years old, we wanted really to be able to support the full spectrum of modern hardware, all the way back to a Windows XP machine running a pre-Core CPU."

We got a chance to play a pre-release version of State of Decay on Steam. The version that will ship tomorrow is nearly identical to its console counterpart, right up to the control scheme, which is limited to a controller — for now.

That brings us to Strain's second bucket, which is all about turning a console game into a PC game.

"The second big bucket of things that we have to look at is, of course, the user interface - making it feel like a real PC game, and not just a quick port from the Xbox," he said. "That means full support for mouse and keyboard. It also means the on-screen elements need to fell like PC, rather than a button-based interface."

"That means full support for mouse and keyboard."

That's why Undead Labs is releasing the game through Steam Early Access. The developer will provide a game whose first bucket is largely filled. State of Decay will run on a wide variety of hardware. Those players who join the PC version in its earliest stages will be able to help Undead Labs fill that second bucket by providing feedback on things like the game's final interface.

"When you take an open-world 3D game that has, obviously, 3D navigation, but also quite a bit of action with the world, small preferences in where keys are and how the buttons are mapped and how many of those need to be selectable and how the timings work on them can make a big difference in the experience of play," he said. "We definitely want to make sure that we are including the PC gaming community in that [design process]."

Undead Labs' PC plans extend well beyond mouse and keyboard and interface decisions. The developer also plans to incorporate modding into State of Decay. Though the small studio doesn't have the bandwidth to create a suite of official mod tools, Strain said that he plans to keep an open line of contact with the modding community.

"We're going to be very open about file formats and how the game is put together form a data standpoint," he said, "and I think involving the community at this level will make sure that we have a forum where we can have that conversation and make sure that we're doing the right things between here and there as well."

The other thing that Strain is looking forward to is Undead Labs' ability to enhance the game after its ships, a process that the PC game makes easier than its console forbearer. 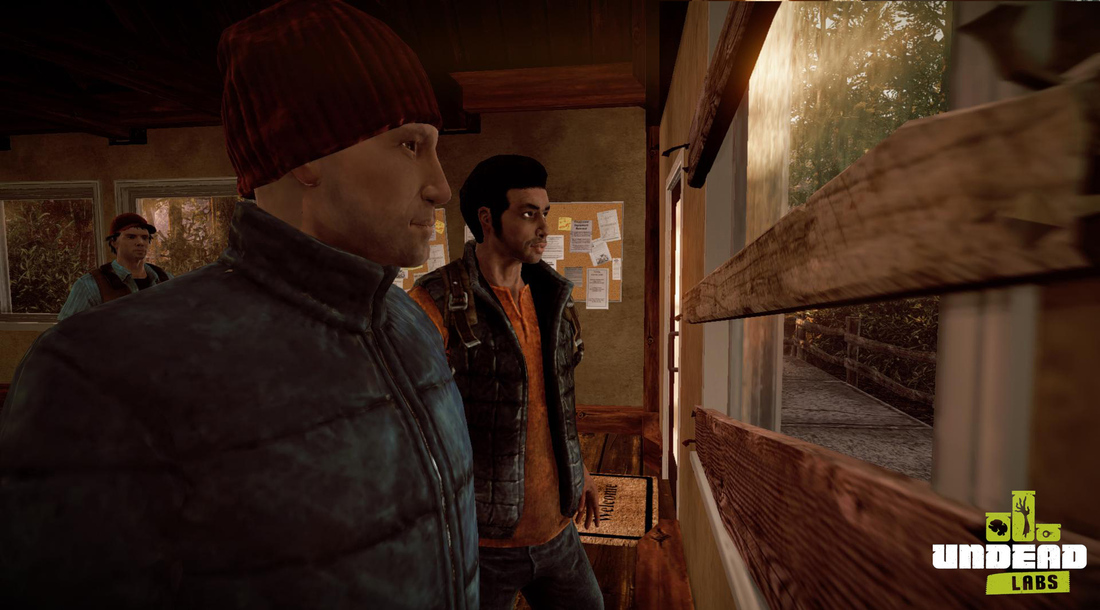 "I think the biggest things we're excited about on the PC side is just the much greater ability to iterate and refresh the game," he said. "Obviously, certification in the console world is a big deal. For developers who want to be supporting the game and keeping it updated on a very frequent basis (rather than kind of batching everything into these two and three-month title updates), it's incredibly liberating to be able to have that level of interaction with fans of the game and people who love what you're doing and being able to support that.

"Being able to read in the community forums and see somebody express a great idea and have a conversation here that says, ‘You know, that is a great idea. Let's just do that.' and two days later roll it out, that's phenomenally powerful."

"Without Early Access and the fact that people understand that that's what that channel exists for, I think it would be very difficult for us to do this," he said. "You want to put your best foot forward. When you ask the world to turn the spotlight on the game, and you put yourself out there for evaluation, you want to make sure you're putting your best foot out there.

"We'd never release a PC game without a fully mature mouse and keyboard interface — unless we were able to do it with something like Early Access, where everybody who's coming in understand why we're doing that and understands that this means that we have a commitment to listening to what you say, and actively altering the course of development while we work toward the end goal, based on what you say.

"It's just a fantastic opportunity to do that."