Hands-on with the PS Vita TV, a little box with a lot of diversity

Share All sharing options for: Hands-on with the PS Vita TV, a little box with a lot of diversity

The PS Vita TV is being positioned as a Swiss army knife for Sony's burgeoning video game ecosystem — a kind of jack-of-all-trades that touches on elements the company has already explored with its other hardware. If you need any more proof of that, you need simply to observe the Vita TV's demo station at TGS 2013, which has a plethora of hands-on experiences — from PSOne emulation to manga viewing — that you can have with the device.

Its functionality is inarguably broad; but some of those functions work better than others.

As a machine for playing PSOne Classics, it's quite adept. Games from that generation run as smoothly as you'd expect on a modern device. It's also no surprise that the DualShock 3 is a better input than the PS Vita ever was, with its two pairs of shoulder buttons and built-in rumble functionality. It's been so long since I've played a PSOne game with rumble that feeling some feedback while playing UmJammer Lammy actually startled me a bit.

It's also naturally better suited — suited at all, really — for playing the multiplayer components of downloadable PSOne Classics, something the PS Vita can't exactly replicate. Again, none of this is new if you've played those games on PlayStation 3; but if the PS Vita TV achieves Sony's goal of roping in a more casual audience, it will be able to handily recreate that one capability at a much lower price point than Sony's current-gen hardware. 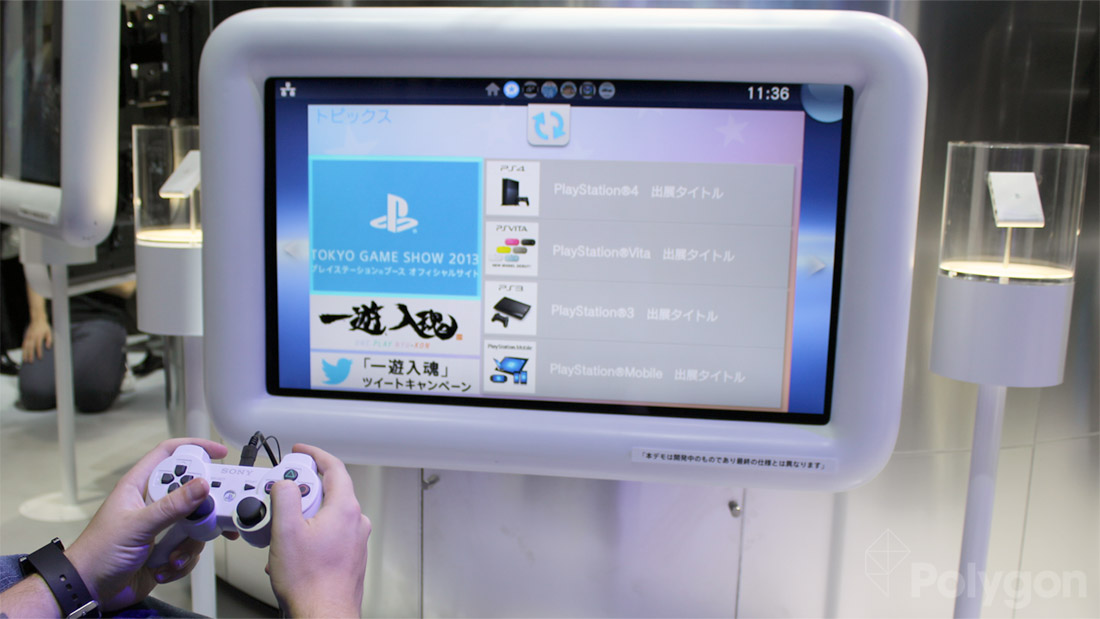 Another demo station showcased how the PS Vita TV could stream PS4 games using Remote Play, although the hardware didn't exactly shine during that session. It works, which is perhaps miraculous in itself; and with surprisingly little latency, too — I was able to play through a brief snippet of Knack without taking too many hits due to lag. Visually, though, there's some serious degradation experienced while streaming; resolution takes a nosedive and textures get pretty blurry.

Those issues might not be as bad on the smaller, sharper screen of the PS Vita, but when blown up on the Vita TV, the problems are glaring. It's kind of an odd bulletpoint for the Vita TV to have, though — in how many scenarios will you be near a TV and wanting to play PS4, but unable to ... actually play your PS4 on a TV?

Its functionality is inarguably broad; but some of those functions work better than others

The good news is that the PS Vita TV's core selling point of being able to play Vita games on a bigger screen, works without a hitch. I sat in on a session of Soul Sacrifice Delta in which I played on the TV while two others assisted me on locally-networked PS Vitas. The game looked surprisingly great on a bigger screen — not as sharp as a PlayStation 3 game exactly, but not at all blown-out, a problem which I worried a magnified PS Vita game might suffer from.

The usefulness of the PS Vita TV's Remote Play functionality is debatable, but the ability to play networked multiplayer games with nearby Vita players could be a huge boon. Not only does it add another player in the mix, but it opens up multiplayer Vita games to have a kind of spectatorship — if the right game can utilize that, it could add a lot to the Vita's local multiplayer experience.

The PS Vita TV will launch in January in select Asian regions. No North American or European release plans have been announced.