The man behind God of War is working on a new game ... and hunting ghosts?

Share All sharing options for: The man behind God of War is working on a new game ... and hunting ghosts?

The notion that David Jaffe, the game designer behind Twisted Metal, Mickey Mania and God of War, now splits his time between working on his next big game and, occasionally, just occasionally, hunting ghosts with a man who he says perfected the technique for curing werewolves, is beyond absurd.

But that's what Jaffe insists he's doing when we chatted last week over Skype.

He brings it up so matter-of-factly it manages to knock the questions I had so carefully lined up, right out of my head.

Jaffe tells me, with a completely dead-pan voice, that this person, this approaching-80-year-old ghost hunter, werewolf curer, demon tracker, is backing a chunk of the studio and that when Jaffe's not working on the game with his small team, he's occasionally tracking down the spirits of the dearly departed.

I try to pull away from what obviously is some sort of publicity stunt for his game (it's not, he insists) but I can't help myself and keep returning to the alternate history of Jaffe's studio. Maybe because I'm a fan of magic realism, or a fan of mysticism and the supernatural (both of which I don't believe in), but I keep picking at the story like an angry sore.

What I trust, what I'd already been told by multiple sources, is that Jaffe has a new studio, and that new studio has a new game and a publisher backing it.

This approaching-80-year-old ghost hunter, werewolf curer, demon tracker, is backing a chunk of the studio.

Jaffe tells me as much.

"We started pitching the game about a year ago and we got a lot of interest and a lot of pitch meetings," he said. "It's in a genre that is well represented in the marketplace, but we have some ideas at the gameplay level and the conceptual IP level that we think are different and exciting and fresh. The publisher we signed with was great at saying, instead of like, 'Here's this money, ship the game in 18 months or two years,' they are very prototype friendly. That's what I love. Build a team and find your game."

Jaffe likens the process to writing a screenplay; they're fleshing out ideas, incubating concepts for six to seven months to see what shakes loose, he said.

There were other possibilities, publishers who were willing to sign the game and have it delivered in a few years, but Jaffe and the team wanted more time to play with their ideas.

The publisher they signed with had a real sense of "understanding the game making process, especially when you are doing something in a well-represented genre," he said. "It's not like we're reinventing the wheel, but we are putting our own spin on it.

"When you're [making a game] in a genre with a lot of competition, you need that time to find the voice and spirit of the game you're making." 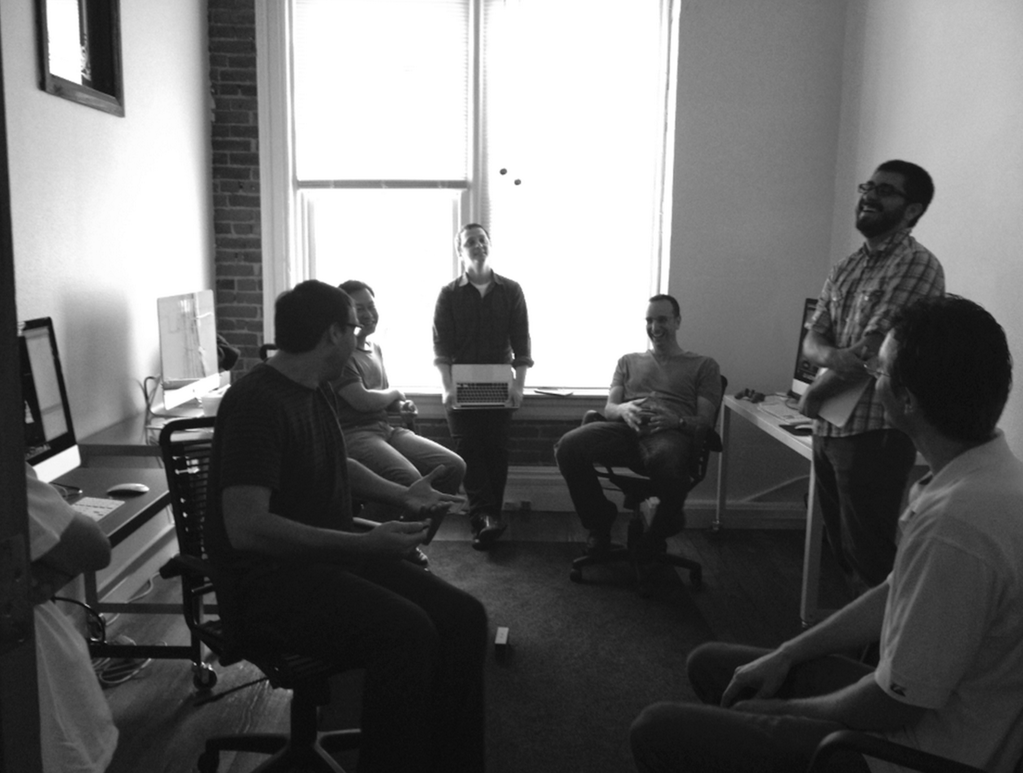 Jaffe remained coy about what it actually is or even what platform the game will come to.

"I can't tell you where it is going to end up," he said. "I can tell you it is designed from the ground up, very much like when we did God of War, to be a franchise with legs and a brand that we think has a lot of potential, but it's always important to keep your eyes on the prize and stay focused on the first bullet out of the chamber.

"I wouldn't say it's a grand huge epic game like Skyrim, but I will say when people play it, hopefully they will have a huge amount of fun and immediately see it is a portal into a much bigger universe in terms of IP and story and character. But the first thing they play may not necessarily, it might, but it may not necessarily be some big epic adventure. It's more of a universe we're designing and building multiple things within it."

Is it more God of War or Calling All Cars, I ask, referencing a huge game he made and a small arcade title he created.

"It's definitely not Calling All Cars," he said. "It's not a little small arcadey game. And there are absolutely, there are plans and potential for us to do in scope the level God of War style experiences and that may be the first thing we launch the brand with, but I don't know yet."

I tell Jaffe that my sources have told me that Sony is the publisher, backing his idea completely.

Jaffe, as with his tale of a ghost-fighting partner in business, remains dead pan.

That included, he said, both Ubisoft and Microsoft, the latter of which he was delighted to find to be a charming group of game developers.

"It was a joy, whether it was the Ubisoft or the Microsoft guys, to talk with other companies because I've been so long associated with Sony," he said. "As for who we ended up going with, I'm not at liberty to say."

The person they did end up going with was a publisher that really believes in prototyping, he said. While the mysterious publisher has signed a deal with Jaffe and crew, there is no promise they will be the ultimate publisher. It could be, Jaffe said, that they don't like what Jaffe comes up with.

He says he doubts that will happen, but if it does he'd likely take it to Kickstarter because he believes in the idea. The decision will probably come sometime between a year out and three.

But the publisher is sending his new studio checks.

"We have a publisher and checks from the publisher, that fund a percentage of the company, the rest comes from Bartlet," he said.

Barlet, specifically The Bartlet Jones Supernatural Detective Agency, is integrally entwined in this story of Jaffe and his new publishing deal. 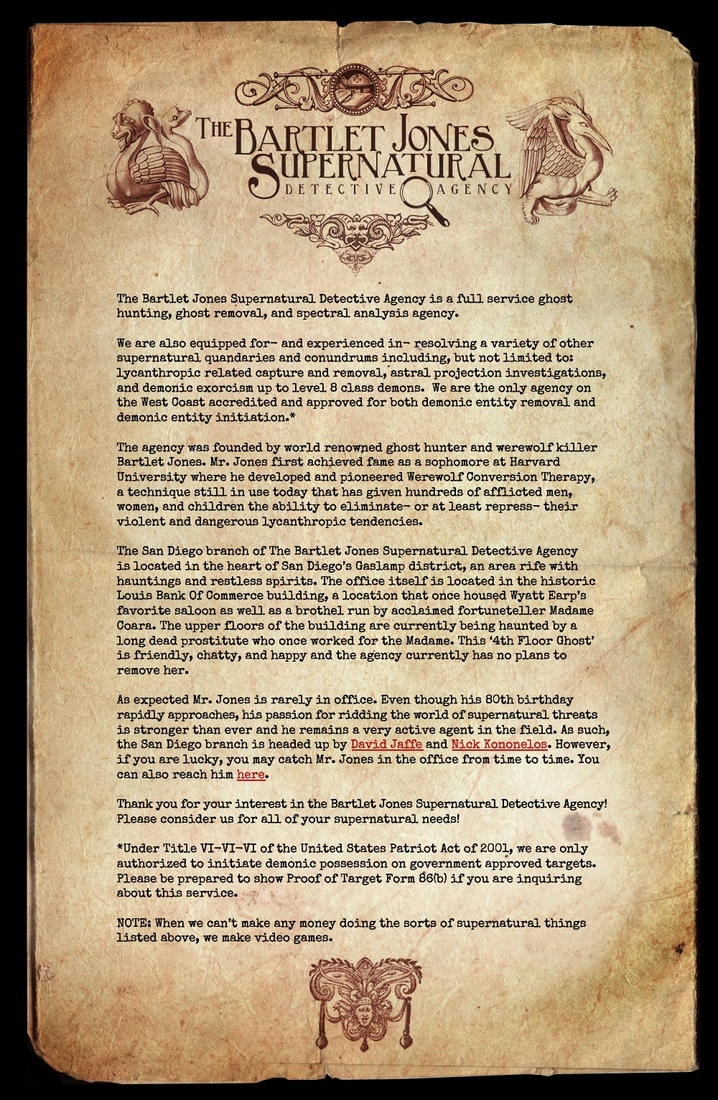 Early in my conversation with Jaffe, we fell into an accidental parody of Who's on First when I asked about the name of his new studio, which is The Bartlet Jones Supernatural Detective Agency.

"Where did that name come from?" I asked.

"That's just his company, his name."

As the story goes, Jaffe and fellow studio founder and Sony Studios alum Nick Kononelos were sitting at a bar in the Gaslamp District of San Diego talking about a possible project for their next game when an old man sitting nearby interrupted them.

Jaffe and Kononelos were talking about a ghost hunting game, which Jaffe swears they're not making (but he wants to one day) and the man mistook their conversation for a talk about real life ghosts. Turns out that man, Bartlet Jones, was a long time ghost hunter.

They got to talking and decided to join forces and create a single game development, ghost-hunting company, as one does.

"This sounds like it's made up," I tell Jaffe.

"He's a real person. You should interview him."

It happened, purely by coincidence that the day I set up for our interview was Friday the 13th, and Jaffe said that Jones was busy doing his thing on what is traditionally a busy day for people in his craft. 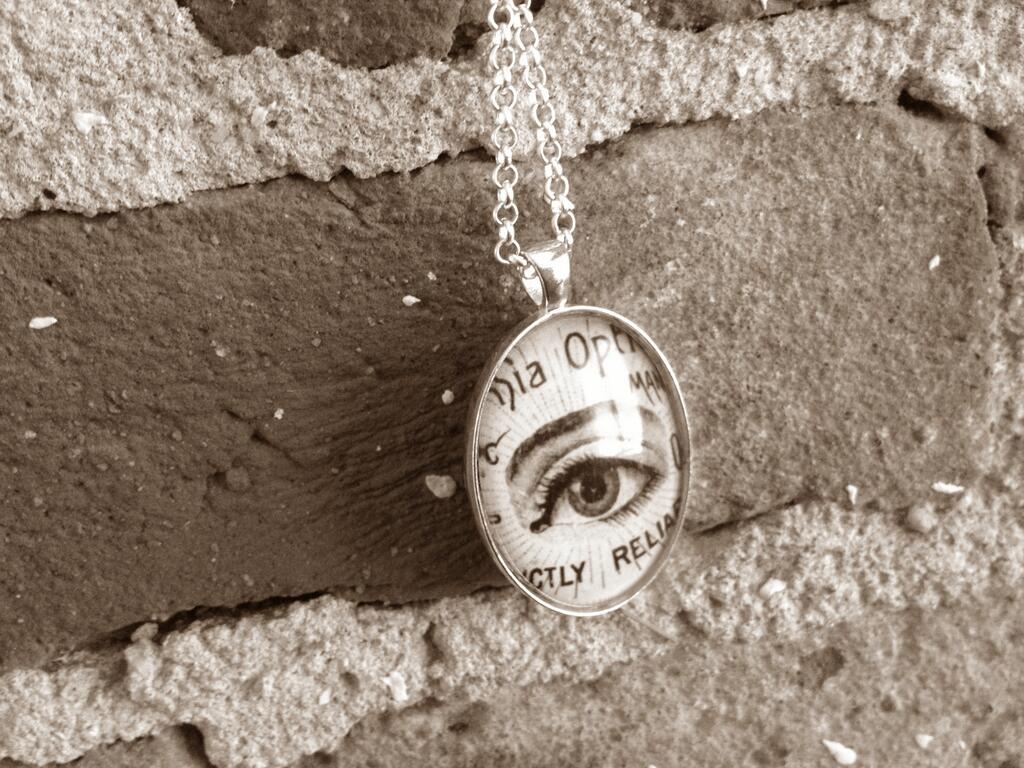 Jaffe insists (even on his dog's life) that the story of the new studio's birth is not some complicated fictional tale meant to boost interest in his game. He tells me that he even occasionally goes out hunting ghosts. But Jones' freshly created Twitter account is packed with pictures of and references to things that are obviously fiction: Like a key used to lock up a beast that terrorized Memphis or a haunted medallion.

We don't, Bartlet and I, ever speak directly, but he does send me one tweet saying we should talk and this:

.@crecenteb I hear you are digging up information on my past. Beware,sir. Look under too many rocks,one is bound to reveal a coiled snake.

Jaffe invites me to come to the office, which he says is decorated with the accouterments of a life spent ghost hunting. There are pictures from seances, even a blood-spattered door from Jones' first exorcism

"I did a seance about three weeks ago," Jaffe says. "Room 309 of the Grand Horton in Gaslamp was an assignment I was going to do, but I got caught up on a milestone."

"I don't believe you," I tell Jaffe multiple times in our interview, always about the secondary nature of his new business. "You know I'm going to look into this," I say.

"Look it up, tell me what you find." he said. "You should come by sometime and talk to Barlet, he's really an interesting guy."

In the end, I suppose, it doesn't really matter. Whether Jaffe is making a game funded purely with money from a publisher or whether a piece of his new studio gets its backing from hauntings, the game will be the game.

That Jaffe might be blending the process of making a game with the process of talking about it, would be delightful. That a studio's creativity could seep into the real world and, at least for a moment, make it as magical as a game is something I wholeheartedly embrace.