Final Fantasy 14: A Realm Reborn simultaneously serves as an apology to longtime fans and a reminder of why they care about the franchise in the first place.

Square Enix launched the first iteration of Final Fantasy 14 in 2010, and it was awful — an unfinished, un-fun slog of an MMO. Square Enix's own CEO called it a brand-damaging disaster.

Three years later, Square Enix has done the impossible, pouring money and resources into a reboot that turns things around entirely. A Realm Reborn is more than just a relaunch of Final Fantasy 14; it's a completely different and infinitely better game — the series' greatest shame transformed into one of its most exciting and unexpected triumphs.

Square Enix has done the impossible

The slightly self-aware story of Final Fantasy 14: A Realm Reborn picks up five years after the original game's server- and world-ending events. The first version of the game ended with the continent of Eorzea nearly destroyed and the disappearance of player-controlled heroes. At the outset of A Realm Reborn, those heroes are, well, reborn into a world recovered from the dramatic events of the past five years — but facing new and more worrisome troubles on the horizon.

Players choose from eight main classes — such as archer, lancer or conjurer — each of which fall into one of the three common MMO roles: damage dealers, tanks and healers. But Final Fantasy 14 has more flexibility than most of its contemporaries thanks to one simple addition: You can change classes at any time. Each class levels up individually; if you feel like devoting the time, you could go from level one to the current level cap of 50 with every class as a single character.

Class-switching is not only encouraged but virtually necessary if you want to successfully run later dungeons. You're able to carry over a small number of skills between classes, allowing for a lot of freedom of customization, but mixing together certain class types unlocks new, super-powerful jobs. For example, by leveling a marauder to 30 and a gladiator to 15, I unlocked the warrior job. This gave me access to a handful of very powerful abilities and was basically required in order to be an effective tank later in the game. Final Fantasy 14's fluid class system seems simple for the first 10 or so hours, but as you get deeper into the game, more exciting possibilities are revealed.

A Realm Reborn's combat is less interested in innovating. Instead, it provides a challenging testing ground for traditional MMO skills. Each class activates skills that are on a cooldown in order to damage enemies, juggling HP, MP and other class-specific resources. Some skills provide extra damage or bonuses when "comboed" with another skill — i.e., when used immediately after — which helps beginners get a good sense of their ideal skill rotation.

Those beginners are going to have to learn fast, though. By the time I hit level 25, Final Fantasy 14's small group dungeons provided a serious challenge. Dungeons only require a group of four — two damage dealers, a tank and a healer — which the game's group finder puts together quickly if you're playing on your own. But each party member has to be on top of their game. Bosses have giant health pools and quickly develop unforgiving mechanics on par with end-game raid bosses in other MMOs. I got used to my group wiping often, but overcoming these boss encounters was an intense, wonderful rush. 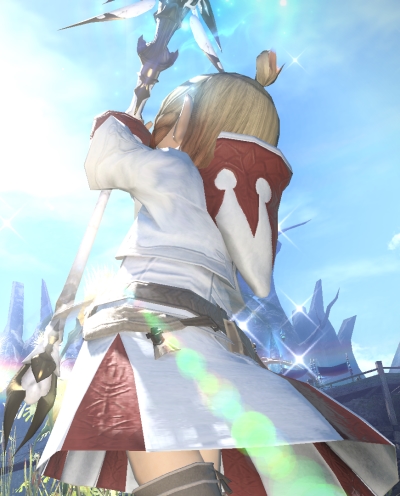 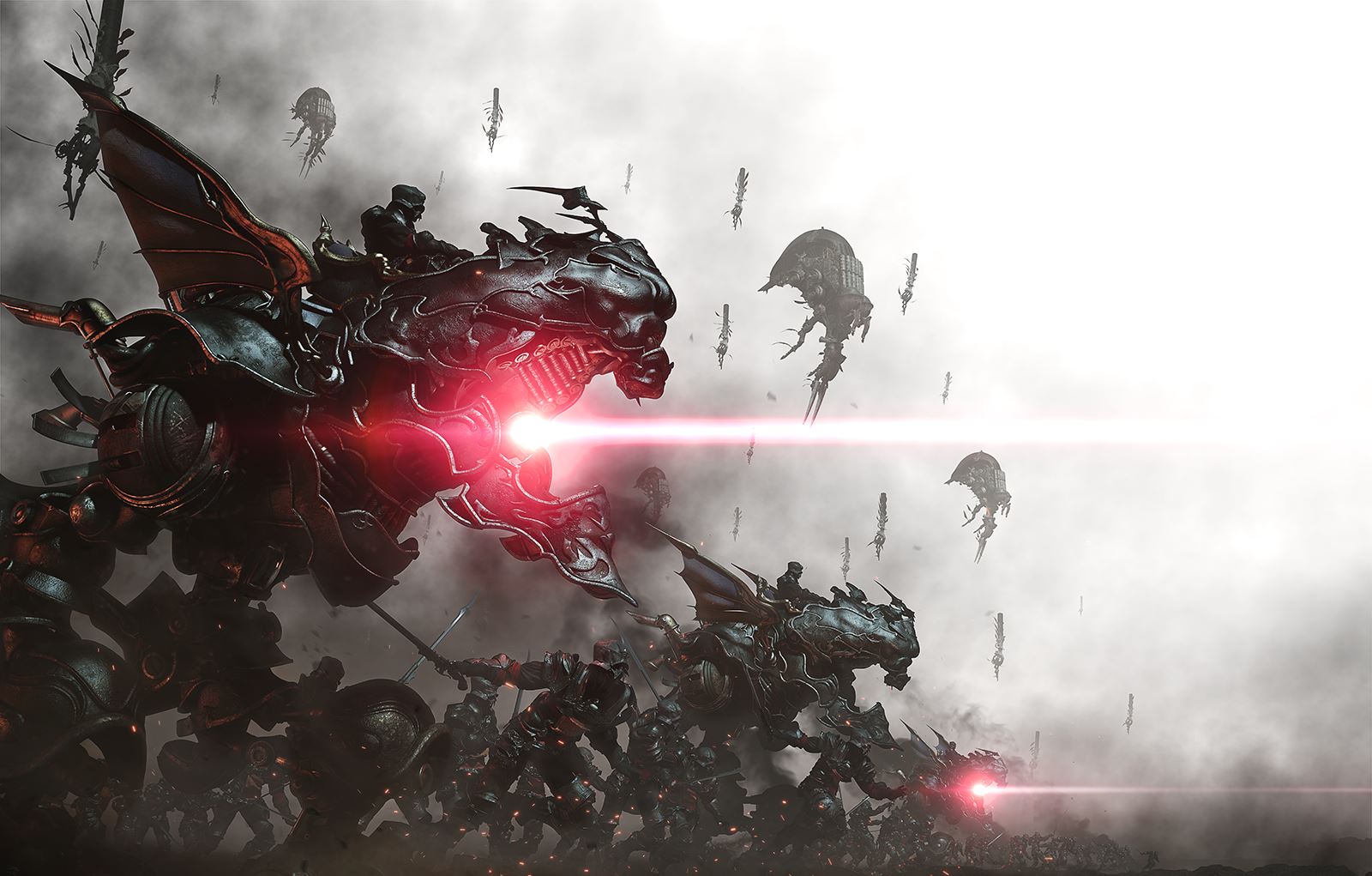 Few MMO launches go smoothly, and Final Fantasy 14: A Realm Reborn is no exception. Beginning with early access on Aug. 24 and continuing weeks into launch, the game has been plagued with major server problems and downtime for maintenance, sometimes for as long as 12 hours at a stretch. Square Enix even went so far as to stop digital sales of the game until this week while they fixed the issues.

After two big patches and some tweaks to the servers, things seem to have calmed down. Some of the more population-heavy servers remain closed to new character creation and have short queues to log on, but in the last two weeks I haven't run into any major bugs, server lag or inability to connect.

The craziest surprise? Those difficult, demanding fights are completely possible while playing with a controller. A working, viable controller layout might be Final Fantasy 14's single biggest gift to the MMO genre. Previous games have tried it — including Final Fantasy 11 — but no one has pulled it off in a way that's as comfortable as it is here. Having a mouse and keyboard nearby is still recommended — particularly if you plan to be in groups at all — but I stuck with a controller for most of my time with Final Fantasy 14 and loved it.

Controller support isn't the only holdover from the series' console legacy. Final Fantasy 14 is the rare MMO where plot is not only important but arguably the star of the show. Side quests of the regular MMO variety are in steady supply — I've tapped through dozens of dialogue boxes of NPCs justifying why I need to go collect six lizard eyes for them. But a main storyline with lengthy cutscenes and occasional voice-acting runs alongside those less contextually interesting quests, providing A Realm Reborn with a deeper sense of purpose and momentum.

Though you begin in one of three capital cities with unique starting scenarios, each hero's story eventually collapses into a single quest chain. As your character takes on tasks and defeats monsters, they come into contact with a group of heroes attempting to ensure Eorzea's future safety. Being a hero in this world means taking on threats from every side. Rabid beast tribes gather in the countryside; summoned "primals" (such as Ifrit and Titan) threaten the population; and to the north, the conquest-hungry Garlean Empire plans for an invasion. There isn't a single obvious bad guy; allies and enemies shift as you progress. It's a complex plot with a lot of moving pieces, strained relationships and subtle politics, but Final Fantasy 14 puts it to good use in pushing players through the world. 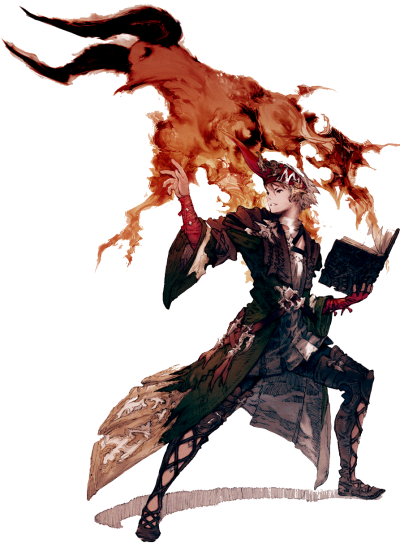 The story quests also provide a real sense of progress that goes beyond gear and stat bumps. In my first 20 or 30 levels as a hero, I frequently received help from major characters in the game — what amounted to them taking on a giant monster that I couldn't handle on my own while I took care of smaller, less imposing creatures. As your power grows and the NPCs begin to recognize your skill, they trust you with more pressing missions and let you take the lead even when they're around. The early plot moves a little slowly, and the game sometimes falls into an extended series of fetch quests, but the payoff is always well worth it.

A Realm Reborn's revelations will be especially meaningful to Final Fantasy faithful. The game is full of fan service of the most fun, least exclusive variety: a materia system reminiscent of Final Fantasy 7; magitek armor as seen in Final Fantasy 6; enemies who look suspiciously like the judges of Final Fantasy 12. Everything echoes back to the two decades during which Final Fantasy stood at the top of the industry — including a gorgeous soundtrack that plays on recognizable tunes from the series and the best visuals I've ever seen in an MMO. You won't be missing much if you don't understand these references, but as someone who's played all of those past entries, I was completely pulled in by the breathless enthusiasm.

I was cautiously optimistic that Square could turn around its failure with Final Fantasy 14: A Realm Reborn, but even with my fondness for the series, I never could have guessed it would put out something so successful. For MMO fans, this will put your best-honed skills to the test while telling a strong story in a well-realized world. For Final Fantasy fans, it will grant visions of the past without completely losing itself to fan service. Final Fantasy 14 is a great MMO; perhaps more meaningfully, it's the first Final Fantasy game in years to capture the energy and joy that made me fall in love with the series.