One of Sony's quieter announcements just before Tokyo Game Show was the addition of a game called Pavilion to the growing lineup of indie games coming to PlayStation 4 and PS Vita. At TGS, the game's creators brought the upcoming title to the show's new Indie Games Area, offering the public its first hands-on time with Pavilion.

Pavilion is an exploratory adventure played from a fourth-person perspective, according to its creators. Players manipulate a glowing cursor to interact with objects like bells, light sources and blocks as they guide a man through a lush, mysterious fantasy world.

The Tokyo Game Show demo of Pavilion featured a handful of introductory levels from the game, teaching players the various means through which they can interact with the world. For example, bringing the cursor to a bell, then ringing it, will draw the attention of the character players can guide, but not directly control. He'll walk toward the sound of that bell, but not if his pathway is obscured by any darkness or a physical object. There are environmental hazards to consider, but nothing that appears to result in a fail state.

In the levels we played, solving puzzles mostly consisted of leading the non-player character to floor plates that served as switches to unlock gates or doors. Initially, that was simple: lead the character to a sound, block or unblock his path, then wait for him to step on a switch. Later that became a bit more complex, requiring multiple switch plates to open a single egress.

It's a serene, relaxing adventure game, not something requiring careful platforming or split-second reflexes, based on our experience. It's also not a "hunt the pixel" graphical adventure game. Pavilion offers visual cues about what your cursor is capable of interacting with — when hovering over an object, the cursor will begin orbiting it if it's interactive. 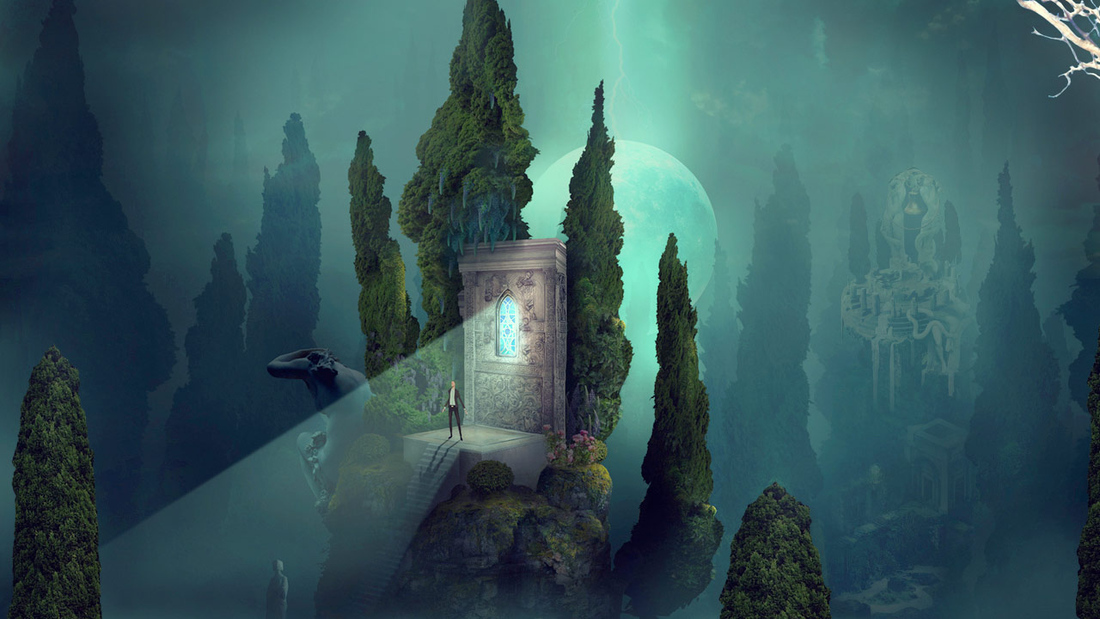 The game features no text, according to its creators, instead opting to tell its story through sight and sound. The identity of the cursor and its role in the game, Pavilion's creators say, will become clearer as the story progresses.

Pavilion is the work of Henrik Flink, programmer and creative director, and Rickard Westman, artist and animator. Together, they go by the name Visiontrick Media. The duo, who attended the same college in Stockholm, have been working on the game for the past year, and expect to release it in the first half of 2014.

Flink says the team approached Sony about bringing the game to PS4 and Vita, not the other way around, but that the company has been receptive and supportive of Pavilion's path to PlayStation platforms. And while Pavilion didn't have much of a presence at Sony's pre-TGS press conference — it appeared only in logo form alongside PlayStation indies Octodad and Galak-Z — the announcement has already given the game a massive amount of attention, Flink said.

Expect that attention to grow as the launch of the gorgeously rendered Pavilion nears closer.