Share All sharing options for: Tekken's lead designer still in love with the psychology of fighting games

When Katsuhiro Harada completed his education with a degree in psychology, his proud parents anticipated a great career for their son.

So when he told them that he had decided on a career in video games, they were less than impressed.

"They were devastated. They broke down in tears," recalls Harada, who is celebrating 20 years working with the Tekken franchise. He had fallen in love with fighting games, and nothing was going to change his mind.

It turned out that his degree in psychology helped immensely in his new career choice.

"I joined an arcade to become a promoter," he told Edge. "I'd plan events and tournaments for Street Fighter. Because of my psychology degree I was fascinated with human behavior. I'd try moving cabinets to certain spots in the arcade to see if they'd perform better depending on their location. At one point I became obsessed with finding out whether certain types of drink would increase the amount of time that people would play games for, or influence how much they'd spend."

His interest and diligence broke sales records, leading to promotions and awards, which mollified his parents and brought him to the attention of Namco's senior managers. When he asked to transfer to game development to work in the company's new 3D fighting franchise, they agreed. He has been a Tekken man ever since. 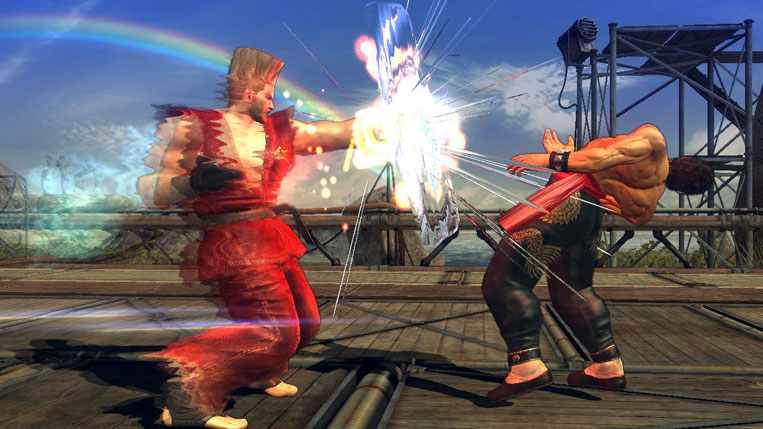 "I spent an entire year chatting to customers, finding out exactly what they liked or disliked about certain titles," he said. "I knew what people wanted from their games and the sort of things that put them off playing."

Looking back, the Tekken series has come a long way from those early days of 3D polygonal models. The fighting genre too has had its ups and downs. But Harada says he is still excited by the human psychology of the genre.

As for his parents' opinions about his career choice? "They've come around," said Harada. "It requires considerable effort to rise to the position I have over the past 20 years, and I think they appreciate that now."