Opinion: Kickstarters will break your heart

Share All sharing options for: Opinion: Kickstarters will break your heart

There's a story we tell ourselves and it goes like this: Take any idea, add some money, stir and then serve up success.

Stated so baldly the untruth of it is clear. It's the one hand that remains empty while the other fills with excrement.

Stated another way, the lie feels like truth. We have Ideas, now if we only had the money ...

Kickstarter claims to be every Idea Man's proverbial ship, rowed into port by a thousand helping hands for a few dollars a piece. Total damage done per backer (on average): $30-50, depending. That this average buy-in equals roughly the cost of a video game probably explains why gamers are so keen on the service.

If I only had the money

For a great number of projects, the crowdfunding benefit of Kickstarter is a boon. Start with a great idea, have a plan in place, speak to the masses and pow! For slightly more than what a final product might cost, you can make people feel like part of something important and serve them a product. Win.

One of my favorite Kickstarter success stories is Joulies. This is a product that everyone who drinks coffee (which is a lot of people) can relate to. Your coffee gets cold, Joulies keeps it hot. But not just hot, at just the right temperature.

The makers of Joulies Kickstarted their project after having done the R&D. They had a prototype, a plan, a manufacturer and logistics all worked out in advance. What they needed was the funding to take their idea from prototype to production, the final few steps before "product."

Product, plan, execution and communication. It's business 101 stuff, really, yet they're elements so many Kickstarter projects lack. 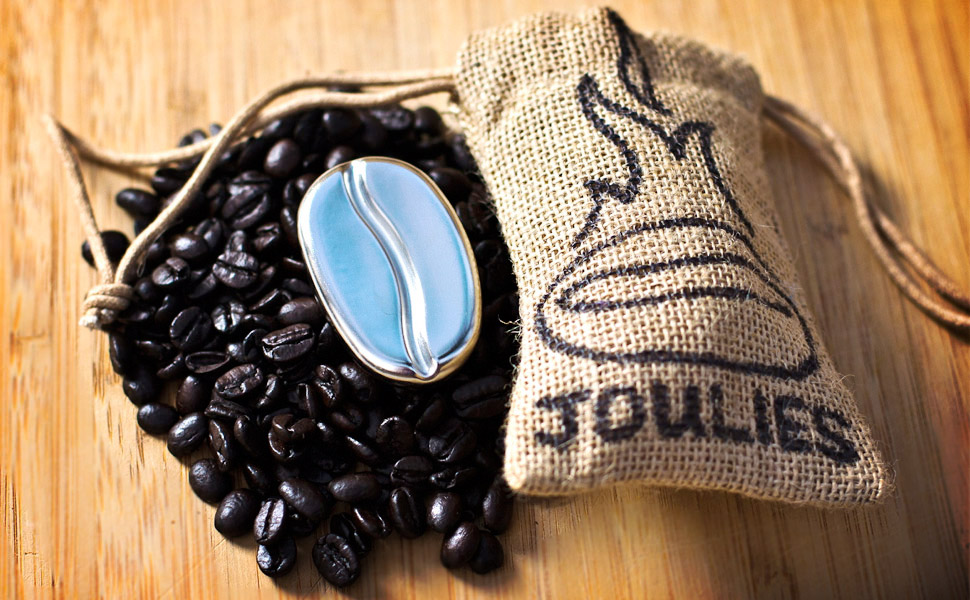 The makers of Joulies needed money, sure, but that's literally all they needed. And they got it. Their pitch was genius, and, no surprise, they got funded. You can now buy Joulies on their website, and they seem to work.

It's also worth noting that not long ago, the Joulies creators made their way onto the hit TV show Shark Tank, where they presented their plan to market Joulies beyond their website store, and scored a deal with the Shark Tank investors. You know how they landed that deal? They had a product designed, prototyped, Kickstarted and already available for sale. They knew exactly what they needed to take the next step into retail distribution and they asked for exactly that amount, no more. And they got it.

A long time ago I worked as a security guard at a museum in Texas, where the summers are sweltering and last for six months. Park your car at the beginning of the day and by the end, when you get in to go home, it's an oven. Anything you leave in there just melts, including, sometimes, the car itself. (Just ask the shifter knob on my '83 Civic.)

I worked at that museum with a guy, let's call him Sal, who had an idea: Portable car ports. As a security guard at a museum, you get a lot of time to stand around and shoot the shit, so I eventually heard all about this idea of Sal's.

Take some fabric, wrap it around some poles, stow it in the trunk and bam: a portable car port. Pull it out when you park your car and the car stays (relatively) cool all day.

Sal was convinced he'd make it rich with this idea. He even had a napkin sketch. Every day I'd hear it from Sal, about how many people told him his idea was great, and how much money he'd make, "If I only had the money ... "

Sal was wishing in one hand and the other was filling up with the same stuff he was putting in my ear.

The thing about this idea of Sal's, though, is that an idea is all it was. It was a good one in at least one way: It addressed a pressing need. People want to keep their cars cool in the summer. This is why windshield shades do such brisk business. But besides the money, what Sal also didn't have was an idea of how exactly to make these carports of his. Nor how much each one might cost. Nor how to get them manufactured or distributed.

I'd ask Sal, as we leaned against the glass wall of the museum, how much money he needed. He didn't know. "Couldn't be much, right?" Right.

Let's assume Kickstarter had existed back then (which it didn't), and that Sal had Kickstarted his car port idea and successfully funded it. I imagine the next six months would go something like this:

That's just a guess at how Sal's plan might go, of course. We'll call it an estimate. But it's not too far off from how a couple of recent video game Kickstarters have turned out.

Double Fine made news this summer with a revision to its Broken Age Kickstarter. The game formerly known as "Double Fine Adventure," and which broke all existing Kickstarter records when fully funded for over $3 million, was supposed to have been made available to backers as an exclusive beta when finished. That plan is still in place, but in the interim, Double Fine has decided it planned too big a game, and will be making a pared down version available to everyone — not just backers — via Steam early Access. For a fee.

Backers will still (in theory) get exclusive beta access to the full game, once it's finished, but in the mean time everyone gets the right to pay for a chance to play an early version. And those dollars spent will supplement the three Kickstarted millions of dollars backers donated to make the game.

Read this again, because it's worth chewing over: One of the most successful and rapidly funded Kickstarter projects on record went on to fail at its primary objective of executing on exactly what it had promised. "Too big a game" being game developer code for "went nuts, decided, 'Fuck it, I'll spend more than what I have and beg for the rest.'" And it happens all the time. 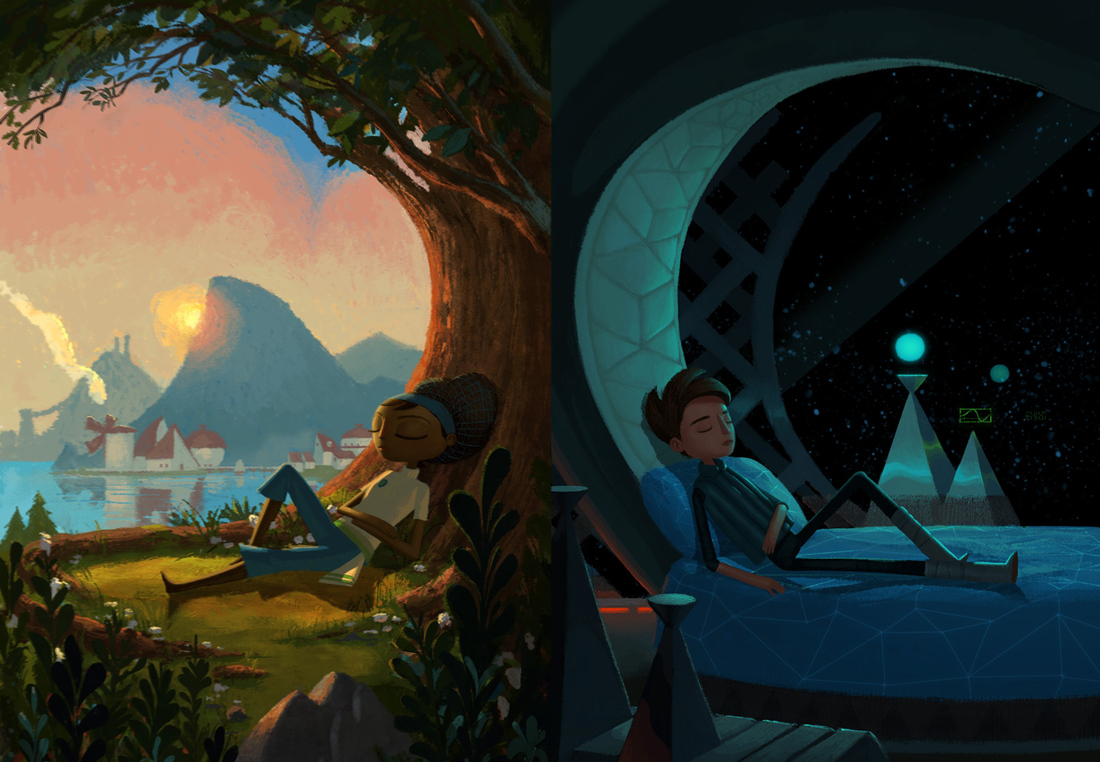 Take this week's revelation that Clang, the swordfighting game with novelist Neal Stephenson's name attached, might not ever get finished. This one, too, got funded and then, it would seem, abandoned, after developer Subutai Corporation discovered it didn't really have a plan after all. The message to funders explaining the collapse reads like high comedy, and Game|Life's Chris Kohler performs an admirable skewering here.

These two projects are just the canaries in the coal mine. There will be many and more Kickstarted games to fail to hit their marks. For the reason why, let's go back to Sal's portable car ports.

The biggest problem with Sal's idea was not that he didn't have the money, the plan or the business acumen; it's that it wouldn't have worked — something Sal would have discovered immediately had he ever made a prototype. Anyone who's ever tried to sit under a beach umbrella for more than an hour or two knows why: The sun moves.

Parking spaces are slightly larger than the cars that fit inside them. So any shade designed to fit within that space would also be only slightly larger than the vehicle it was designed to shade. This means that it would fully cover the car for only an hour or two out of a workday, at around noon, when the sun is directly overhead. The rest of the day the car would be in full or part sun, dramatically lessening the effect of the shade at best, rendering it worthless at worst. Even permanent structures suffer from this defect. Geometry's a bugger.

Still, Sal's idea did have the virtue of being at least a workable concept for a product that could have been constructed using known materials and techniques (just not ones known to Sal) and maybe eventually perfected through research and development (flaps along the sides to shield more of the car, maybe?).

With a little discovery and some elbow grease, Sal might have gotten his product to market and sold a few. Maybe, even, he would have made a fortune. If he only had the money ...

Yet even with its financial, logistical and engineering problems, Sal's idea was still better than most video game Kickstarters, and here's why: No one has any idea how to make any game until they've started trying to make it.

Every video game is a prototype. Every. Single. One. Even a direct sequel to a long-running franchise will include enough tweaks, additions and improvements to force some measure of re-engineering, which involves uncertainty, which can be costly. Just ask the NBA Live team.

But let's be serious, sequels to long-running franchises are not what generally get Kickstarted. Video game Kickstarters are typically for blue-sky projects. Shoot-for-the-moon projects. Fantastical-wish-fulfillment projects of the sort that make game fans slaver and line up to throw money, and that tend to fail even when funded by big-name publishers. Time and again.

And that's the other reason Kickstarter has infested the game industry: Gamers are suckers.

Every video game is a prototype

Free-to-play, MMO subscriptions, in-game marketplaces. Online subscriptions. Social clubs. Mobile/social. The list of ways gamers get willingly fleeced reads like a barker's call at a carny. If you're today's version of Sal, you're using up napkins trying to think of some way to grab money from gamers that somebody hasn't yet thought of. Hook a gamer with a story and a chance to get involved, and you've opened a near-endless supply of wallets. Add a big name to the title, and the Kickstarter flame needs a fan and a block of ice to cool it down.

The problem: Proper planning, clear communication and clean execution are like hot rocks in any creative enterprise, especially game development. Every team strives to hold them, and most drop one or more along the way. Game development is messy. It's iterative, complicated and tedious. And after decades of man-hours and billions of dollars spent in this industry, no one outside of maybe EA Sports and a handful of others has yet devised a way to reliably execute one game after another, on plan, on time and under budget. Over and over. And those people don't need your money. 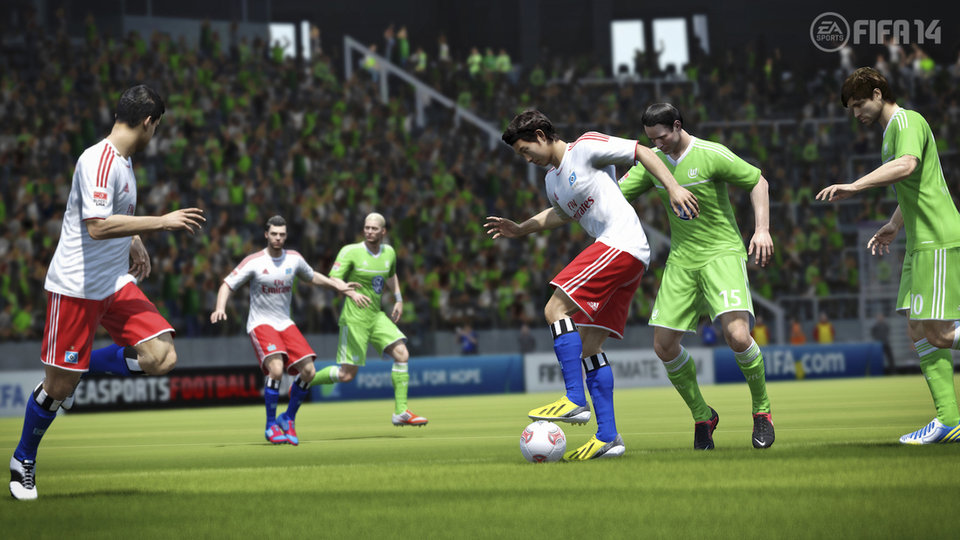 Does this mean all Kickstarted games are destined to fail? No. There are always outliers. And there are even a few interesting test cases where experienced developers with solid records of developing and shipping games have turned to Kickstarter with prototypes, plans and execution ideas fully in place. Even these projects are subject to the uncertainties involved in any creative project, but a large percentage of them may get finished. Whether they will then be good games is an entirely different question.

The fact is, video games are too volatile a creation to be planned and executed on the scale of a Kickstarter pledge. In an industry where even the most talented leaders often miss by months and millions of dollars, it is insanity to expect any but a few of these projects will succeed.

So it's to you, the dreamer, the backer, that I write this last: If you're backing a video game, hold out both hands and start wishing. Then bet on the hand that fills up first.

This post has been edited to remove ambiguity over the details of the Double Fine kickstarter.