Angry Birds Go, the upcoming kart racing installment in Rovio Entertainment's bird and pig-focused franchise, will get Jenga and Telepods tie-ins, according to an announcement from Hasbro today.

According to product packaging found at Toys R Us' website (see below), Angry Birds Go is set to launch Oct. 31. A representative from Rovio declined to confirm the date but said that a "full reveal will be coming very soon, in October." 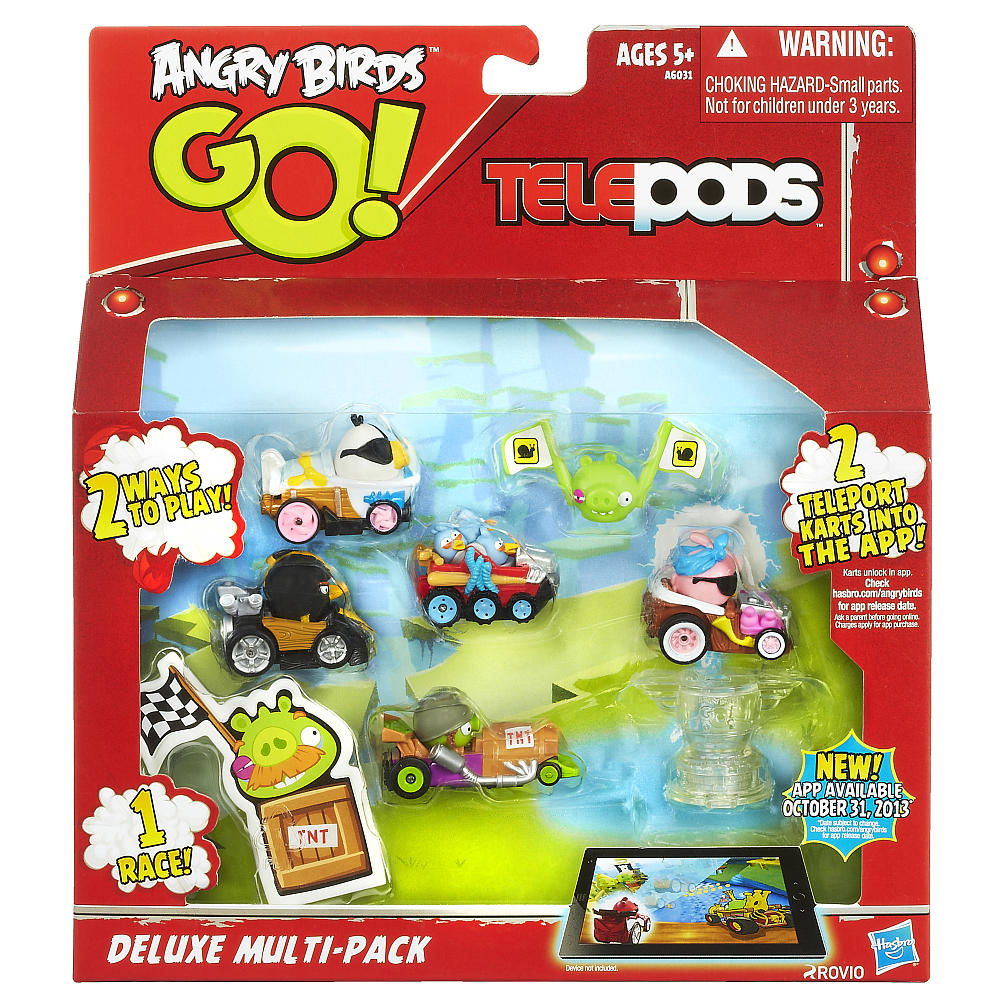 Hasbro has given each of the products, which serve as real-world games and video game tie-ins, an approximate price and a fall 2013 release window.

Hasbro will also release four Jenga/Angry Birds Go mashups, ranging from $9.99 to $29.99. Each will include codes to unlock in-app content.

Rovio teased the kart racer in late August with a trailer. The developer has yet to release more information about the game, such as platform, price and release date.