Share All sharing options for: How Rovio hopes to go beyond Angry Birds and become a 'powerhouse'

Angry Birds creator Rovio may have earned its initial bread and butter with mobile games, but according to executive vice president of games Jami Laes, the company is rapidly working towards creating more "holistic" brand experiences.

"In the beginning we were a mobile games company," Laes told Polygon during a recent event in New York City. "There's no question about that, it's how we got started. But we're off to a good start at becoming an entertainment company, and we do work in-house and with partners on video and animation.

"It's not only about games, it's about the physical side of things: consumer products, toys, books and all kinds of things on the educational side," he added. "So it's a lot more than games — but of course games are still in many ways at the heart of the company. That's where we got started and where the bulk of the creative talent in the company works still. That's our history, our evolution, so we continue to see games as the core part of the entertainment company that we're building.

"We've got a lot of aspirations to make it a big thing for us, and we're moving towards becoming that next-generation entertainment company, or entertainment powerhouse, if you will. We're trying to be humble, but we think we're off to a good start."

Laes noted that aspirations to achieve those rounded experiences are high within the company, but mobile games will still sit at the forefront.

"There are a lot more mobile phones and tablets than there are any other things in people's pockets that can be that first [entry point]," he said, noting that the company's games have been the ever-important gateway introducing new consumers to Rovio's franchises.

Although games are still a major focus for Rovio and continue to make up a bulk of the company's offerings, Laes said Rovio is working to create a more well-rounded lineup of offerings moving forward. Laes noted that one of these major properties is the Angry Birds film. Although he couldn't share more details, he confirmed the movie will hit theaters on July 1, 2016.

As for the decision to create a longform film property, Saara Bergstrom, vice president of Rovio's marketing and communications division, said that Rovio saw early signs of the film's potential in the company's fanbase.

"It's been an evolution."

"It's been an evolution; we've always known that are characters really resonate with our fans, we've seen that from the get-go," she said. "We started experimenting with animated content a couple of years back, and we saw our YouTube channel got a huge [positive] reception. Then we got the idea of telling the birds and the piggies' story in more detail. In less than seven months we got 1 billion views on Toons.TV, which is an amazing result considering it's on the mobile platform."

Moving forward, Rovio is not planning to put all its eggs in one basket: despite the growing focus on its animation properties, Laes said the company is looking into expanding each of its media sectors equally and combining more elements of its digital and physical goods.

"It's going to always be a combination of [all media] and more, and it's not only toys — it's physical overall, like books and apparel," he said."Our toys are a great example of that, and Hasbro is one of our key partners and one of the most visible ones. But there's a lot more we can do in the future with the combination of physical and digital. I think we've only scratched the surface on that. 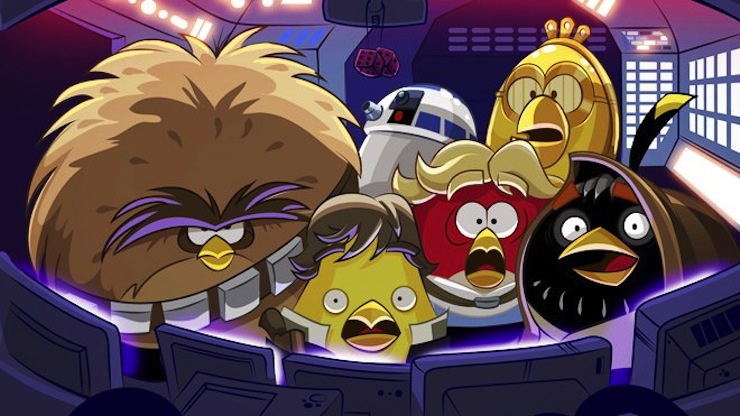 "The next big thing for us in the coming years is, how do we weave all of that together in a better way so that the fan experience is more holistic, more 360?" he added. "Rather than have this and that, we want to figure out how it can combine and bring it all together so that it's more than the sum of its parts."

"Everything that we put out — [for example] when we're thinking about Angry Birds Star Wars 2 — every single product or game or Telepod [toy] or animation, they're all telling the same story," added Bergstrom. "When you look at them, we want you to recognize that they're all part of the bigger story we're telling."

Laes hopes that "pure gamers," consumers who only have a real interest in the Angry Birds games themselves, will still feel that the gaming brand is well-rounded and "360," even if they don't watch the cartoons or buy the physical goods. Rovio wants its fanbase, no matter which areas they choose to participate it or pass on, to recognize the presence of Angry Birds at every level, on store shelves and nestled in pockets.

"We want you to feel it's a powerful brand, it's a multimedia property with multiple entry points," he explained. "When you're telling the same story through all these different outlets and touch points for the consumers, I think it's going to be bigger than the sum of its parts."

"I think it's going to be bigger than the sum of its parts."

To naysayers that believe Rovio is a one-hit wonder when it comes to its games, Laes notes that the company is "only getting started." This past spring the company launched Rovio Stars, its initiative to publish and support hand-picked mobile games. Laes noted that with Stars, Rovio has lots to choose from but will gravitate towards properties it feels have the same brand potential as Angry Birds.

"Of course Angry Birds is very important to us and we want to keep building it — but at the same time, we ourselves have a lot of stories that we want to tell and some of those might involve different characters and universes, eventually," he said. "I don't see us staying with Angry Birds only in the next couple years; I'm personally very keen to change that perception through games."

As for its current Rovio Stars games, which include mobile titles Icebreakers: A Viking's Voyage and Tiny Thief, there are currently no plans to make them too prolific. Laes said Rovio doesn't want to flood the current market with these properties — as the company is currently going strong with Angry Birds — and will continue to be highly selective in the games it publishes. The current plan is to publish around four of these games each year. But farther down the line, Laes hopes that newer properties acquired by Stars could become multimedia like Angry Birds. 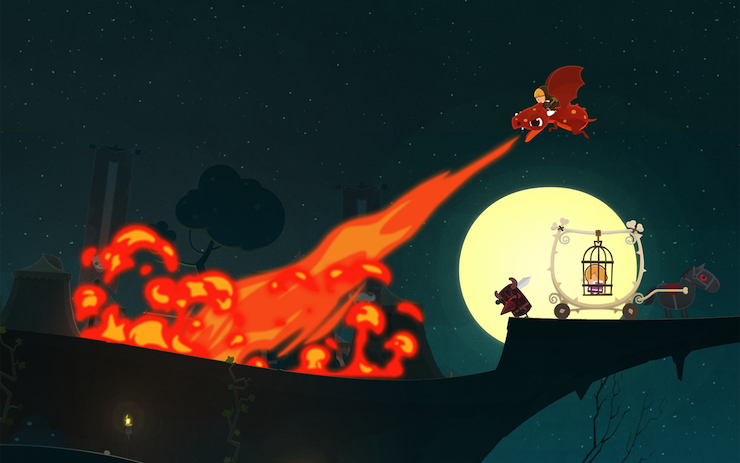 "One of the promises of Rovio Stars is to find great franchises that could potentially get the so-called 'Angry Birds treatment' and benefit from other areas of our company," Laes said. "Our aspirations when we sign those games is to potentially build them into that kind of a franchise for us and for the developer."

Laes said Rovio will continue to focus on providing its fans with short-form media content, games with bite-sized levels and cartoon shorts. This is because Rovio is catering to the "mobile lifestyle," as Laes called it, providing content just long enough for players and viewers to digest during their morning commute or short office waits.

"Short-form is just more popular and more suitable," he said. "When you're on the go, when you're waiting for a bus or a friend or your coffee, you don't have 30 or 42 minutes to look at a full episode [of something.] Short-form is the next generation format for a lot of people, and it works best on mobile. Of course for some people, longer stories might work better, and that's where we have the film and physical toys. We're always thinking about this with the new stuff we're doing."

As for the next generation of consoles, Laes said that as a company dedicated to developing "360 brands," Rovio will be looking into ways to take advantage of the new wave of hardware and the features they have to offer.

"Rovio wants its brands on the couch, on the shelves and in your pocket, so yes, we're interested in the new forms of entertainment that these consoles will bring to the living room and how they'll be adopted by fans," he said. "We need to figure out the right way for us to be a part of that living room experience. But personally, I'm watching very interestedly."