Three of the add-ons are skin packs. The pack with the Gotham by Gaslight Batman and Brightest Day Batman outfits is exclusive to the season pass. Also included are the New Millennium Skins Pack and Infinite Earths Skins Pack, each of which features five Batman costumes and one for Robin.

Arkham Origins' season pass also comes with the Initiation DLC, which lets players train on challenge maps as Bruce Wayne before he became the Dark Knight, and a new story campaign. According to Warner Bros. Interactive, the total price of the five packs, if purchased individually, is $30. The Arkham Origins season pass will be available on all four platforms the game is being released on: Xbox 360, PlayStation 3, Windows PC and Wii U.

Warner Bros. Interactive's language seems to suggest that this won't be the only DLC for Arkham Origins, and that other content will fall outside of the season pass: The publisher said the season pass includes "five of the game's upcoming downloadable content packs."

You can check out a promotional poster for the season pass below. For more on Arkham Origins, check out our recent write-up of a hands-on session with an early boss battle. The game launches Oct. 25. 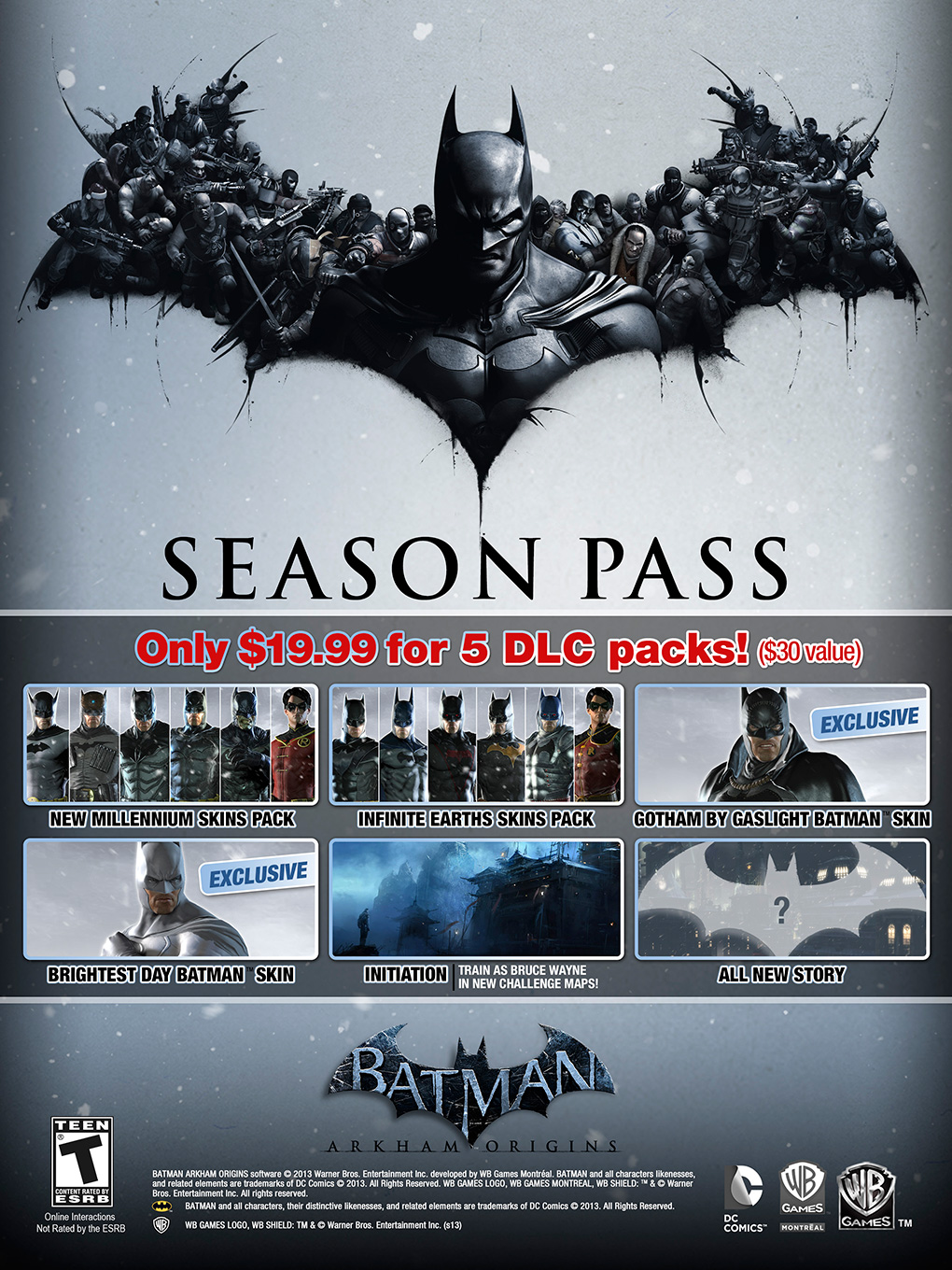