Microsoft and Sony could be ‘hostile’ to AMD’s Mantle API, Carmack says

Share All sharing options for: Microsoft and Sony could be ‘hostile’ to AMD’s Mantle API, Carmack says

Yesterday, AMD revealed Mantle, an API with which developers can access graphics hardware more directly, and one that Microsoft and Sony could end up being "downright hostile" toward, according to a tweet from id Software co-founder and Oculus VR CTO John Carmack.

The idea behind Mantle is to give developers low-level access to the native language of AMD's Graphics Core Next architecture, thereby easing the process of optimization for the company's Graphics Processing Units. The theoretical advantage is that, as opposed to high-level APIs like OpenGL and Direct3D that allow broad optimization over a wide swath of GPU hardware, developers can customize their products specifically for AMD hardware.

Coupled with Valve's announcement yesterday that the company will be "working with multiple partners" to create hardware running the Linux-based SteamOS, AMD's announcement — which may offer developers the kind of hardware optimization options that exist when developing for hardware-locked consoles — may create tension between Microsoft, Sony and AMD because of next-gen hardware. 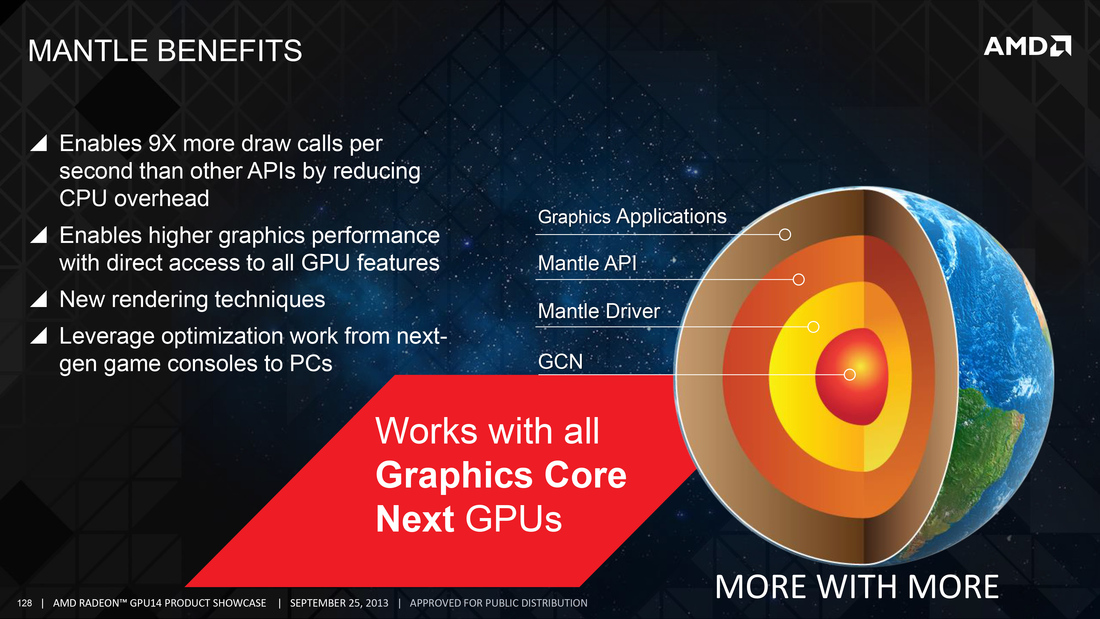 "Considering the boost Mantle could give to a steambox, MS and Sony may wind up being downright hostile to it," Carmack wrote.

In subsequent tweets, he acknowledged that he doesn't "know the details," but that "it is pitched as a console level hardware access for the PC from AMD."

Mantle could potentially abstract the operating system away and allow developers to concentrate on GPU hardware optimization.

"A good graphics API won't have many process transitions," he wrote, "so OS efficiency won't matter much. It should be mostly memory writes."

For more on how AMD processors made their way into the PlayStation 4, Xbox One and Wii U, and how the company hopes to use that advantage across the console and PC space, be sure to read our interview with representatives from AMD.