Details of an Xbox One demo tour have been outed by a premature posting on a Microsoft website.

A NeoGAF user posted a link to the tour's online advertisement, since removed, that offered details of a 36-city tour of the United States and Canada (update: includes Europe too - see below). Although screenshots from the page show locations, they do not show dates, although the tour is clearly designed to take place prior to Xbox One's launch on Nov. 22.

"Xbox One is hitting the road with four decked out Xbox One trucks," stated the online advertisement. "We'll put a controller in your hands, a game on the screen and a spring in your step."

A Twitter account has been created for the tour, which is likely to offer more details in the near future. Polygon has contacted Microsoft for more information.

Update: The "Area One" Tour has been confirmed. Microsoft has officially released the tour dates, as follows, which include non-North American locations.

"The Xbox team is taking Xbox One on the road," stated the announcement. "We're offering you the chance to experience the new generation of gaming before Xbox One launches on Nov. 22. Beginning on Oct. 1 through the end of the year, the Xbox team will visit over 75 different cities around the world through a series of experiential events. The "Area One" tour will let people in the U.S., Canada and Europe get hands on with the Xbox One line-up of blockbuster games through a series of experiential events, while the Xbox One "Test Drive" will see Xbox hitting the road like never before to give people hands-on gameplay in unexpected places." 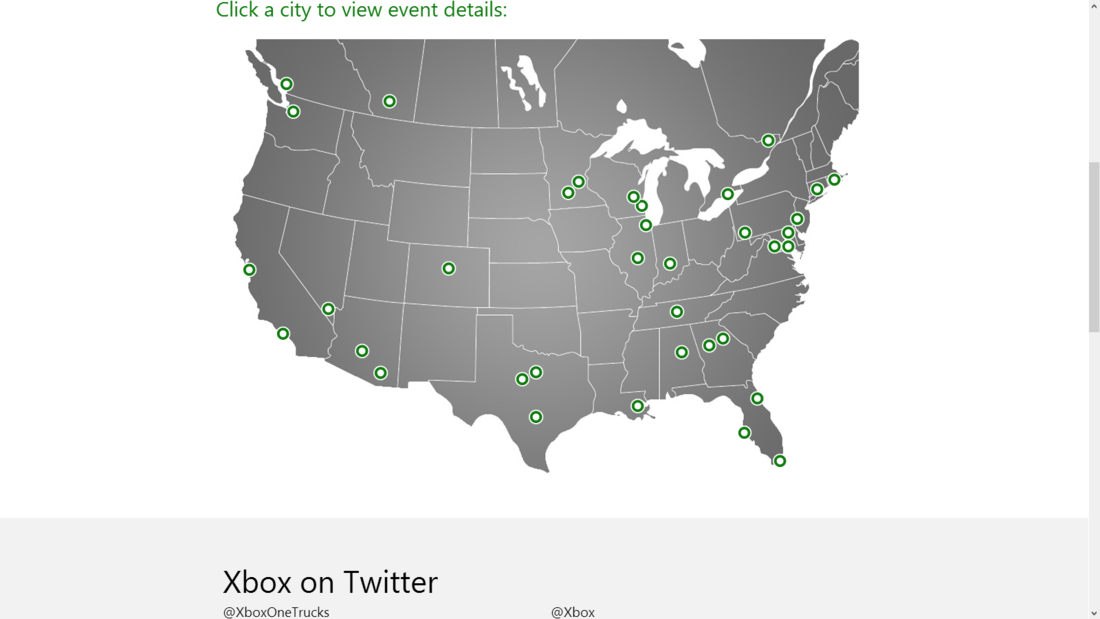